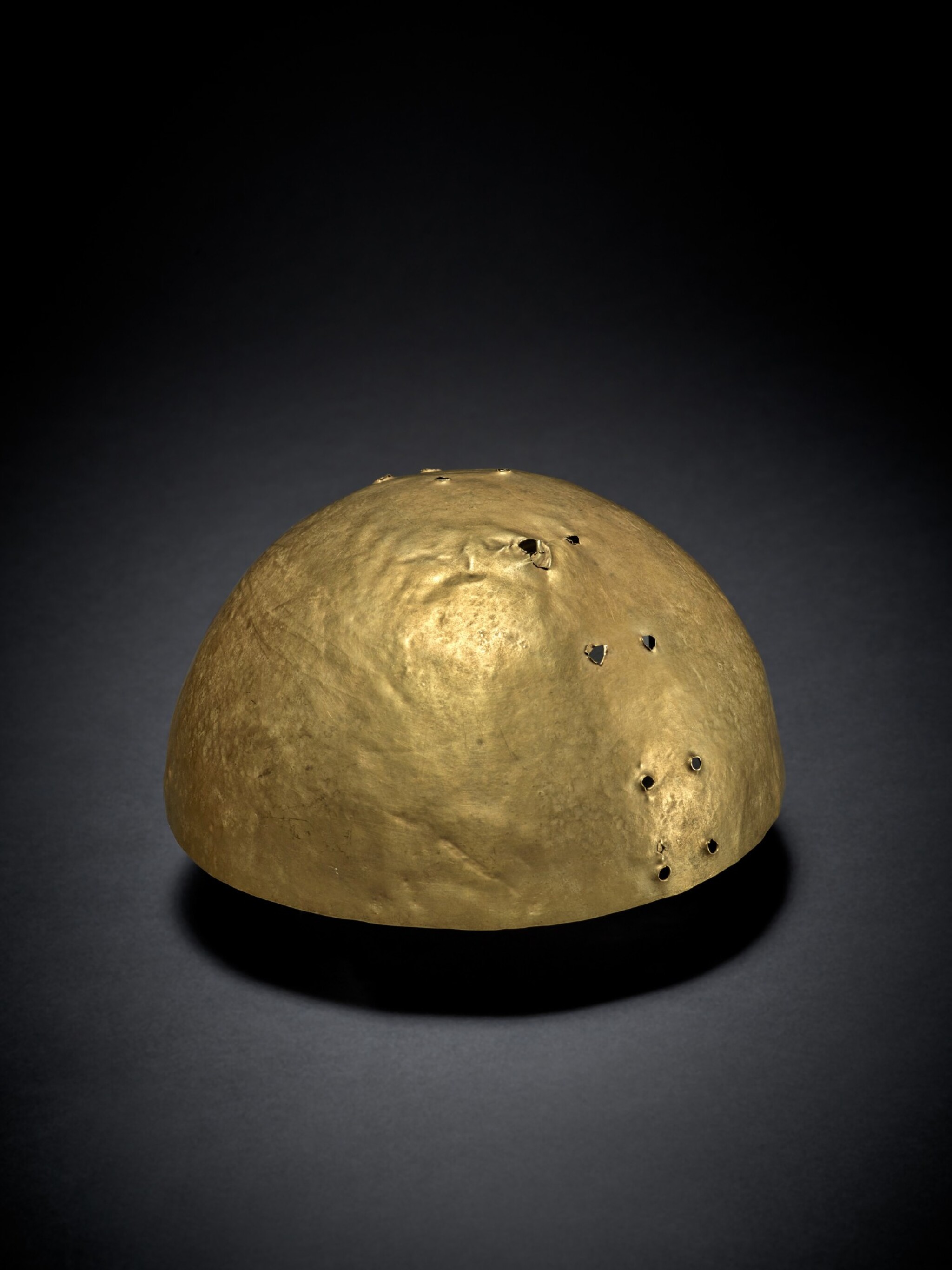 The deep hemispherical helmet is of even section overall and perforated along the central spine with sixteen holes composed of eight sets of paired holes evenly spaced. The perforations are punched through from the interior. The exterior surface is of matte texture and the interior glows with a high sheen.

The rounded gold caps were made as part of funerary costume for important caciques, found in the Isthmus region as well as in Colombia. Some were repoussé with designs, but many were pure forms, such as this example, on which additional adornments could be placed using the perforations.