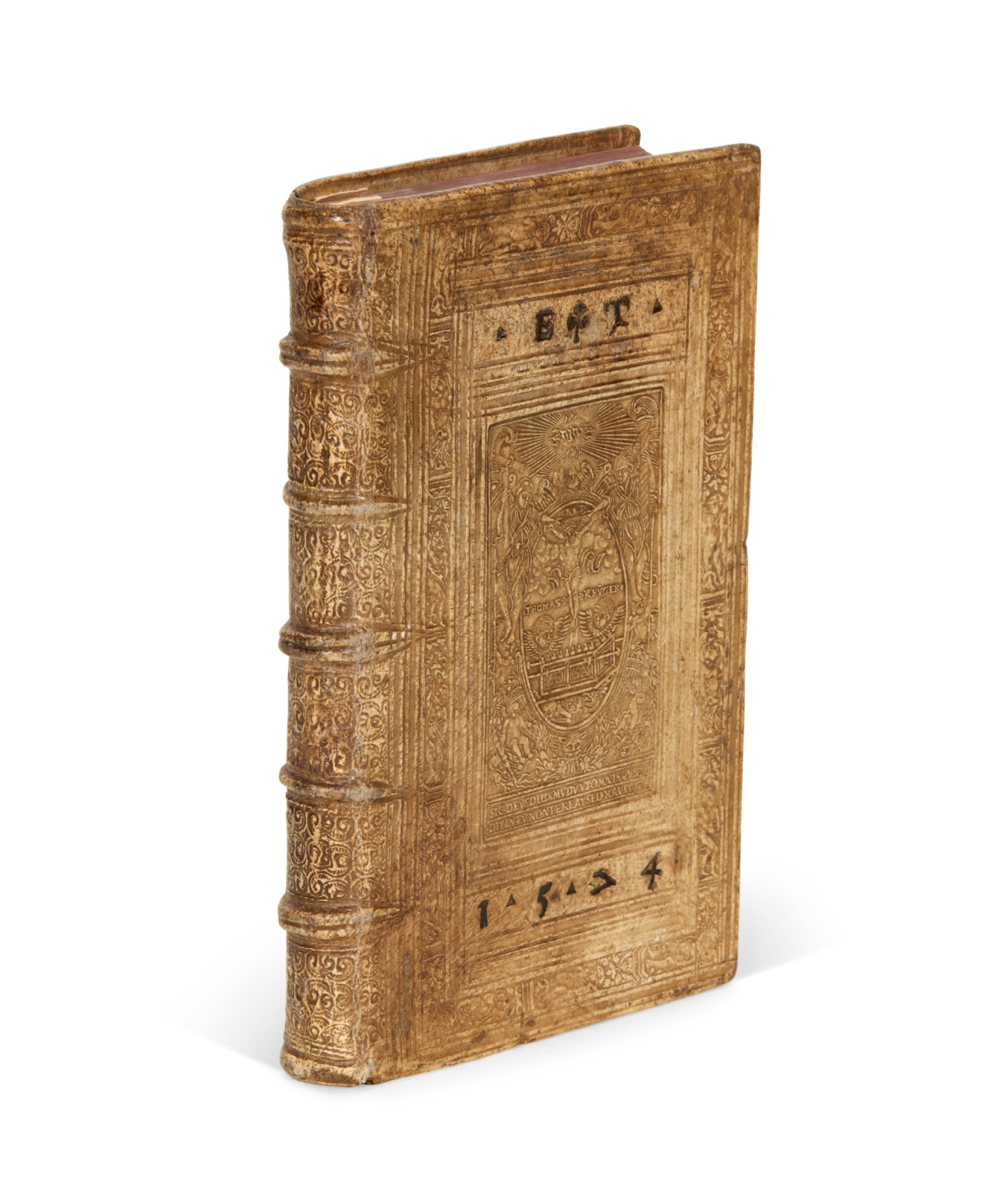 8vo (176 x 105mm.), woodcut device on title-page, woodcut initials and headpieces, with final blank leaf, contemporary pigskin by Thomas Krüger, panel stamp of the Crucifixion on upper cover and the arms of Augustus of Saxony on lower cover, the initials ET and the date 1574 tooled in black on upper cover, red edges

The binder Thomas Krüger was active in Wittenberg in the late sixteenth century; his name appears in the middle of the panel stamp of the Crucifixion.

De Serres was a Hugenot living in Switzerland, whence he had fled following the St Bartholomew's Day Massacre. This is one of a series of works he wrote about the French Wars of Religion, in which he blamed Catherine de' Medici for the plight of the Protestants in France, though he was later employed by Henri IV as an official historian.