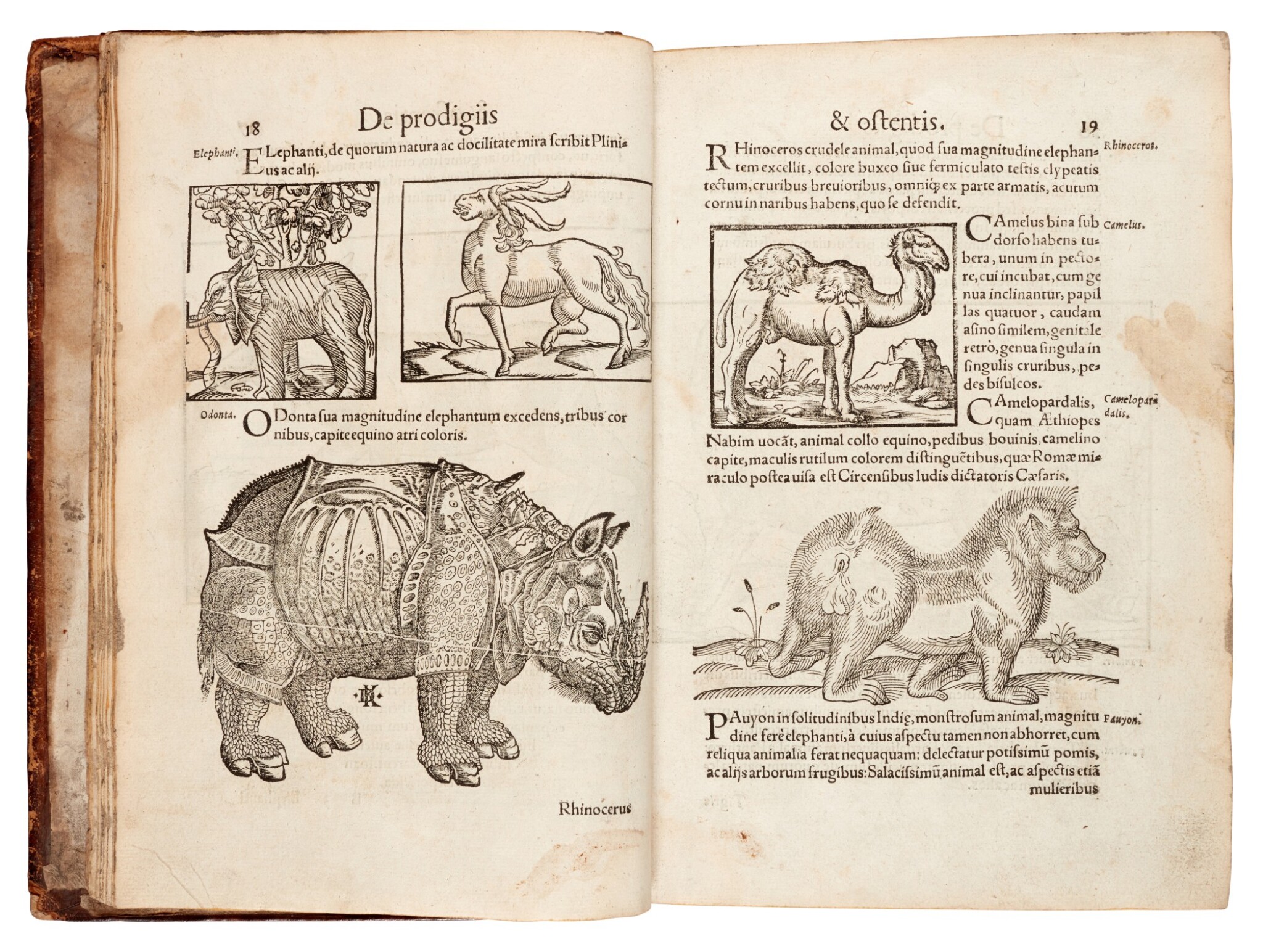 A fascinating "wonder book", a chronicle of strange events from the beginning of time to the present day, profusely illustrated with more than 1500 woodcuts. Lycosthenes based his work on that of Julius Obsequens, a late antique writer of the Liber de prodigiis (containing relevant extracts from Livy), which Lycosthenes had edited for publication in 1552 with woodcut illustrations, which were subsequently reused and the text expanded for his own work, bringing Obsequens's narrative up to modern times. The illustrations show monstrous births and human deformities, earthquakes, comets, and even a UFO over Arabia in the fifteenth century.