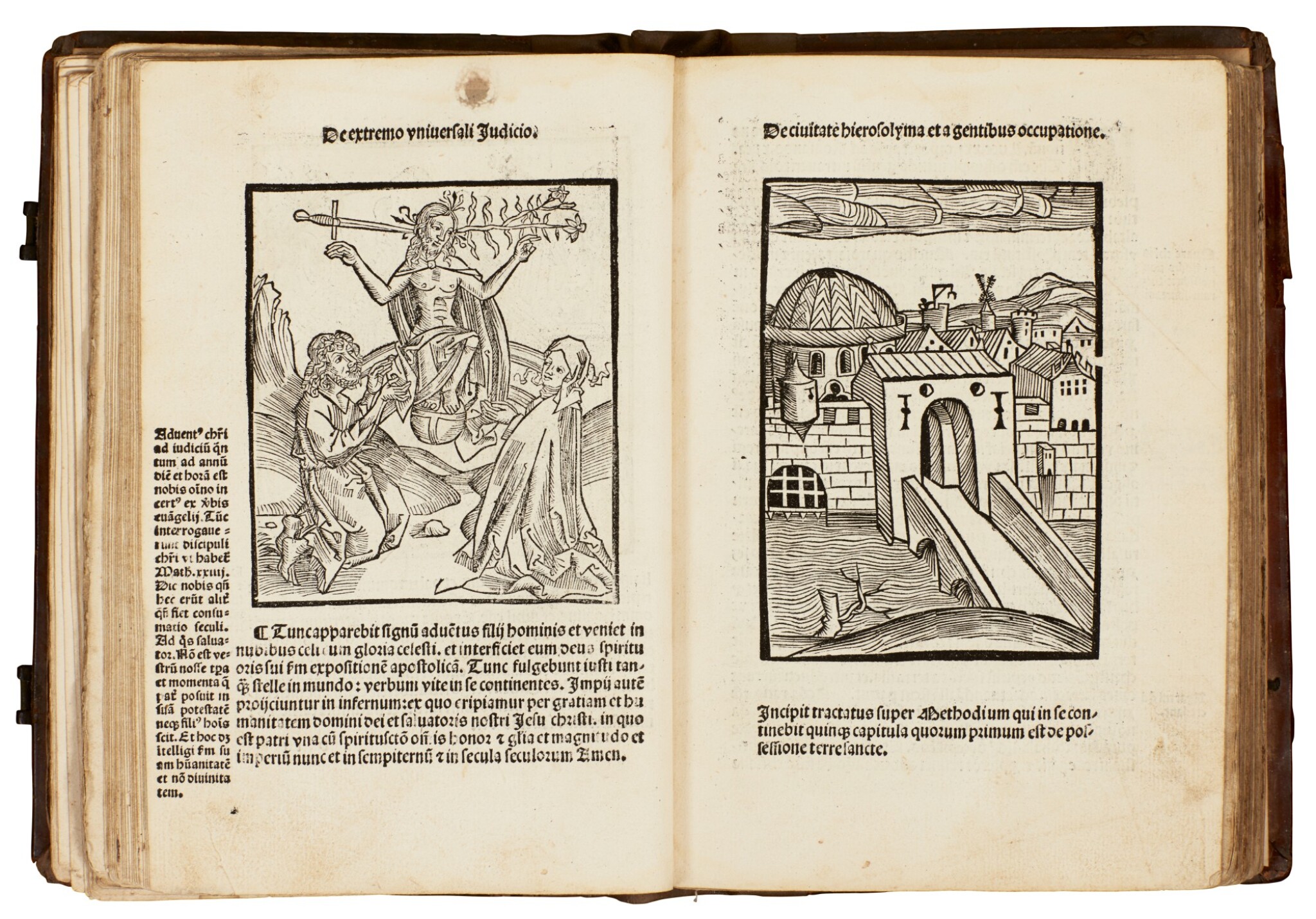 Geoffrey of Monmouth, and others

A volume of five works by Geoffrey of Monmouth, Leonardo Bruni, Methodius, Tiraqueau and Grapaldi, with English recusant provenance, comprising:

METHODIUS. [De revelatione, edited by Sebastian Brant and Wolfgang Aytinger]. Basel: Michael Furter, 1515, woodcut on title-page, woodcut illustrations, woodcuts on a3-4 stained with ink markings to cover the nudity of the figures

The Revelations of St Methodius (died 312) were first published in 1496, and Brant's version was first published by Furter in 1498, with woodcuts. It is surmised that the author is more likely to be the Augsburg monk Wolfgang Aytinger, and it was written in the context of a planned crusade against the Turks.