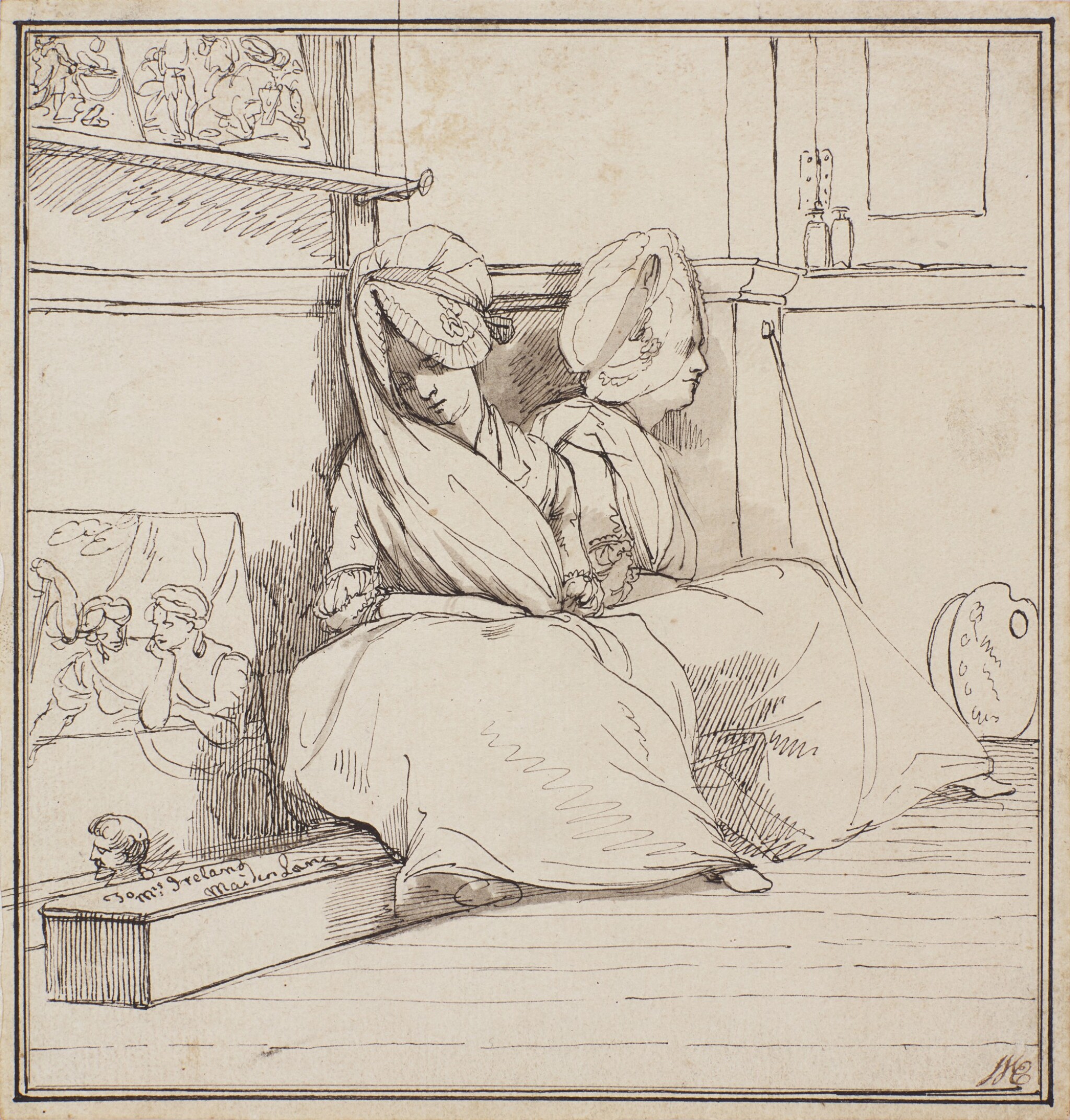 Pen and black ink and grey wash on laid paper;

The pen and ink and wash remain strong and close to their original state. The paper has discoloured very slightly and some surface dirt is in evidence. There is some foxing in the upper part of the sheet. Despite these small defects, the drawing appears in good condition

G. Benthall, John Hamilton Mortimer ARA, Drawings and Engraved Works, with a Revised Account of his Life, typescript MS, completed 1950s, deposited in the Victoria and Albert Museum, p. 132A;

This striking image dates to circa 1775 and may show the interior of Mortimer's studio which, at this period, is recorded as being close to Maiden Lane in Covent Garden.

Having belonged to both William Esdaile and Leonard Duke, this work has a distinguished provenance. Furthermore, Mortimer's inscription - To Mrs Ireland - reveals for whom it was originally drawn. Mrs Ireland lived near Maiden Lane with her husband John, a watchmaker and writer. The Irelands were close friends of Mortimer's: she was one of the signatories to the artist's will, while Mortimer painted him in oils in circa 1778/9.1