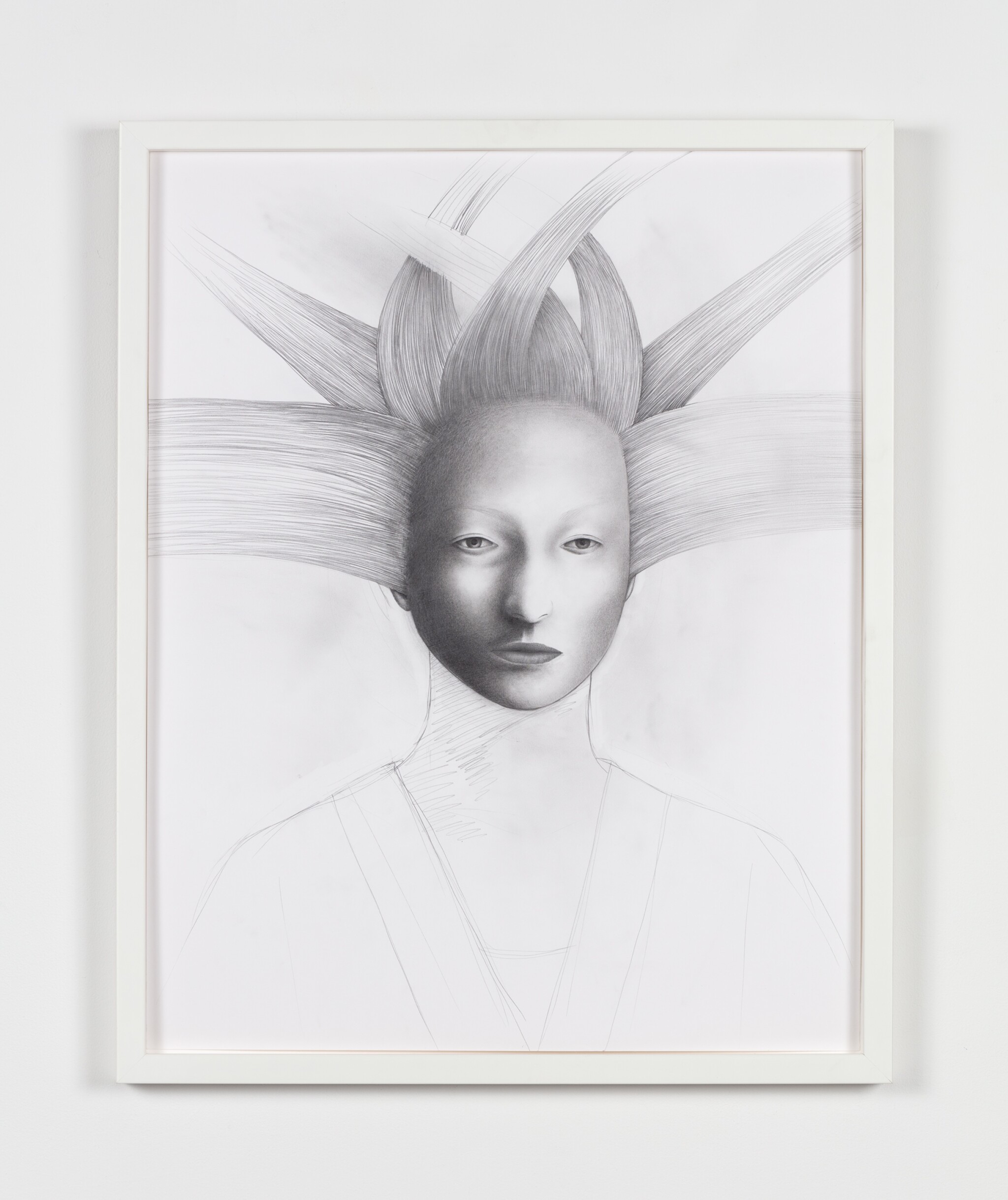 Excellent condition. Some smudges and handling marks on frame.

Aya Uekawa's subject matter is almost exclusively women. Though the lack of sufficient representation of women in various professional fields remains a significant issue, the themes behind Uekawa’s work go deeper than the artist and her characters’ shared poker faces would belie. In the larger national discussion of marginalization and the hierarchy of discrimination, the Asian perspective is often dismissed or placed on the back burner of presumed cultural priority. Uekawa’s work reflects on the "othered” American existence, while both rejecting and appropriating what many consider to be white-western standards of beauty and success. Her sketches and paintings are a reflection of psychological innerworkings—expressions of feelings like fear, vulnerability, and hope.