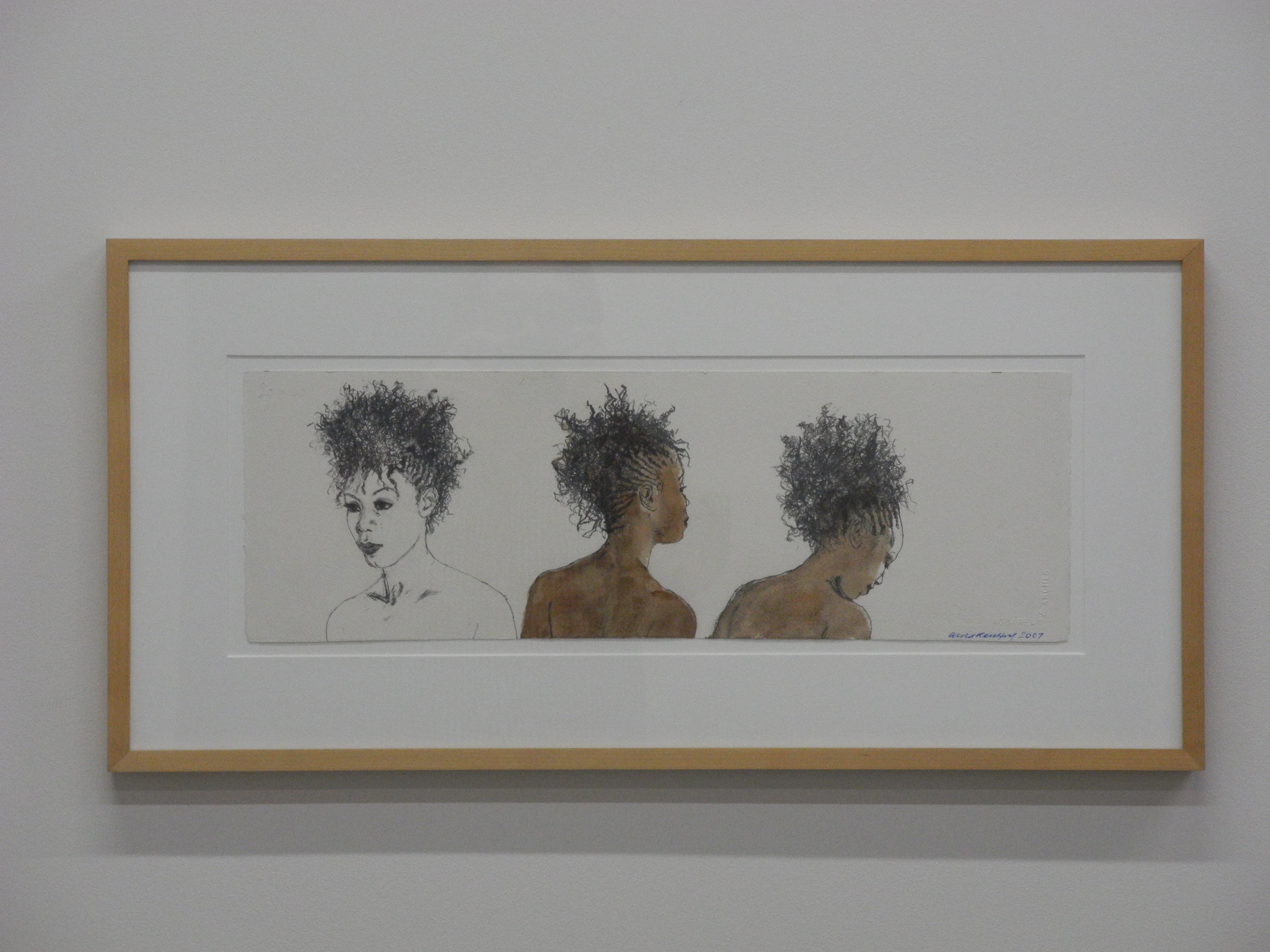 Graphite and watercolor on paper

This piece is in excellent condition. floats in frame. Paper has deckled edges.

David Remfry is perhaps best known for his large-scale watercolours, often of people dancing, his landscapes of New York and his portraits of residents and friends painted and drawn during his twenty years living and working at the Hotel Chelsea, New York City. Though many of Remfry's works depict crowds, nightlife, and dancing, his oeuvre extends to renderings of quiet moments of contemplation, highlighting his agility with, and the delicacy of, his chosen medium. The fascination with moving figures, strong skill for observation and profound love of people have granted Remfry the ability to use watercolors as his primary medium and perfect it beyond the sketch-like appearance on paper.

Remfry is a long-established Royal Academician, who has had over 50 solo exhibitions. His work is included in the permanent collections of museums all over the world including the Victoria and Albert Museum, the National Portrait Gallery in England, the Minneapolis Museum of Art, and the Boca Raton Museum of Art. Since 1987, Remfry has been a member of the Royal Watercolor Society in London and in 2001 he was awarded the Honor of Member of the British Empire by Her Majesty Queen Elizabeth II for services to British Art in the USA.