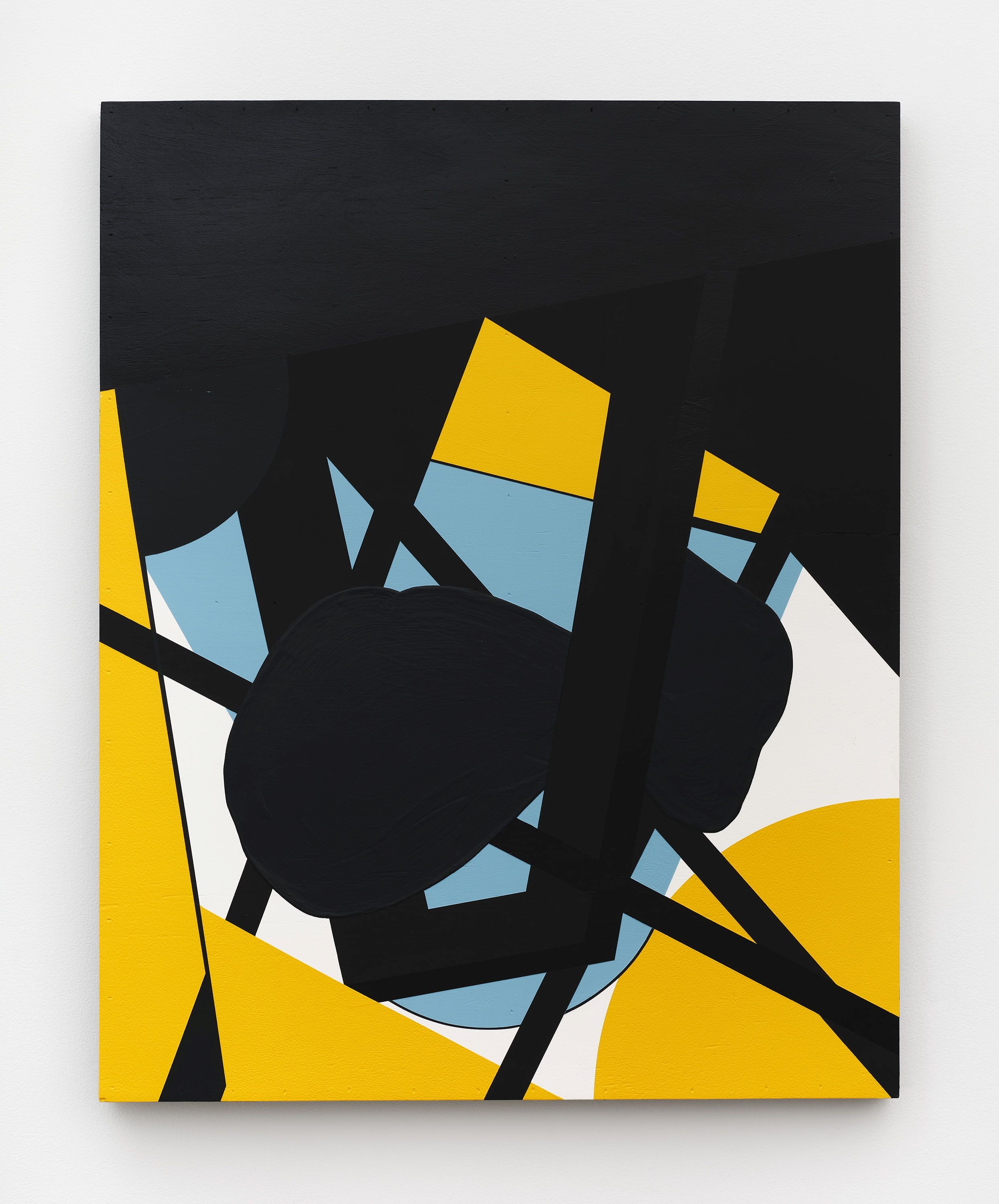 This piece is in good condition. 4 1/2 in horizontal crack in wood panel on right edge, 17" from top. Unframed.

Courtesy of the artist and Marianne Boesky Gallery

Influenced by his early experience as a refugee, Johannesburg-based artist Serge Alain Nitegeka produces works that address issues of identity sparked by forced migration and cultural and political borders. His installations present obstacles that promote participation in this metaphoric experience: they physically bisect three-dimensional space and use the viewer as a further disruptive variable, resulting in a tableau vivant of sorts. To document his ephemeral structures, Nitegeka makes paintings of them, a ­process he considers a reprieve from the mental intensity of building those massive works. Serge's acute, investigatory aesthetic sense places him within the rich art historical cadre of minimalism and abstraction, while the larger concepts he tackles resonate in the atmosphere of today's global politics.

Nitegeka won the 2019 Grant-Award, from the Barnett and Annalee Newman Foundation; the 2018 Villa Extraordinary Award for Sculpture by the Claire & Edoardo Villa Will Trust; the 2010 Tollman Award for the Visual Arts, and in the same year was selected for the Dakar Biennale, where he won a Fondation Jean Paul Blachère prize.