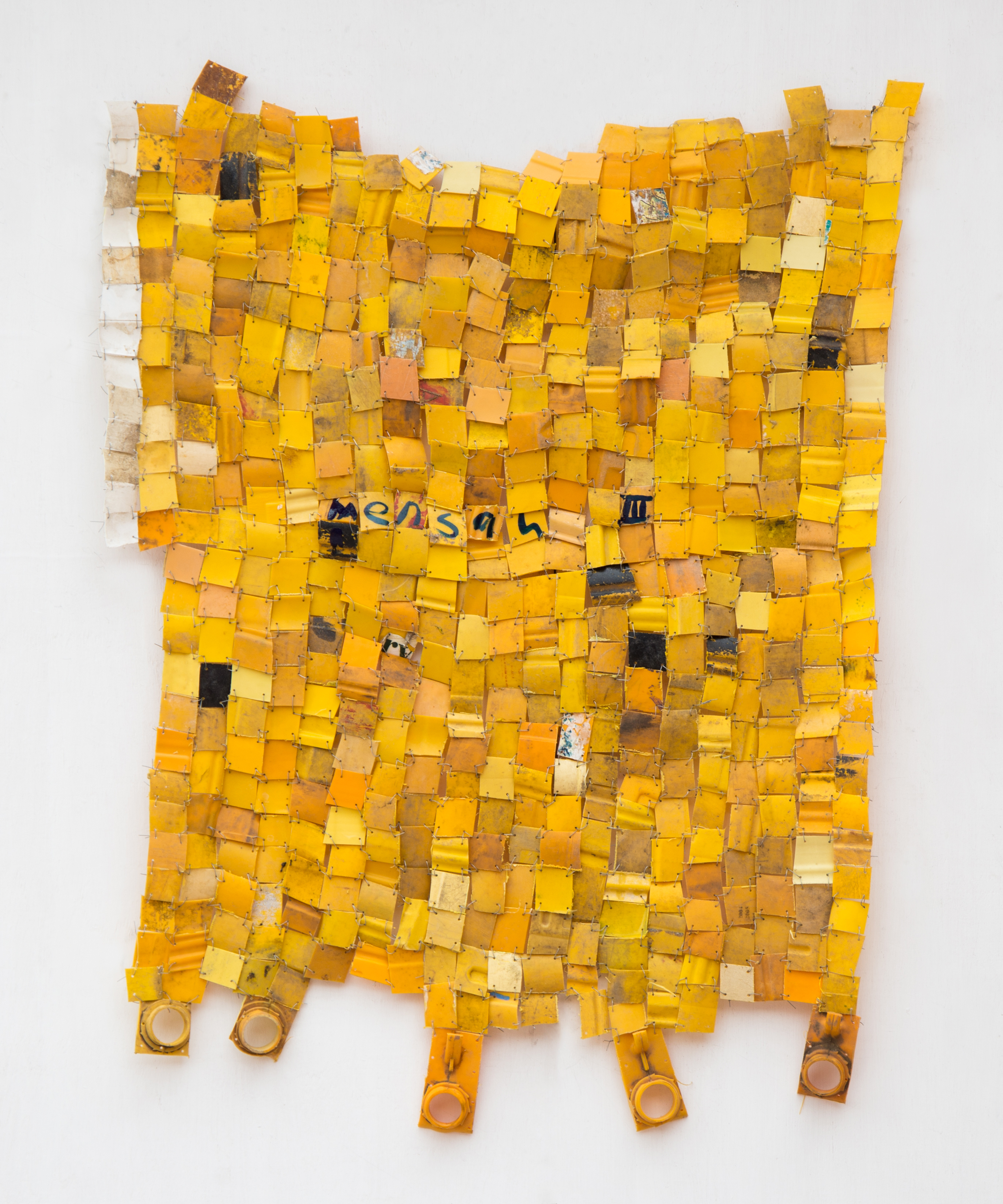 Serge Attukwei Clottey's work examines the powerful agency of everyday objects. He works across installation, performance, photography and sculpture, exploring narratives of personal, family and collective histories, which often relate to trade and migration. Based in Ghana, but exhibiting internationally, Clottey is the creator of Afrogallonism, an artistic concept that comments on consumption within modern Africa through the utilization of yellow gallon containers. Working in found materials such as flattened Kuffuor gallon, jute sacks, discarded car tires and wood pieces, Clottey forms abstract formations onto which he inscribes patterns and text. In doing so, he elevates the material into a powerful symbol of Ghana’s informal economic system of trade and re-use. While some surfaces resemble local textile traditions such as Kente - a key reference in west African Modernism throughout the 20th century - others refer to barcodes and feature Chinese characters in reference to the emergence of new power structures in Ghana. With aspects of activism prevalent in his practice, his works challenge convention and advocate the importance of creativity. In August 2019 Clottey received the award of Honorary Doctorate of Arts from the University of Brighton.