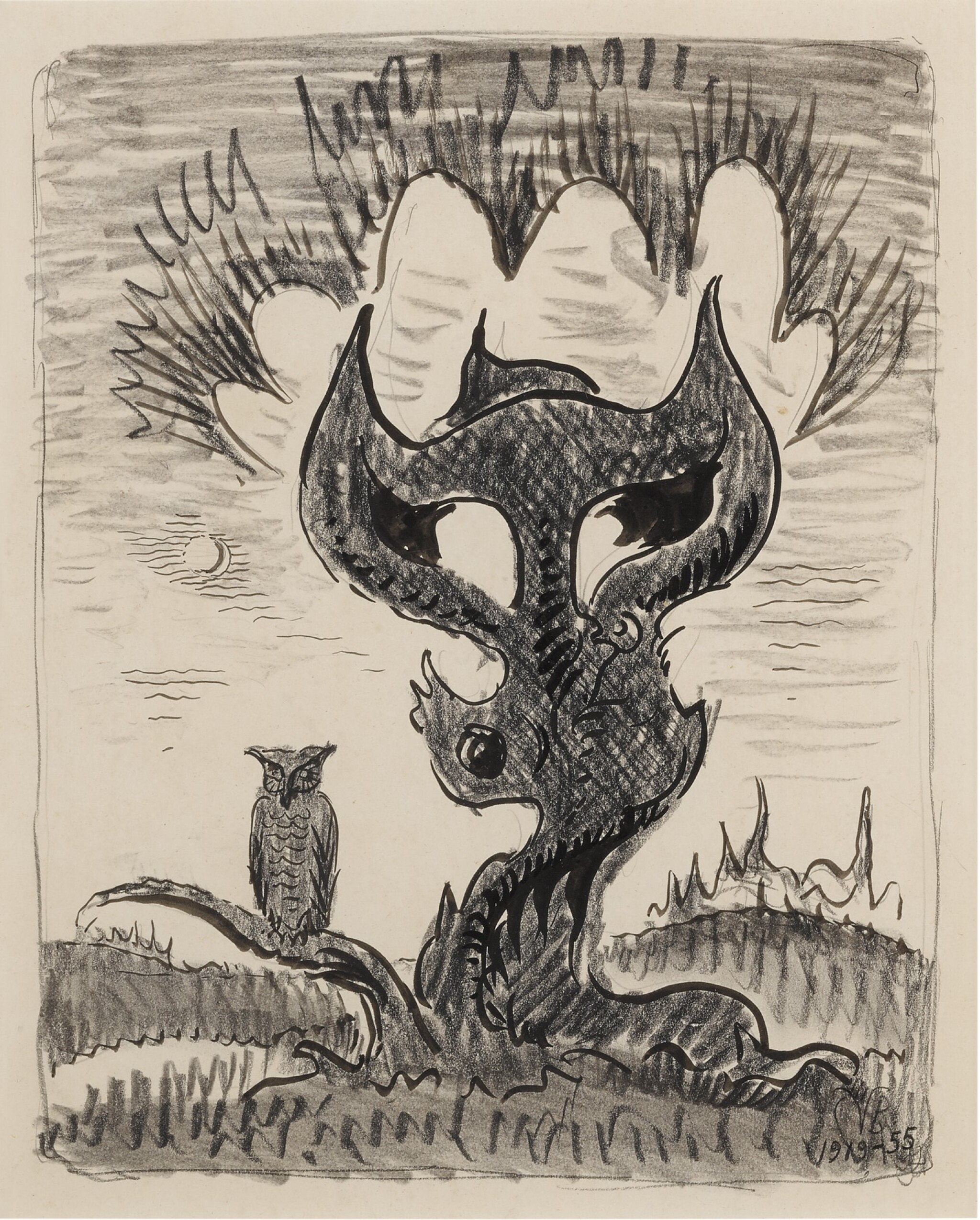 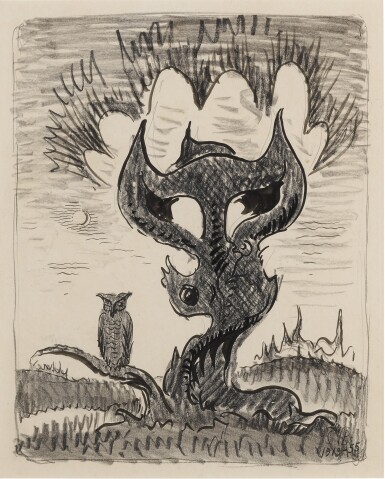 signed with artist's monogram CEB, dated 1919-55 (lower right) and titled The tree of the owl (along the lower margin)

ink, charcoal and pencil on paper laid down on paperboard

The paper sheet is laid down to a paperboard support which is mounted to its mat along three sides. The paper sheet is slightly toned and there is mat burn along the extreme outer edges of the sheet. There are a few scattered small spots of staining along the outer margins and a small pindot of possible accretion in the white background at upper right. There do not appear to be any tears creases or losses to the sheet.

Collection of Peter Ornstein
Acquired by the present owner from the above, 2009

According to Nancy Weekly of the Burchfield Penney Art Center, Buffalo, New York, "In 1919, after being discharged from the U.S. Army with the rank of Sergeant, Charles E. Burchfield returned to his home in Salem, Ohio. His artwork often expressed a more somber mood than his experimental, expressive, and joyous work from his self-named "Golden Year" of 1917. Among the subjects he painted were coal mines, small towns, and life from the perspective of birds. His New York dealer, Mary Mowbray-Clarke, and also others thought the latter were too different and would not be appealing to the public; and he destroyed them. However, many years later he regretted his actions.

in 1955, Burchfield reviewed his artworks and journals to share with John I.H Bauer, who was curating the retrospective, Charles Burchfield, that premiered at the Whitney Museum of American Art in January 1956 and subsequently traveled to six other museums in the U.S. through February 1957. During this year of preparation, he worked with his wife, Bertha, to organize everything, writing: 'Beginning on Jan. 3 (Monday) Bertha and I have attacked the problems of making scrapbooks of my notes & studies for pictures.' The dearth of material from 1919 would spur his recreation of memorable subjects."

Nancy Weekly concludes that the date range of 1919-55 recorded by the artist at lower right signifies that the present work was executed in 1955 but recreated from a related work of the subject probably destroyed by Burchfield in 1919.