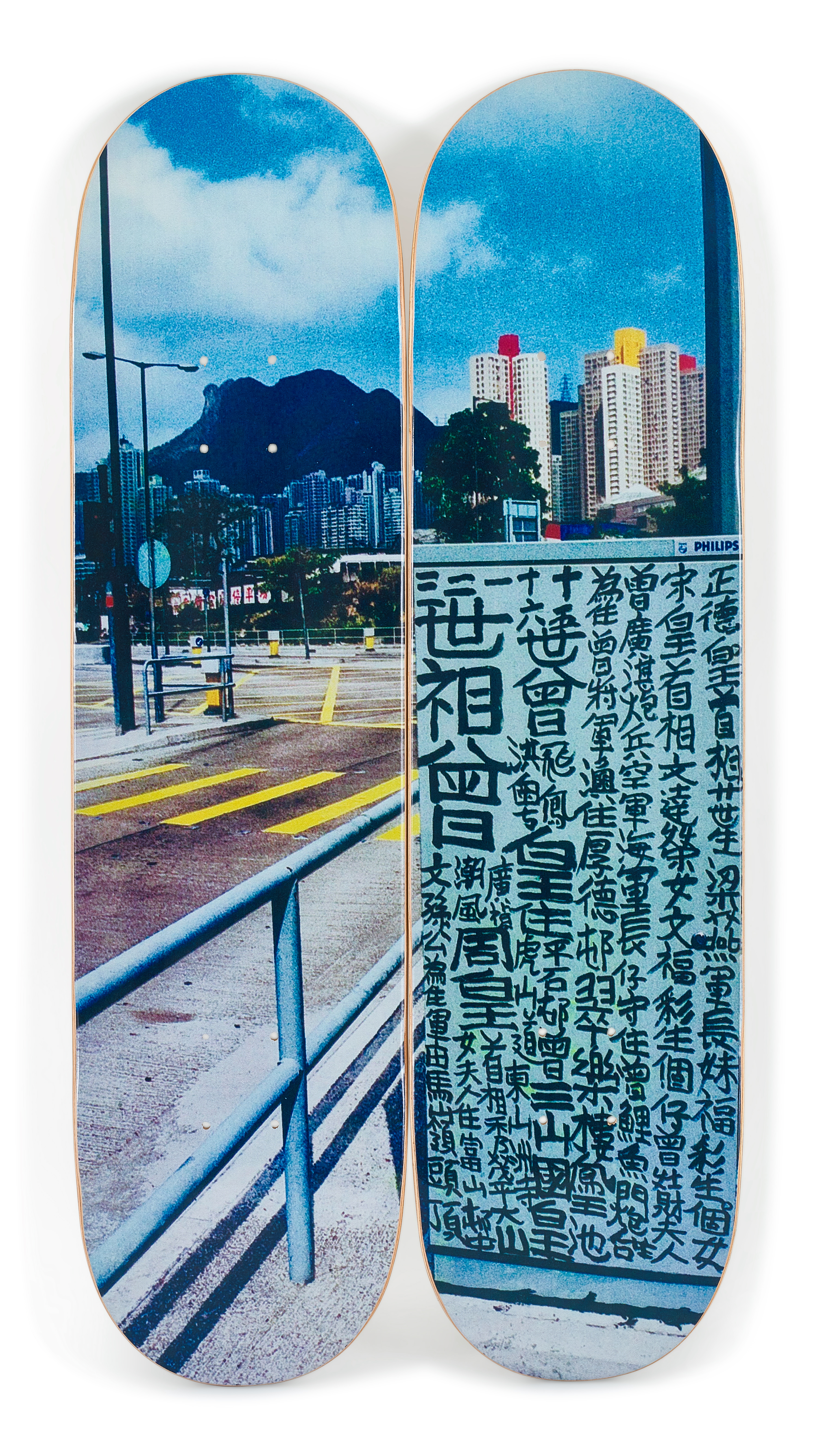 Tsang Tsou Choi's calligraphy often draws reference from the traditional format of Chinese family records. It also follows the tradition of writing in vertical columns, with each line from top to bottom, and the lines written from left to right. At the top left corner, three generations of "Kings" appear in the list, a practice taken from traditional Chinese family records and often seen in Tsang's calligraphy. They were also listed at the very beginning of the whole passage.

The skateboard design originates from photographic work Kowloon Bay, Hong Kong by Lau Kin-wai. The photograph and Tsang's calligraphy, under the Lion Rock, form an image filled with dramatic tension, also a visual symbol of the emotional resonance for us born and raised in this city.

Tsang Tsou Choi was born in 1921 in Liansu Village in Zhaoqing, Guangdong. At age seventeen, he moved to Hong Kong where he worked as a construction worker and a waste collector. On one visit to an ancestral village in Yuen Long, Hong Kong, he allegedly found in his family record that his ancestor was granted the possession of Kowloon. Thus he came to believe that most of the peninsula belonged to his family, and beginning 1956, Tsang started calling himself the "King of Kowloon." He painted calligraphy in the streets of Hong Kong as a way to declare his form of sovereignty over the territory.

Although Tsang never received formal training in art, he was able to create an original calligraphic approach using the public space as his canvas. Guided by his own creativity and a free spirit unhindered by convention, he painted his family legacy in all corners of the city. He was staking the territory of his kingdom, anointing himself the crown king of this fantastical domain. Tsang Tsou Choi's street calligraphy found its inspirations from the city of Hong Kong and its local culture. His work, as well as images of him painting on the streets, have also become a fixture of the collective memory in Hong Kong over the years.