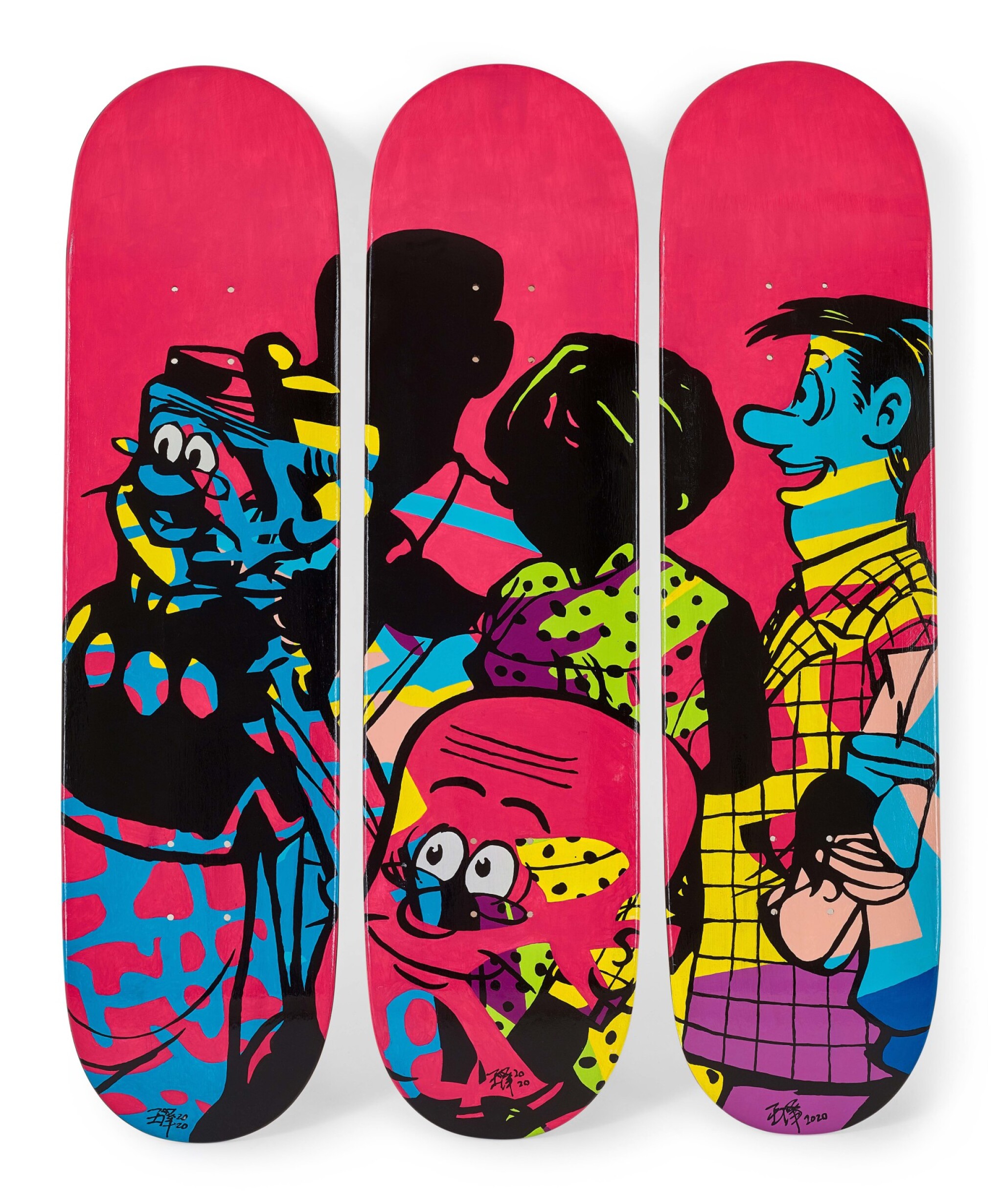 "How's your day!? belongs to my creation of 'Implication' Series.

About the 'Implication' Series, it started after my father's passing on 1st January 2017, through my fondest memories and nostalgia of him. It was in California, that I saw him for the last time. He was deep asleep and ever so peaceful, with several copies of Old Master Q by his side, keeping him company. At that moment, all the images and memories of my father over the past decades came back to me all at once; these thoughts lingered in my mind for months afterwards without ever settling.

My father made a living with his comics, yet this was not something he had expected. Although his works have become a symbol of Hong Kong, I only saw this as one of his many talents. I can only use my imagination when thinking about him - what if he had been a pop musician, a modern painter, a sculptor, or a ceramic artist...perhaps a race car driver, a crazy scientist, or an athlete...I even believe that it could have been more appropriate for him to have become a film script writer or a director, as he would then be able to integrate all his talents into his work.

I once spoke with my younger brother Anthony Wong (who is an animator for Disney and Pixar) about author Zhu Zhiqing's description of his own father in his work Retreating Figure, and how it was different from the impression our father had left with me. My father had turned around and left, quietly taking with him his multitude of talents to another world. There he may again pursue his ideals and dreams. With this image of him, no word can ever describe the fantastic and colorful impression he has left on us. Farewell, dad!" - Professor Joseph Wong

Joseph Wong is a professor of architecture, he retired in 2016 after more than 30 years of service. He is the second-generation author of "Old Master Q". His workshop currently locating in Taipei was established in 1996.