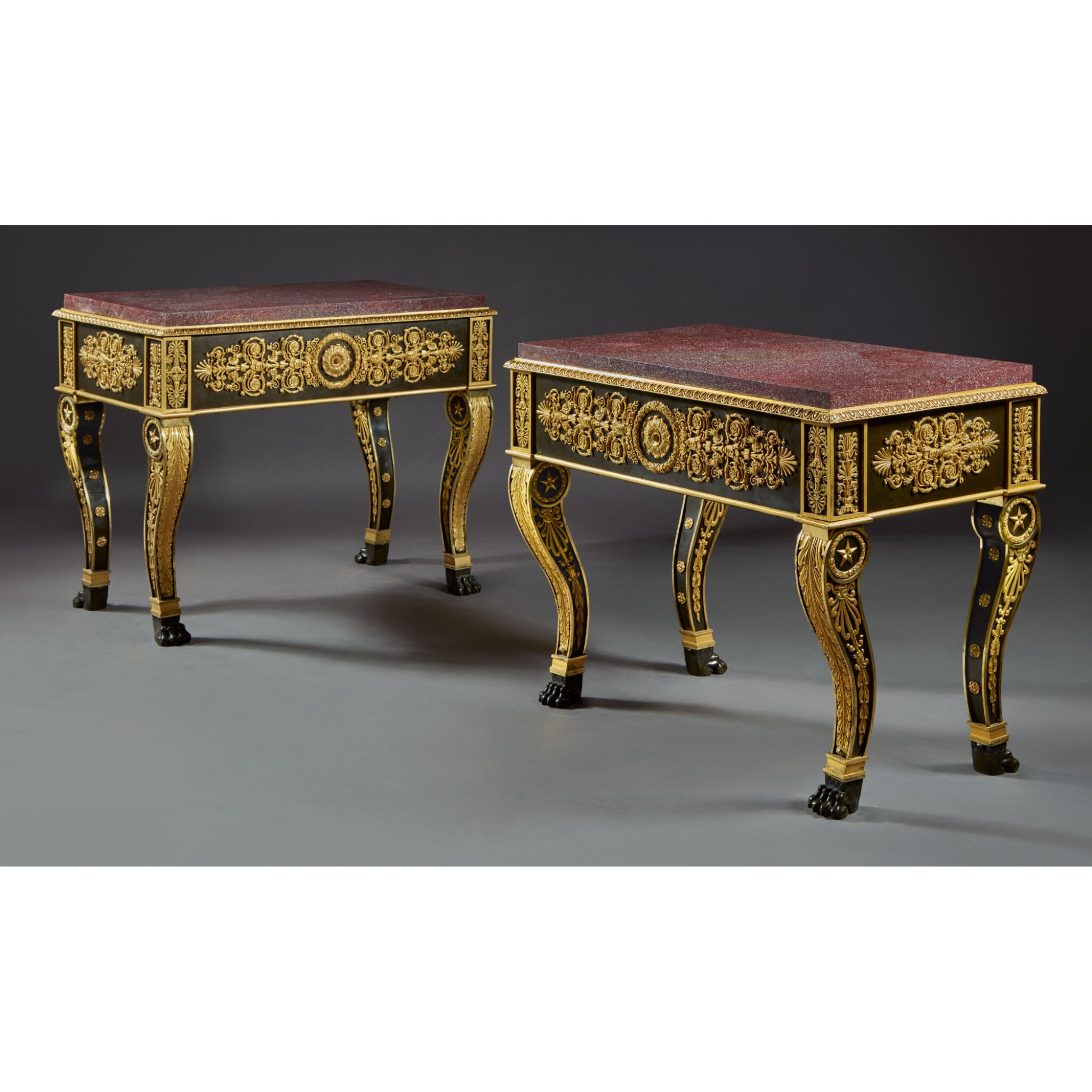 Gilt and patinated surfaces in good condition with only scattered surface dust and minor rubbing. Tops also in good condition with scattered minor surface scratches and some cracks with infill to porphyry veneer. The egg and dart gilt bronze molding along the bottom of the porphyry tops either adapted from a different table or originally with a further molding beneath.

This pair of jardinières or planters, which can also stylishly be used as centre tables by adding a marble or porphyry top, is an extremely rare survival of the genre. In the French decorative arts, metal furniture is more of an exception and often reduced to the identified productions of the Southern French manufacture of wrought iron and metal consoles and steel country furniture from the end of the 18th century. This pair of jardinières, however, transcends this category.

With a metal frame, decorated with large patinated plates adorned with rich gilt-bronze ornamentation, these jardinières herald a new aesthetic. Allowing for the interplay between curves and straight lines and highlighting the relief on the large gilt-bronze mounts, this aesthetic approach arguably not only seeks to emphasise the metallic aspect of the piece, in this case the use of bronze, but probably also serves to highlight the practicality of the jardinières. Whereas metal is able to accommodate heavy compartments filled with soil and plants, a wooden structure would not likely be able to support the piece in the same way.

A console jardinière with great similarities to the present pair was offered at Kohn, Paris on 23 June 2014, lot 27 [Fig. 1].

Jardinières of wood and bronze in a variety of shapes and sizes triumphed in the interiors in the Restauration period, with the Duchess de Berry commissioning pieces from her appointed cabinetmaker, Félix Rémond.