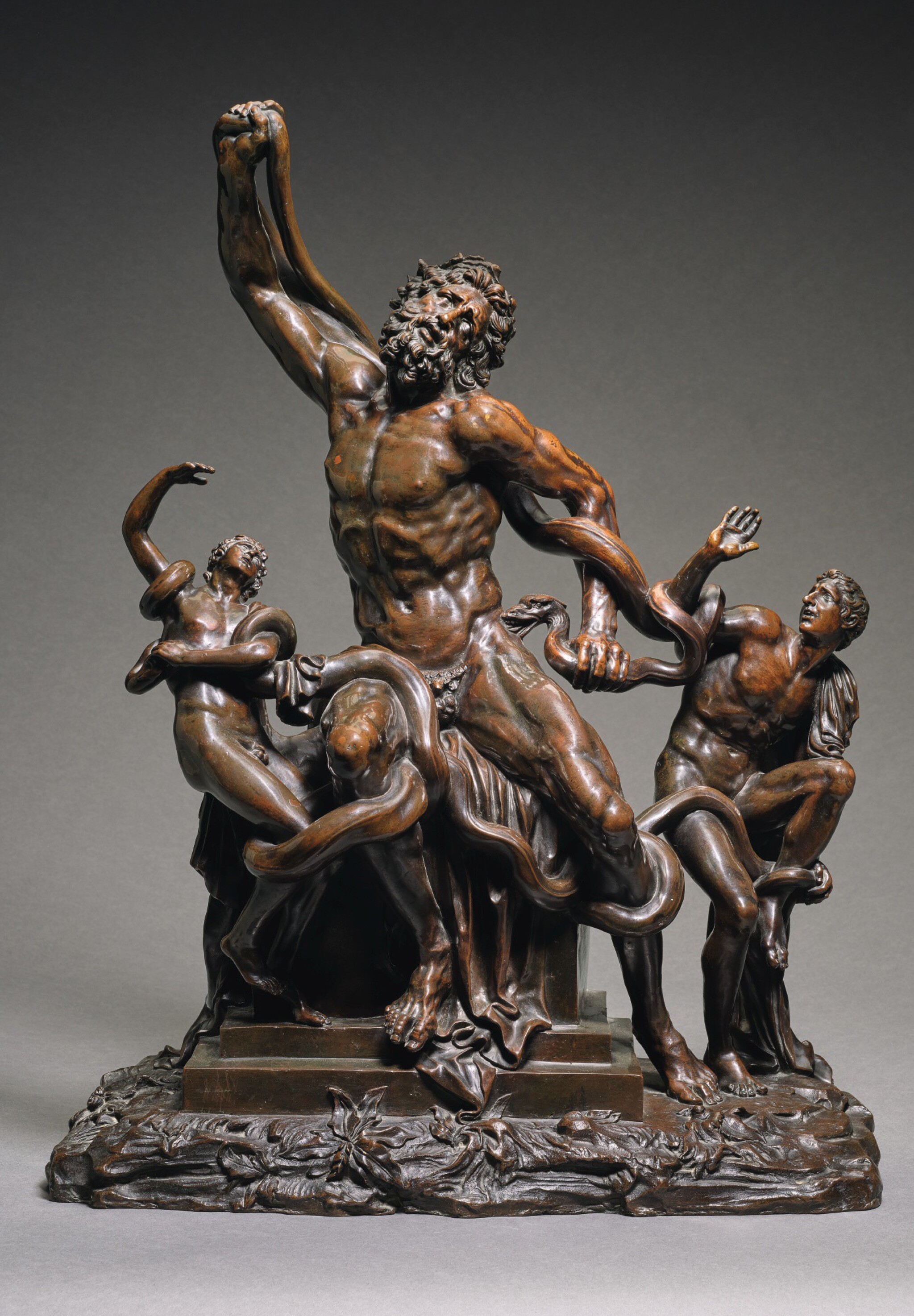 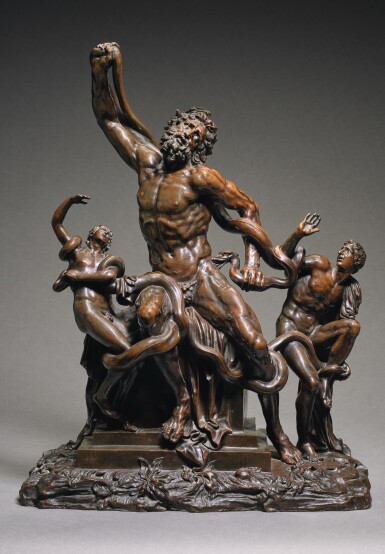 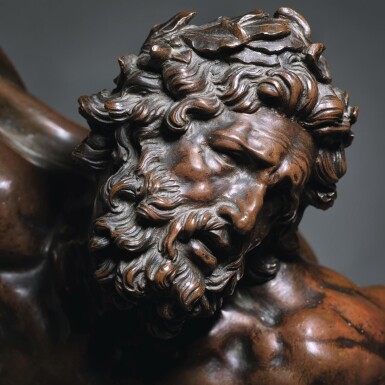 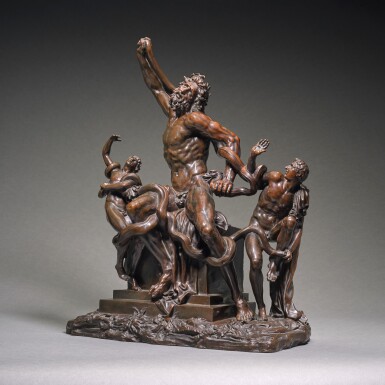 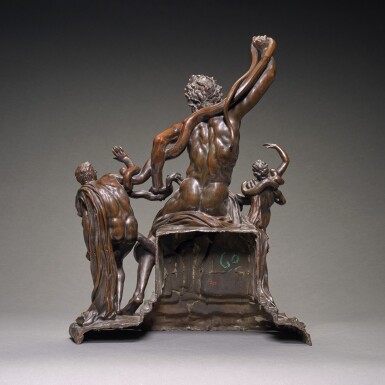 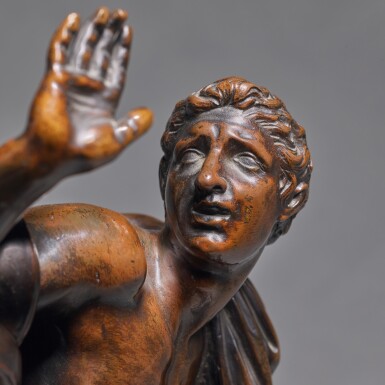 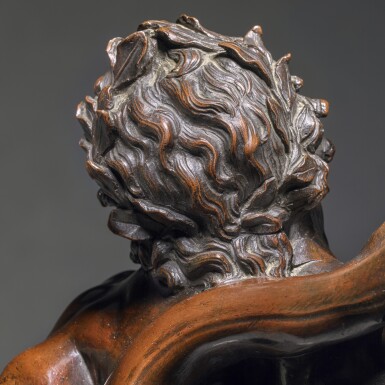 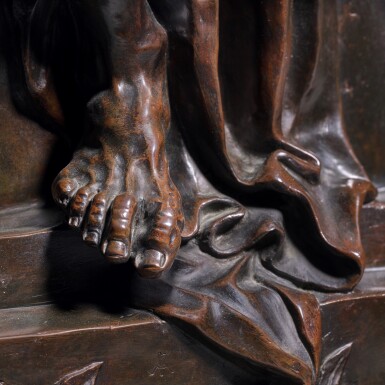 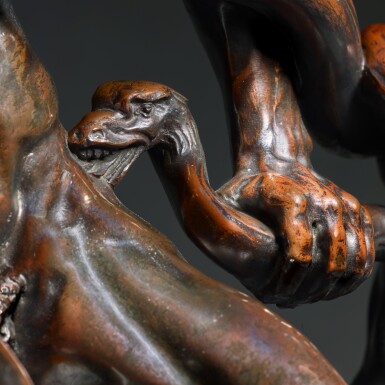 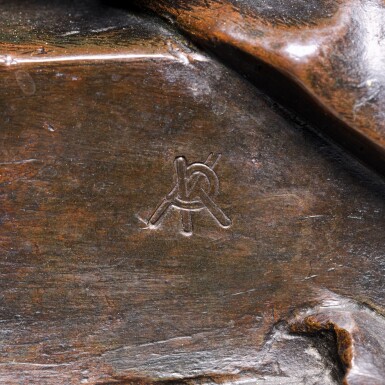 bronze, with a modulated red-green patina

stamped with the owner Pyotr Arkadievich Kochubey's mark: PK, numbered 1 in white paint, and further inscribed: 60 and 225 to the reverse

The bronze is overall in excellent condition. There are some hairline fractures around the right forearm of the boy on Laocoon's proper left. There are various original casting plugs, notably on Laocoon's right chest and right knee, on the left-hand boy's left knee and the right-hand boy's right leg. There is an original square patch on the back of Laocoon's neck. There is general wear to the patina consistent with age and general surface dirt, notably in Laocoon's hair and beard. Otherwise the condition is very good.

Please not that the PK monogram on this bronze refers to the Russian collector Peter Kochubey. A full provenance can be consulted in our online catalogue | Please note this lot will go to the warehouse after the auction.

Probably from the collection of Prince Alexander Andreevich Bezborodko (1747-1799)

Probably by descent to his brother Ilya Andreevich Bezborodko (1756–1815)

By descent to their son Vasily Petrovitch Kochubey (Basile Kotschoubey)