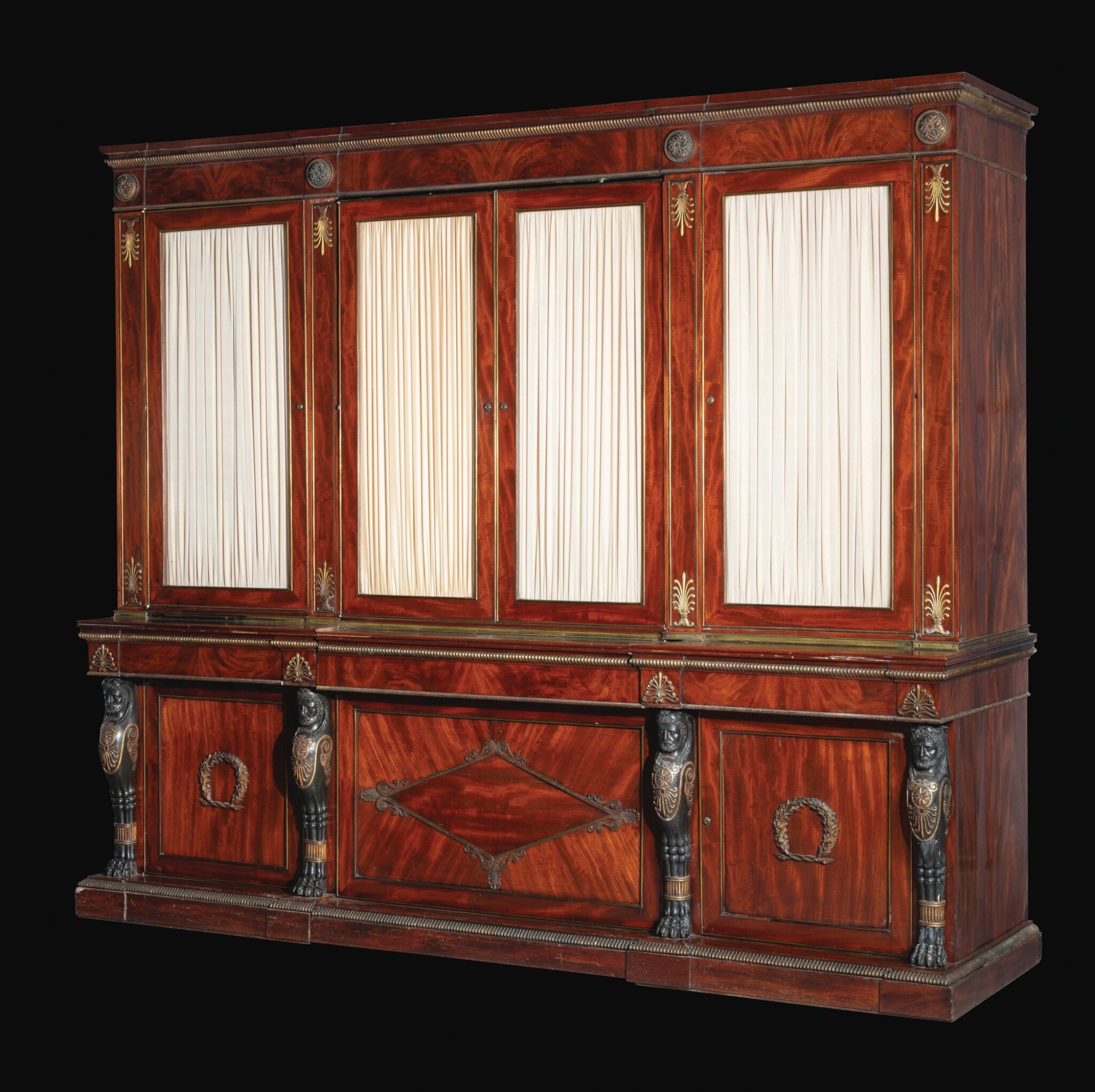 the cornice with gadrooned gilt-metal border and rosettes above pilasters with applied anthemion motifs, the larger, central 'secret' door, with conclealed release catch, between a glazed cupboard and panelled cupboard to each side, the lower section with conforming gilt-metal decoration and with parcel-gilt and ebonised monopedia, with Bramah locks, originallywith a white marble shelf and now with a mahogany replacement, most probably fitted at the time of removal from Devonshire House to Chatsworth circa 1925

To request a condition report for this lot, please contact Oana.Barbu@sothebys.com.

Deborah, Duchess of Devonshire (Chatsworth - The House, London, 2002, p.194), writes, 'The Regency cupboard in the Day Nursery was a fixture from Devonshire House, highly unsuitable for a Nursery, as George IV, a great friend of Georgiana and a constant visitor at Devonshire House, used to go through its doors to Mrs Fitzherbert in the next room there'.