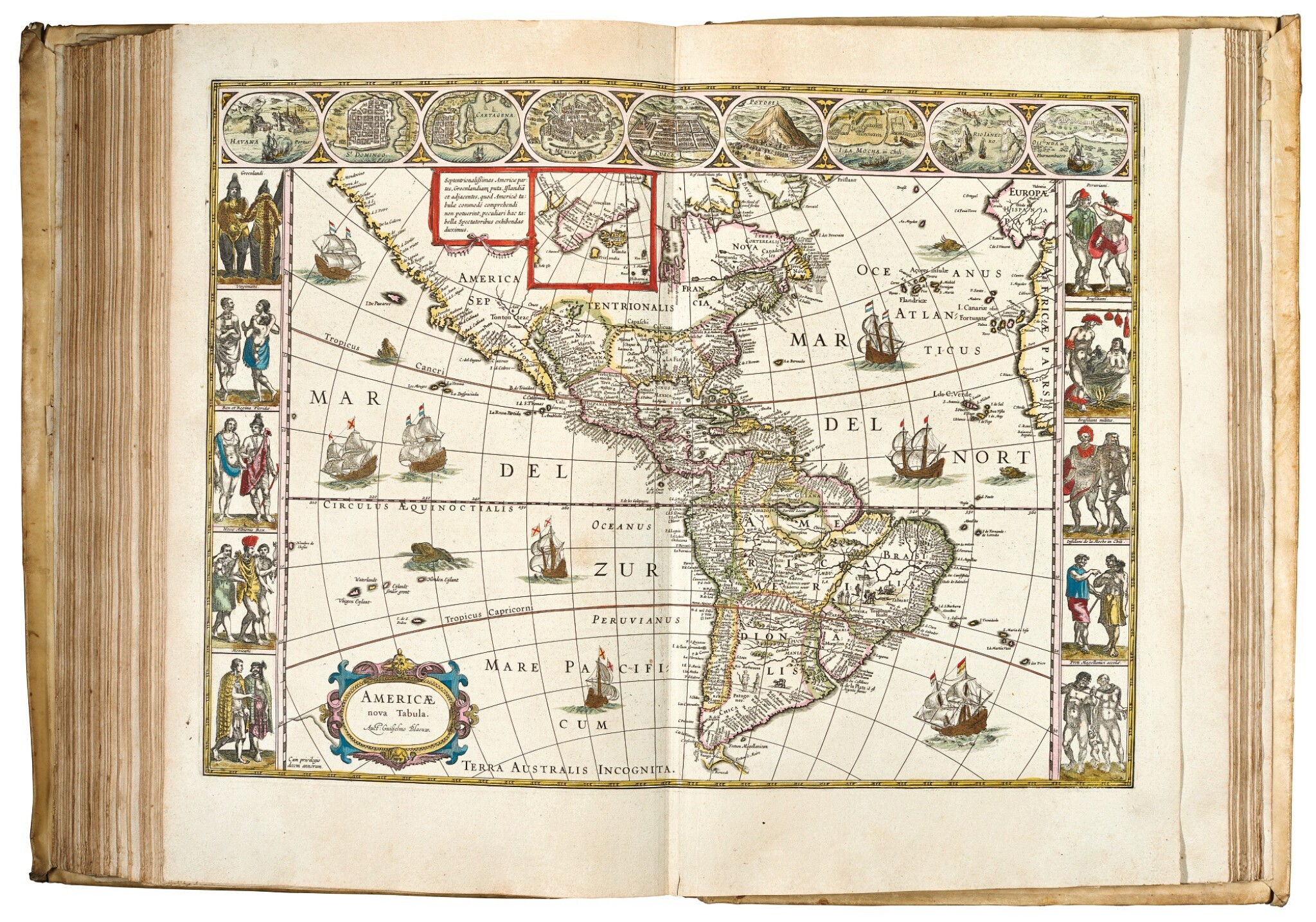 Latin text edition, 5 volumes, folio (505 x 330mm.), half-title in volume one, 8 engraved titles or divisional titles (those to the Low Countries and Spain without text), 392 engraved maps (most double-page), coloured by a contemporary hand, index leaf at end of each volume, contemporary Dutch vellum gilt, some browning (mostly to vols. 1 and 5, a few repairs and strengthening, minor restoration mostly in vol.1, some maps with splits at fold (one detached), slight wear to bindings

A FINE EXAMPLE FROM THE DUTCH GOLDEN AGE OF CARTOGRAPHY.

Atlases printed and produced in the Low Countries during the Golden Age are among the most spectacular of books. The apex of this period are the atlases produced by the Blaeu family. Willem Janszoon Blaeu and his son Joan worked as cartographers for the Dutch East India Company, and this association meant that not only did they have access to the updated records of ongoing exploration but also a wide range of impressive Flemish artistic sources. All of these factors resulted in maps and atlases of unparalleled impressiveness, where the previously unchartered territory of the new world was presented amongst rich and decorative engravings.

Volume III. Italy and Greece, 1650, 66 maps, with the Scotia section mentioned in the index

Blaeu's Appendix was followed by the German edition of the Novus atlas in two volumes in 1634/5 and the French, Dutch and Latin edition - the Theatrum orbis terrarum - in 1635. The third volume came out in 1640 while the fourth (England and Wales) first appeared in 1645. The fifth volume (of Scotland) was the first separate atlas of Scotland ever published. "So during the thirty odd years leading up to the publication of his Atlas Major, we see that Blaeu published two volume, three, four and six volume atlases, each increasing in size and geographical knowledge" (Wardington Catalogue).