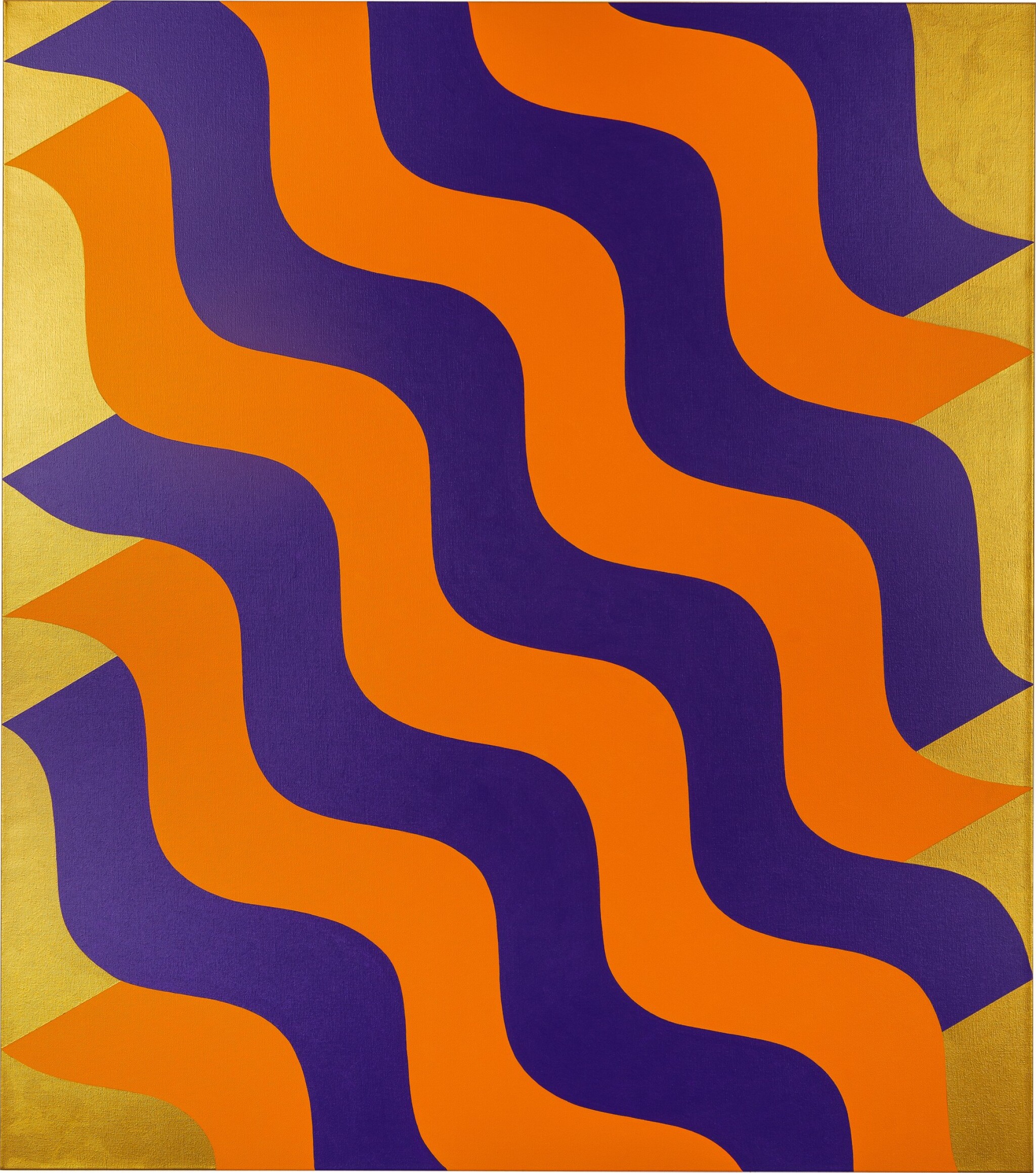 signed, titled and dated 2020 on the reverse

Mohamed Melehi (b. 1936, Morocco) graduated from the École des Beaux-Arts, Tétouan, Morocco, in 1955. He continued his fine art studies in Seville, Madrid and later, engraving in Rome and Paris. In the 1960s he spent two years in the United States, studying at Columbia University – a formative experience wherein Melehi began to explore his cultural heritage as a source of inspiration. This also came hand in hand with the beginnings of a bolder, more brilliant colour palette.

Melehi’s return to Morocco in 1964 marked the start of a more community-based approach to his creative output. He was a professor at the Casablanca School of Fine Arts until 1969 – when he organized the country’s first major open-air exhibition in Marrakesh. This in effect, radicalized and inspired the national contemporary art scene. In 1978, he became active in social, apolitical organizations, all with purely cultural objectives.

Melehi has held numerous positions of leadership. He is currently the President of the Moroccan Association of Plastic Arts and also served as the former Director of Arts for the Ministry of Culture (1985 – 1992), amongst several other titles.

Melehi currently lives and works between Marrakesh and Tangiers.