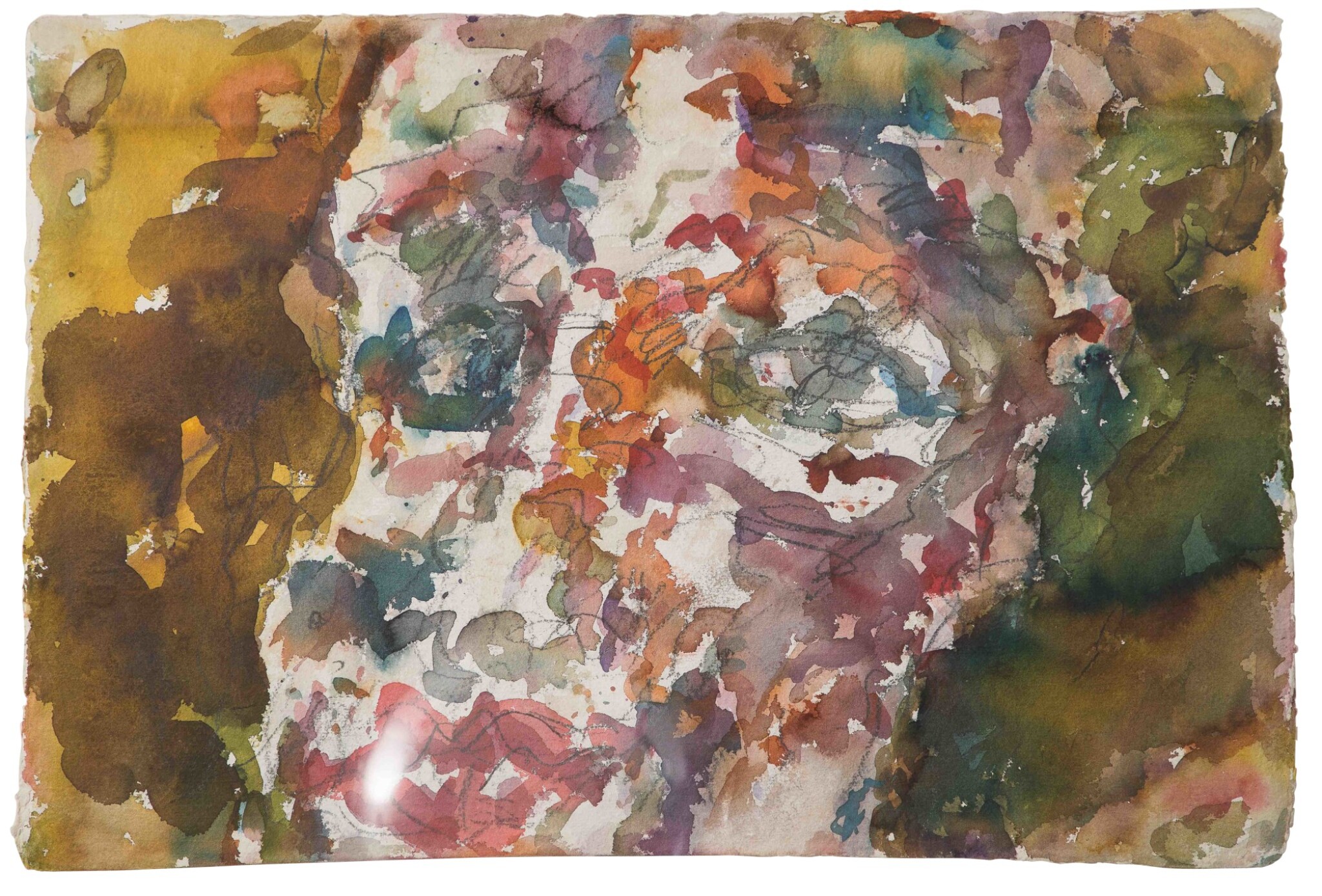 signed and inscribed in Arabic; signed, titled and dated 1989 on a label affixed to the reverse

watercolour and graphite on paper

28 Fine Arts, Dubai (acquired from the above)

Private Collection, Dubai (acquired from the above)

Marwan (b. 1934 – 2016) was born in Damascus but his aesthetic capabilities took shape after his artistic schooling in Berlin and a formative scholarship at La Cité internationale des Arts, Paris in 1973. While his gestural paintwork and visual output clearly came as a result of his training and influences in the West (largely in Berlin where he later taught and spent the majority of his life), the poetic language that emanates from his canvases bear the traces of his earlier study of Arabic literature at the University of Damascus (between 1955-57). It was not necessarily the case that his work visibly drew on Arabic stylistic influences or traditions, however the essence and lifeforce of his oeuvre was born from a psyche still connected to the Orient - his visual memory and Sufi poetics. There is a self-proclaimed and widely recognized metaphysical dimension to his works; an ambivalence and duality in his painting. His faces were visual landscapes – abstracted with no ties to gender, personality, expression. Similarly, we find this thread woven into the narrative of his Marionette series, a motif that played a central role in his work between 1978 and 1983 and returned to him once again. Marionettes are themselves an embodiment of duality, and paradox – inanimate and unblinking objects but still able to stir emotion within us. We can take the metaphor of a stringed puppet as tied to an understanding of power dynamics. Who ultimately pulls the strings? Are we complicit and aware? As with his main theme of the heads, there is a constant dialogue and almost performative theatrical quality to his oeuvre at large.

Marwan’s works can be found in several international exhibitions’ institutions such as the Tate Modern, London; British Museum, London and the Barjeel Foundation, Sharjah.