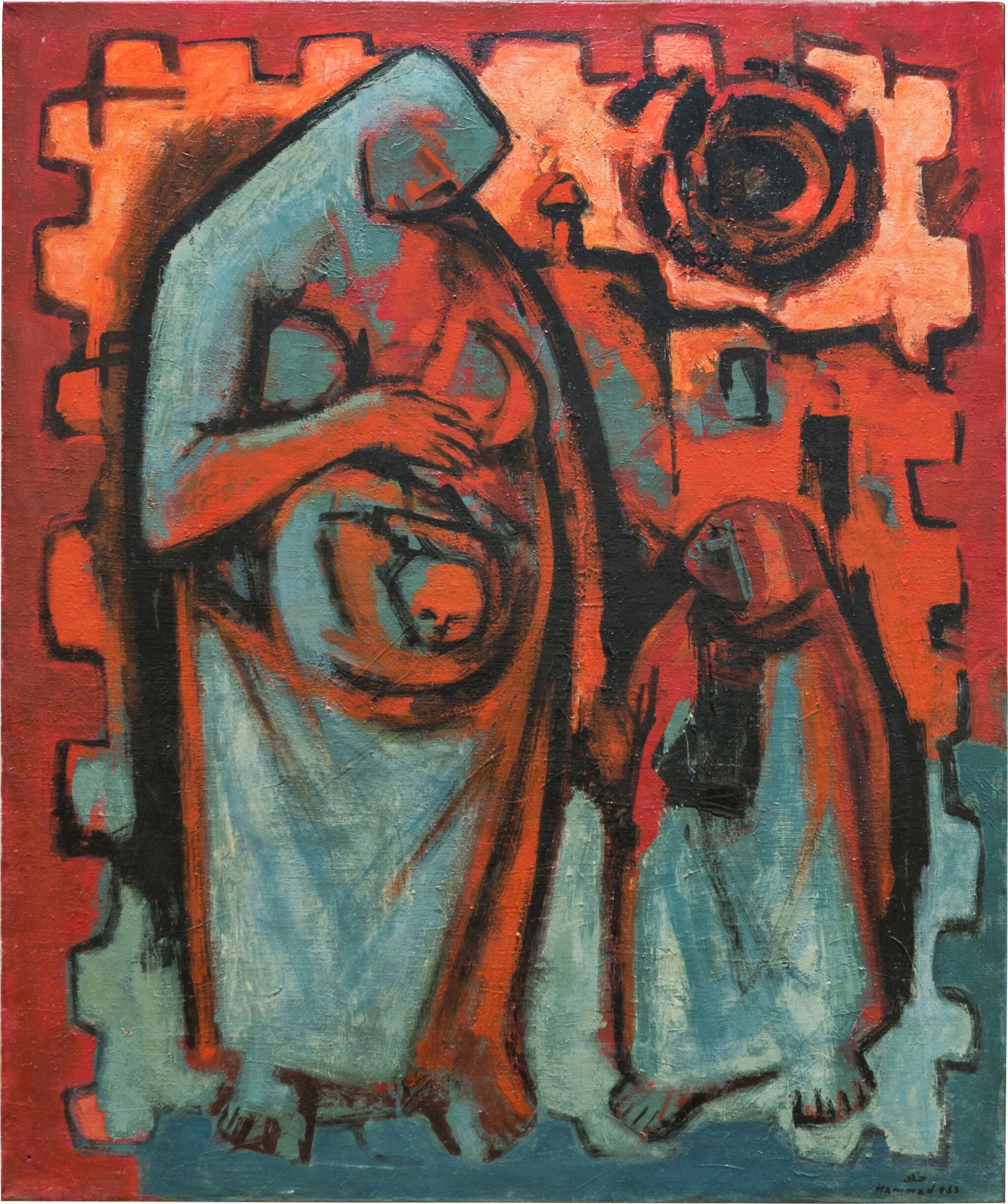 This work is in good condition. Upon closer inspection, there are very minor specs of paint loss noticebale on the centre right of the work and a water stain on the bottom right of the reverse of the work. The frame is slightly cracked along the left edge.

Mahmoud Hammad (b.1923-1988, Syria) was educated at the Accademia di Belle Arti in Rome and developed a practice that spans multiple mediums including painting, printmaking, medal engraving and sculpture. He was one of the 20th century’s most significant Arab artists. As one of the founders of the Damascus Group of abstract artists and in his role as the Dean of the Faculty of Fine Art, Hammad would go on to influence the next generation of Syrian and Arab artists.

Hammad is best known for the paintings of his Abstract period – geometric and bold, they rhythmically incorporated elements taken from Arabic script. While he is perhaps most recognized for his abstraction, his oeuvre was informed by a multifaceted sense of aesthetics and artistic training. His early works (upon his return from Rome, where he spent time studying the classical Italian style) mark the beginnings of the formation of his artistic identity and individual visual language: landscapes and portraits of the countryside imbued with its social issues, its people – subtly speaking to tensions between the rural and the urban, which permeate to this day. The depth of his artistic prowess is evident in that he was the first Syrian artist to work with printmaking. In this way, his work can be understood within the greater context of an intentional development, with an ultimate move to a simplicity of form.

Internationally acclaimed both during his lifetime and posthumously, he was awarded Italy’s Knight Commander Award in 1975, and the Syrian Highest Medal of Merit in Arts and Literature in 1977.