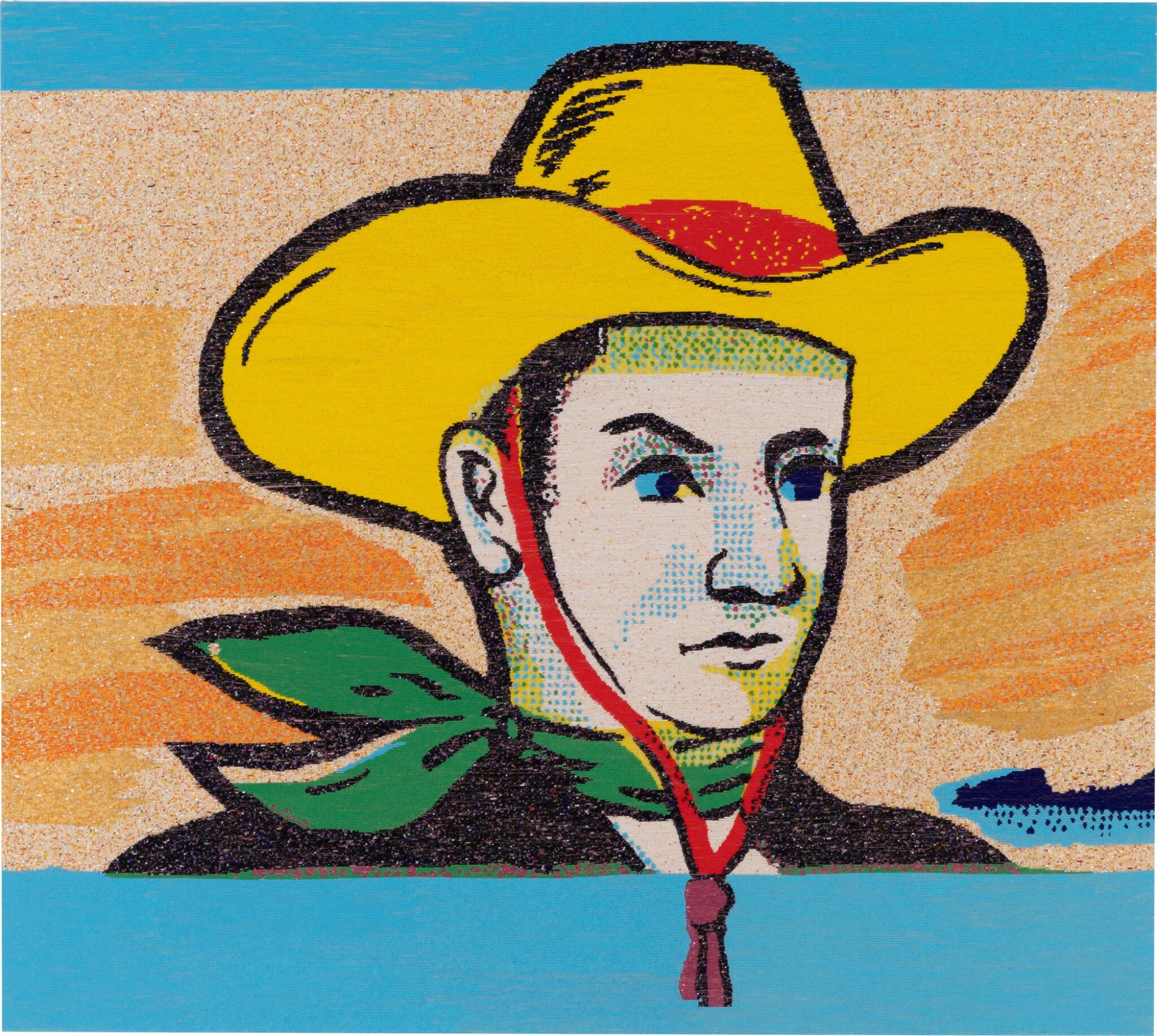 signed, titled and dated 2018 on the reverse

embroidery and beads on canvas laid on board

Farhad Moshiri (b. 1963, Iran) received his MFA from California Institute of the Arts in 1984 before returning to Iran in 1991.

Moshiri has developed a personal language in which he discusses commonalities in Iranian and Western cultures. Inspired by Pop art, Moshiri over turns both pop culture and highbrow imagery by transforming it into figurative artwork. His pieces are made using everyday objects as well as luxurious materials such as pearls, crystals, sequins, and gold leaf. Although his practice appears as playful and decorative, he offers a critical narrative beyond the shimmering surfaces. He addresses the flaws of contemporary Iran all while toying with its traditional forms and acknowledges the appeal of the western world in addition to its limitations. His use of such materials continues to demonstrate his ability to surpass the confines of pure aestheticism with playful irreverence and layered meaning. In his usual subdued impertinence, Moshiri deploys his mastery of Iranian visual vernacular, as well as an acute awareness of popular culture and art history, to evoke pertinent issues of our times. Through ‘candy’ colours and hybrid materials in paintings and installations, he plays with the codes of modernism while developing a flamboyant iconography.

His works are housed in the collections of the British Museum, London; Mathaf: Arab Museum of Modern Art, Doha; the Virginia Museum of Fine Art, Virginia and François Pinault Collection, Palazzo Grassi, Venice.

Moshiri lives between Tehran and Paris.