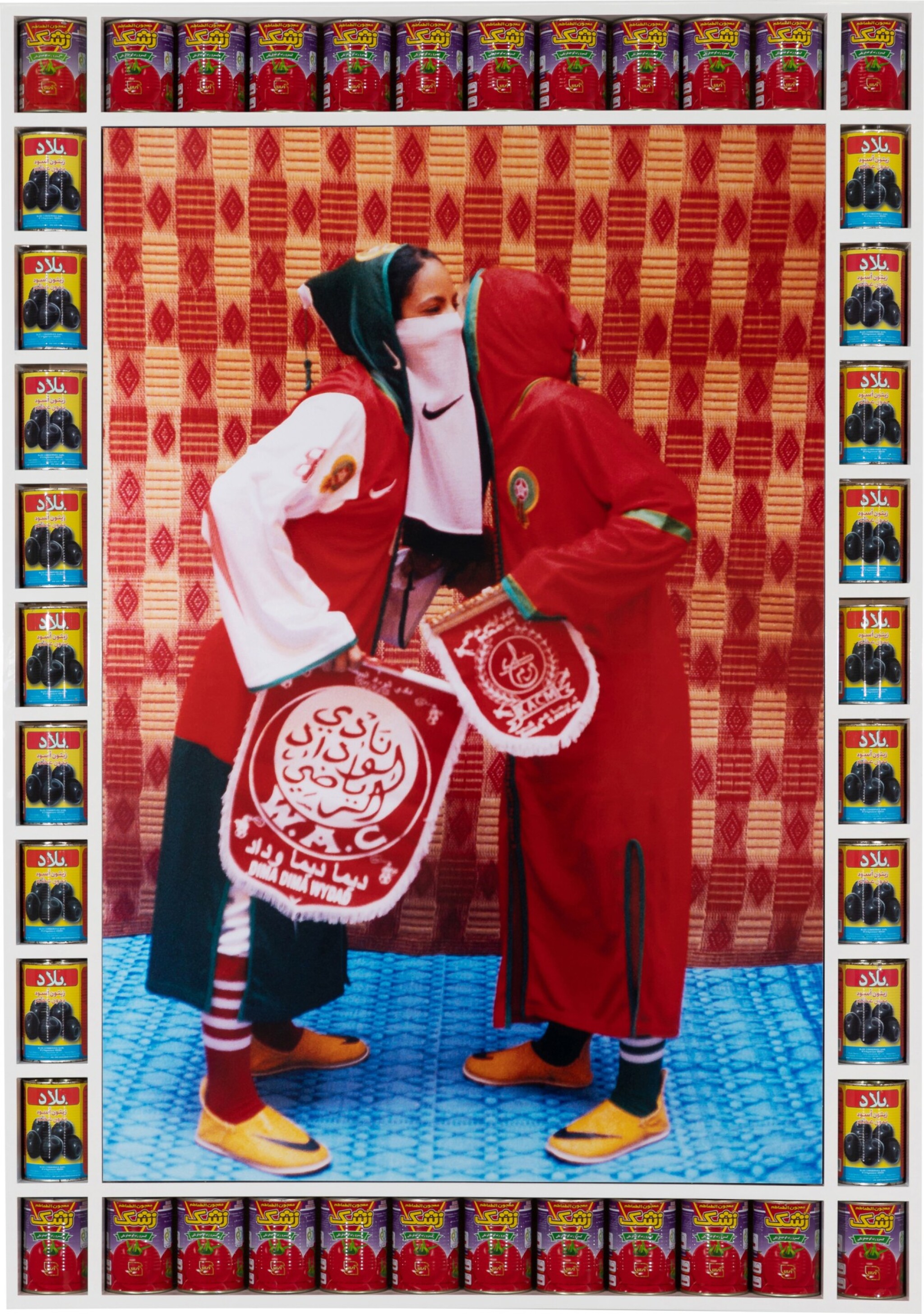 signed, titled, dated 2006 and numbered 1/5 on the backing board, twice

Photographer, designer and filmmaker Hassan Hajjaj (b. 1961, Morocco) moved to London aged 12. Growing up immersed in London's club culture as it was taking shape during his teen years, heavily influenced Hajjaj's practice and approach to creativity. Hajjaj reconnected with his birthplace of Morocco after a visit in the early 90s. Despite efforts to break down the class hierarchies and ambient racism of the time, Hajjaj noticed that stereotypes around Moroccan life still existed, even amongst his London peers. A desire to subvert the conventional views of Morocco drove the artist to create works that reflect the country’s cultural mélange – encompassing both the ordinary and the vibrant. Best known for his photography, Hassan’s practice focuses mainly on maximalist portraits of various characters from international musicians to unique personas which he casts in his photoshoots. Subjects are ornately framed and accessorized with colorful everyday items readily available from local markets. He merges Moroccan culture with his distinct hip-hop flair. Hajjaj refers to the frequent comparisons of his work to that of Andy Warhol in his merchandize ‘Andy Wahloo’, a play on words that translates in Arabic to “I have nothing”.

Hajjaj’s achievements and accolades are extensive. These include, a Certificate of Recognition by The City of Los Angeles, State of California (2014); winner of The Sovereign African Art Prize for the work Rubbish Odalisque Johannesburg, (2011) and the French award ‘Fooding Guide Award’ for the best restaurant décor, granted to Andy Wahloo Bar, Paris (2004). Further to this, he has produced extensively for major international magazines, album covers, television and advertising.

The artist lives and works between London and Marrakech.