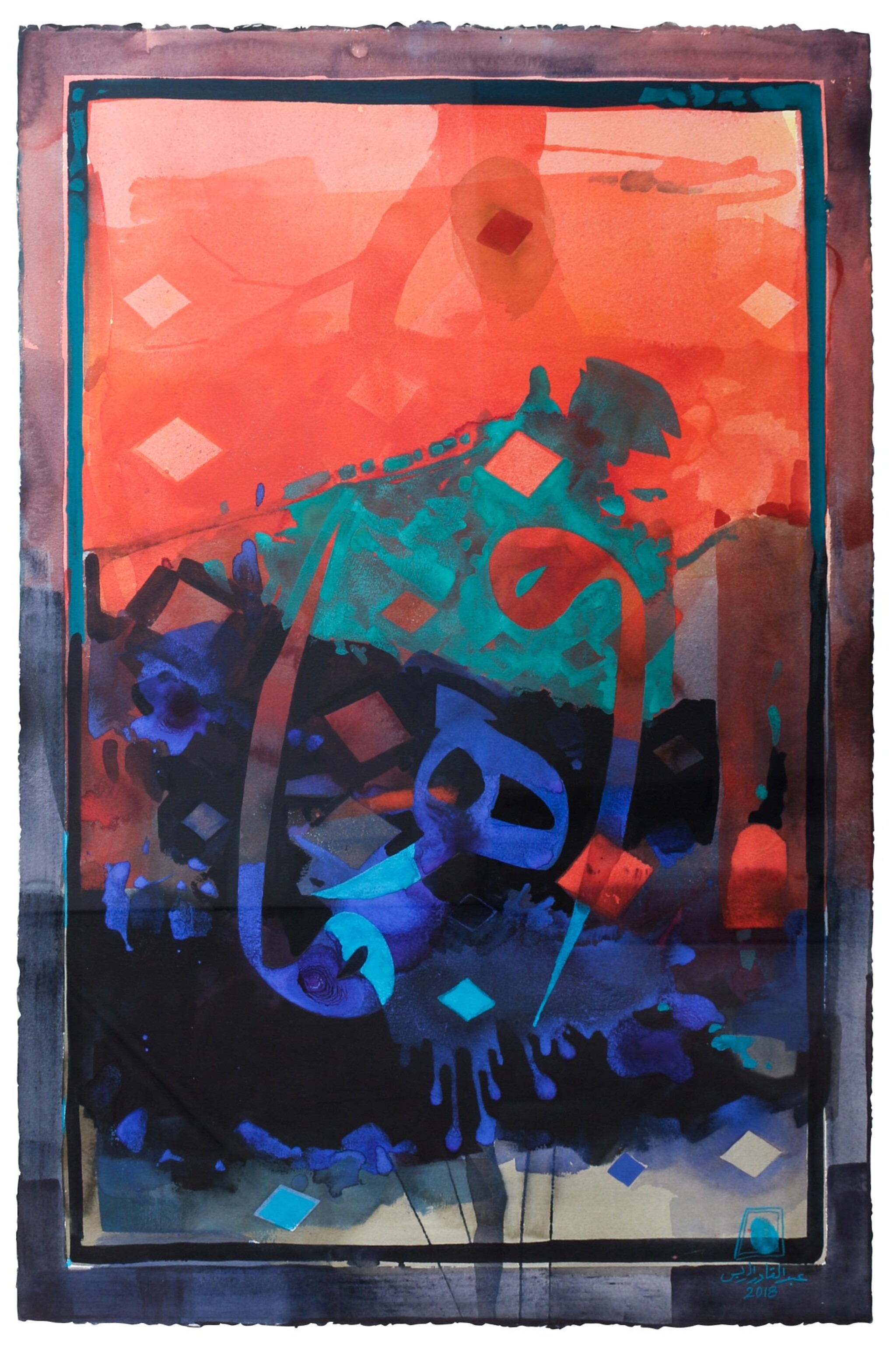 This work is in very good condition. Upon closer inspection, there is some minor paint loss noticeble on the lower right edge of the work.

A founding member of the Emirates Fine Arts Society, Al Rais’ practice was truly self-driven and resourced. He began painting in 1964, at a time of limited cultural infrastructure, where sourcing paint posed difficulties. Being cut off from traditional international art markets and western artistic dialogues, his practice was deeply informed by Gulf traditions; of representations of the divine, culture and community – all grounded in humility. He spent time during his youth in Kuwait in the 60’s and 70’s, while the country experienced an artistic and literary renaissance, where he encountered key figures in the Gulf modern art movement, including Sami Mohammed, and Khalifa and Lidia Qattan. Al Rais’ early works were representational and rooted in realism. He mostly depicted traditional Emirati landscapes and architecture. After a hiatus between 1974 and the 1980s, his work began to take on political themes (particularly responsive to the first Palestinian Intifada, seen as the artist’s second period). In the 90s, Al Rais increasingly turned to abstraction and calligraphy (his third period) recognizing their shared meditative and spiritual qualities.

Al Rais has held several solo exhibitions both locally and internationally. Notably, he was featured in the UAE Pavilion at the 56th Venice Biennale, Venice (2015). Al Rais’ work has also been displayed at the European headquarters of the United Nations in Geneva and his public murals can be found in the Dubai Airport and the Dubai Metro. Retrospectives of Rais' extensive artistic career have been held at the Sharjah Art Museum and the Institut du Monde Arabe.

Among his numerous awards are the Sheikh Khalifa Prize for Art and Literature, Abu Dhabi (2006); Golden Palm Award, Gulf Cooperation Council Art Exhibition, Doha (1999); first prize at The UAE in the Eyes of Its Artists, Abu Dhabi Cultural Foundation, Abu Dhabi (1999); Sultan Al Owais Award for Scientific Studies and Creativity, Dubai (1992, 1994, 1996) and first prize at the UAE Exhibition in China (1991).