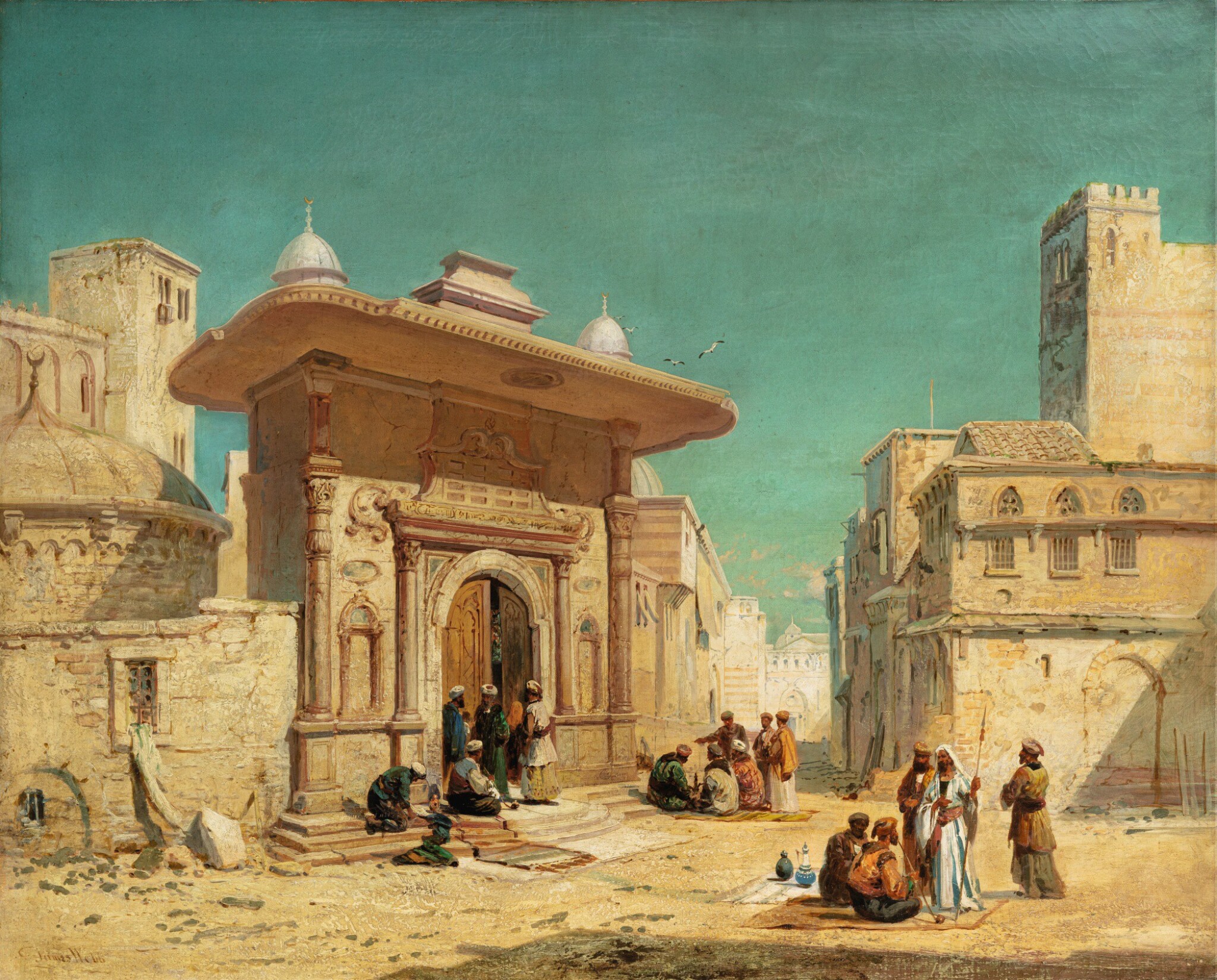 To request a condition report for this lot, please contact Benedetta.Pedrana@sothebys.com.

Among the many paintings by James Webb in public collections across Britain, most are of European views but there are a few beautiful examples of the artist’s work painted further afield. Three paintings entitled Constantinople are in museum collections, all of which depict skylines of mosques and minarets from the Bosphorus. One of these paintings is undated (Manchester City Art Gallery), another dated 1874 (Glasgow Art Gallery & Museums) and the other dated 1894 (Cumbria County Council) suggesting that Webb returned several times to the city for inspiration or at least referred back to earlier sketches.

The St. Sophia Gate depicted in the present work is now the entrance to the Istanbul Halı Müzesi or Carpet Museum, at the north-eastern entrance of the Hagia Sophia precinct. Part of the wall of Topkapi Palace is visible on the right, while behind the viewer is the Fountain of Sultan Ahmed III.