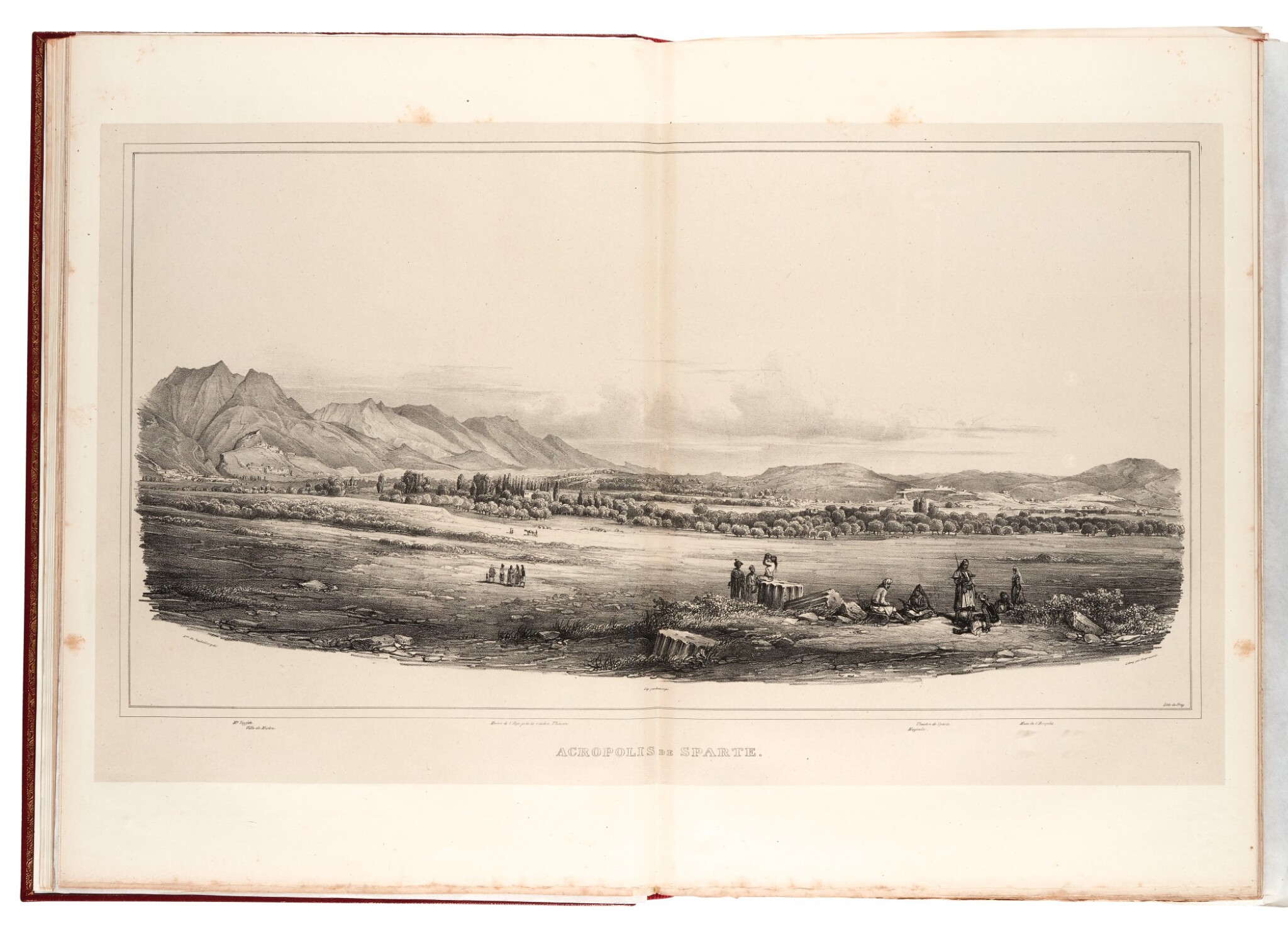 THE BLACKMER COPY. A COMPLETE COPY OF "STACKELBERG'S CHEF-D'OEUVRE, REGARDED BY MANY AS THE MOST BEAUTIFUL BOOK OF GREEK VIEWS" (Blackmer). When the owner acquired this book in 2008 he wished to make this copy complete; the missing text and plates were found and the volume expertly bound in red morocco by Evangelia Biza of Athens. The work is divided into two parts - Péloponèse and Grèce septentrionale - and they in turn are divided into sections. The first into Laconie, Messenia, Argolid, Arcadia, Elis and Achaea; the second into Attica, Boeotia, Phocis, Aetolia, Acarnania, Thessaly and Epirus. This is a rare work which is seldom found complete as it was issued in parts over a number of years. The last complete copy we have traced at auction was sold in these rooms, 15 October 2003, lot 745, £55,200.