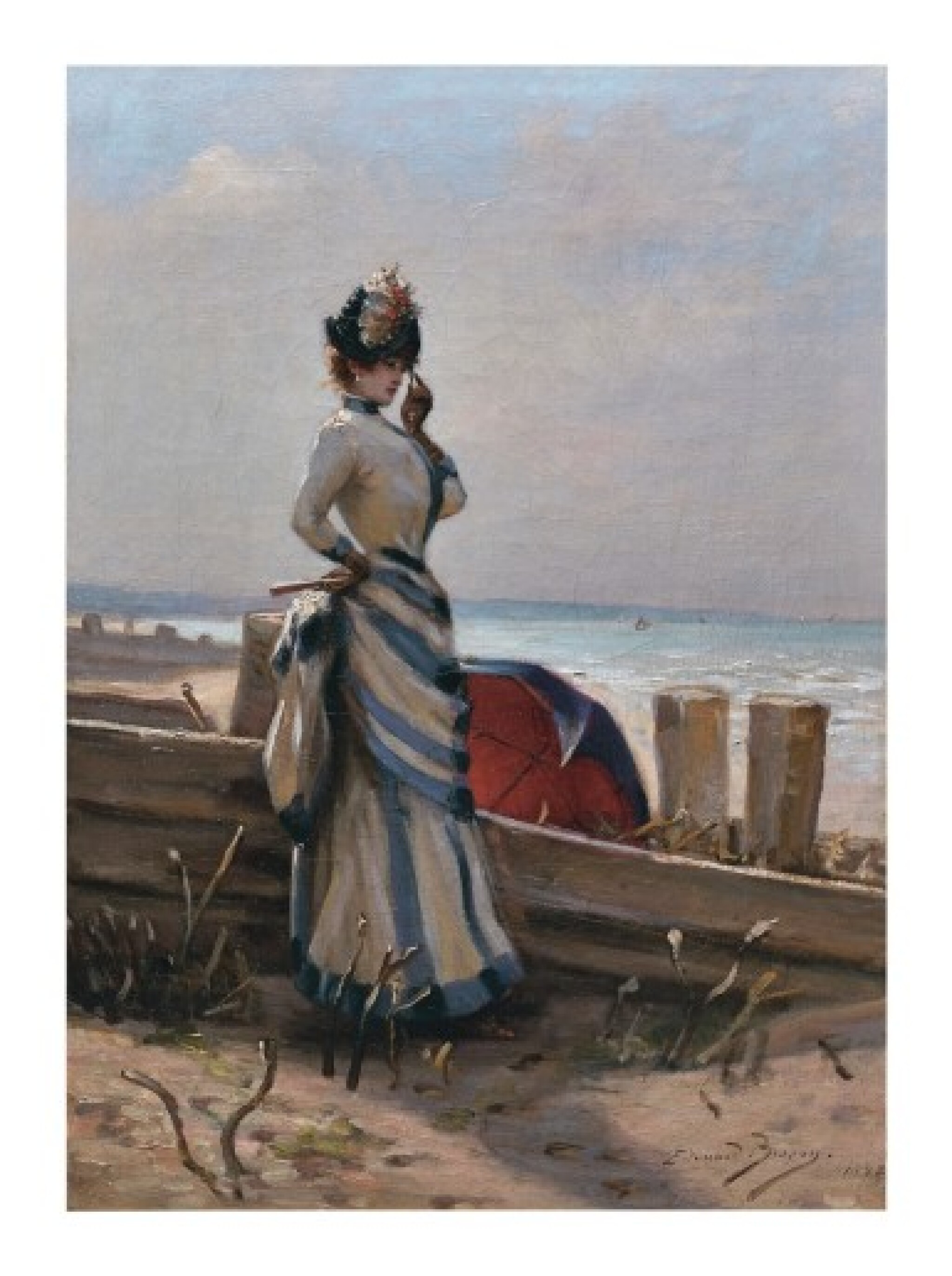 AN ELEGANT WOMAN BY THE SEA

The canvas has not been lined and remains flat and stable. There is a subtle craqueleure pattern throughout but it is not bothersome. The varnish is even and has a nice patina. The colors are extremely well-preserved and there are very little, if any, retouchings, even under ultraviolet light. It presents very well and can be hung as is. Offered in a carved and giltwood frame.

Please note that lot 151, An Elegant Woman by the Sea by Édouard Bisson, was previously listed as lot 150.

"What we would all give to be standing by the sea right now! The subtle and moving backlight that falls over the scene adds a warmth and depth to the standing figure and bathes the entire scene in a contemplative, restorative calm."

A painter of mostly portraits and genre scenes, Édouard Bisson’s works are representative of the academic taste popular in Paris at the turn of the twentieth century. Bisson was one of Gérôme’s most gifted pupils, regularly exhibiting at the Salon until his death in 1939, and his paintings were often reproduced by contemporary engravers and newspapers. Throughout his career, Bisson held true to his academic style and preference for depicting feminine beauty in his painting, and remained successful without adapting to the evolving artistic taste in Paris.

Bisson received an honorable mention in 1881 and 1889 at the Salon, and a third-place medal in 1897. In 1900 at the Universal Exhibition in Paris he was awarded a bronze medal, then later, in 1908, Bisson was made a Chevalier de la Légion d’honneur.