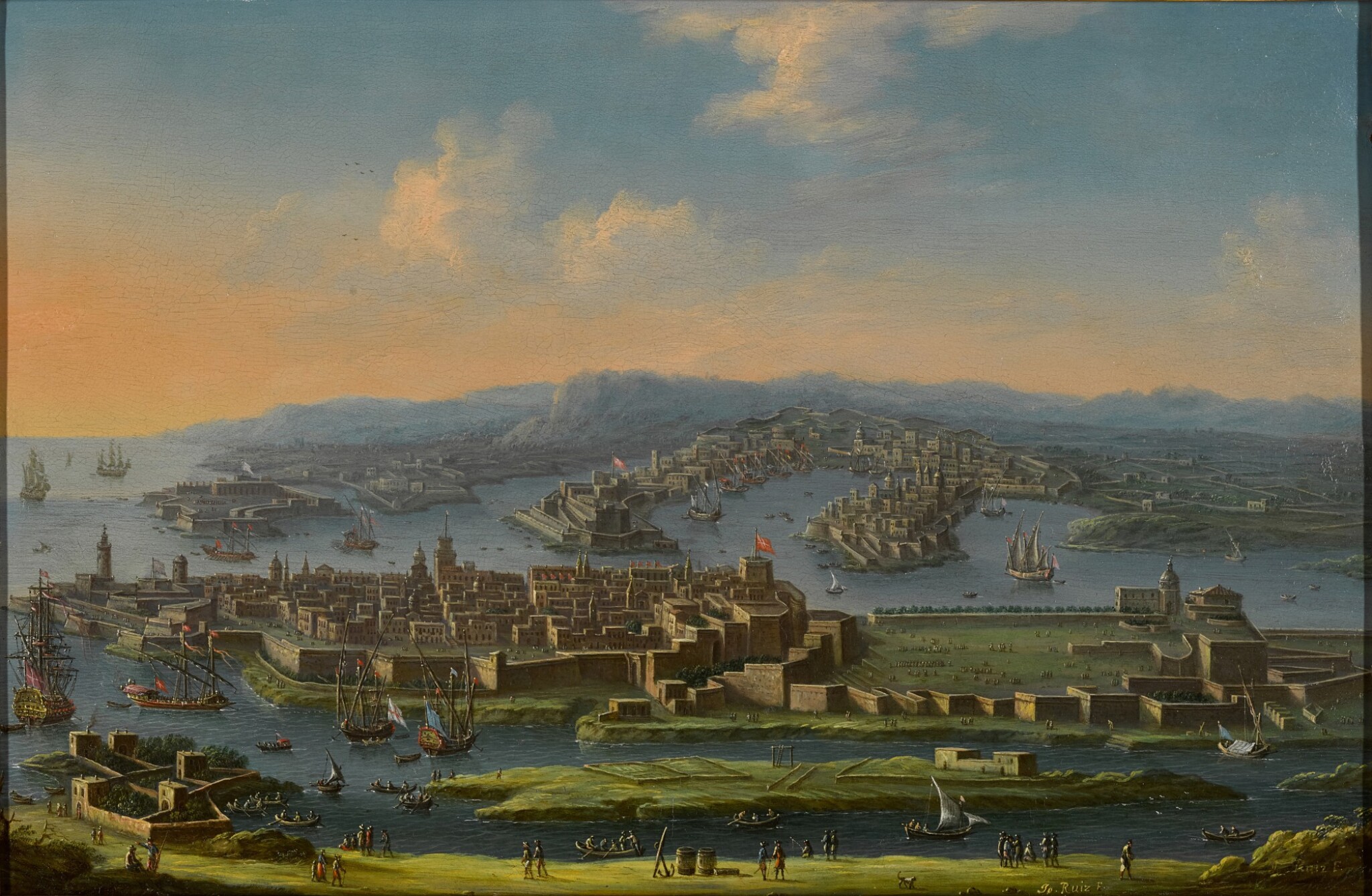 Active in Naples during the second half of the 18th century

A PANORAMIC VIEW OF VALLETTA ON THE ISLAND OF MALTA

The copper plate is flat and stable. The paint surface is clean and the varnish is clear and even. Inspection under ultraviolet light reveals very few and small, scattered retouchings in the sky, with more concentrated notable small areas of retouching in the margins centre left and centre right, in the upper right corner and to a small area of the distant landscape just right of centre, to a small area of wall in the foreground just left of centre, and to a tiny area of water in the centre of the lower margin. In overall very good condition.

"This beautifully preserved, small view painting gives a real sense of how grand and impressive the city and harbor of Valletta would have appeared to the 18th Century traveler. The artist’s choice of a copper support, allows him to depict the scene in extraordinarily meticulous detail."

Panoramic and elevated views of Valletta’s harbour were popular in the 18th century, not only because they were reminiscent of the first glimpse a newcomer had of Malta when arriving by sea, but also because they provided a key record of the city's development, which underwent extensive architectural changes throughout this period. This view on copper portrays the powerful city with its fortified walls in vivid colour and detail, animated by boats and many figures. Not much is known about Tommaso Ruiz’s life and career apart from that he was a Spanish émigré, who most likely travelled to Naples from his native Spain with the court of Carlos VII of Naples. A signed and dated View of the Chiaia Riviera from Posillipo testifies his arrival in Naples by 1710 (oil on canvas, 56.2 x 150.5 cm.; sold at Christie's, London, 9 December 2005, lot 204). From here he went on to travel throughout central and southern Italy and Malta, where he produced an extensive number of paintings – mainly small capricci and landscapes such as this painting – and returned to Naples in 1740.

We are grateful to Dr Ermanno Bellucci, who dates the painting to circa 1720.