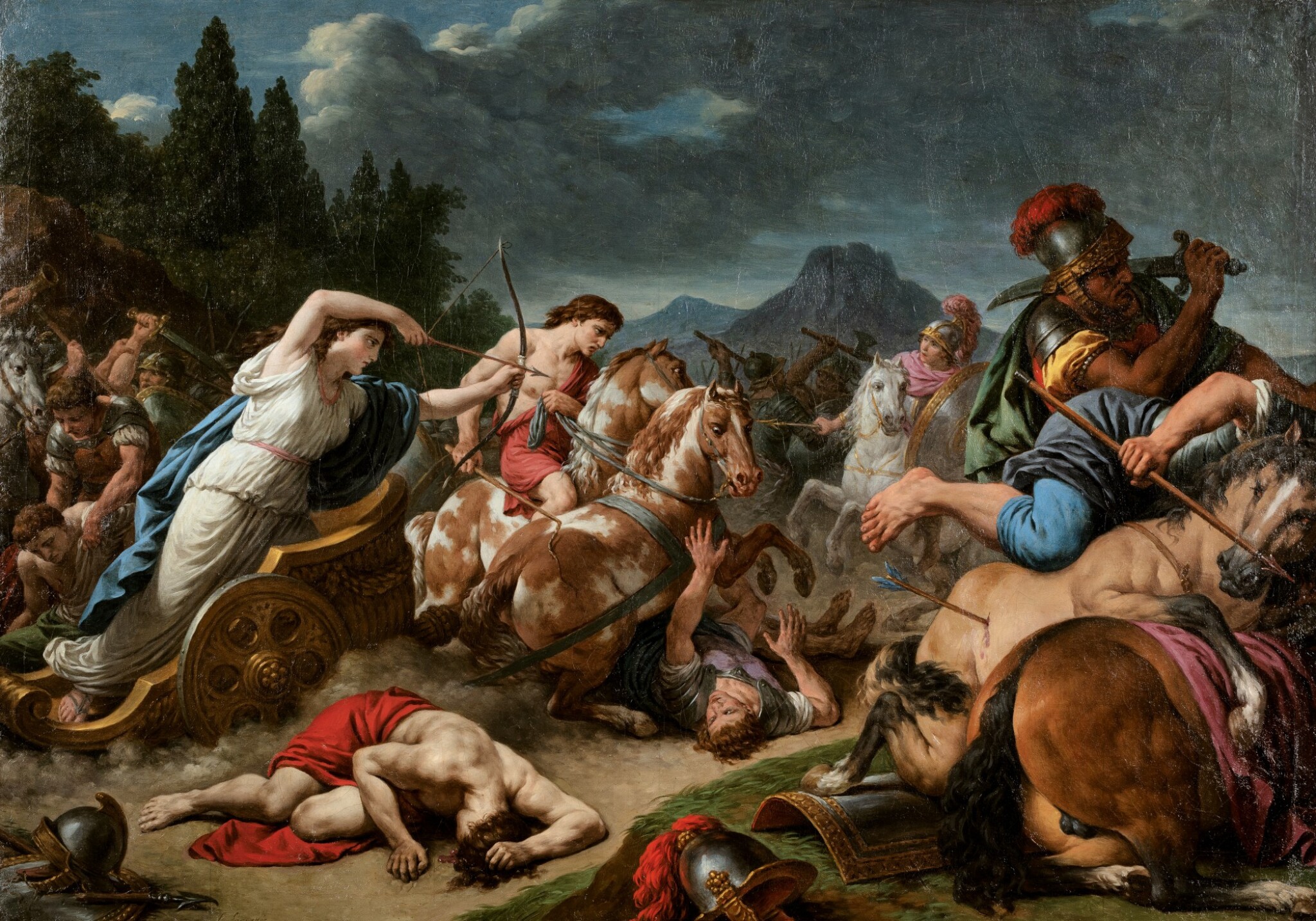 The canvas is lined, and the paint surface is clean with a clear and even varnish. Inspection under ultraviolet light reveals some retouchings: minor, scattered spots and lines mainly in the sky and to reduce the appearance of craquelure, including to a spot lower centre just below the chariot. More concentrated retouchings are visible: to a repaired T damage below the central horse approx. 6 x 4 cm., and in the proper left hand of the man beneath it, as well as to a repaired horizontal tear lower right, approx. 8 cm. long, and along the upper right corner. These are all sensitively executed and the painting appears fresh and is ready to hang in its current state.

Where acquired by a private collector, UK;

"This is a wonderfully dramatic and energetic work by one of the most prestigious French artists of the second half of the 18th Century. Dating from the 1780s, the painting was likely made while Lagrenée was Director of the Académie de France à Rome (1781-1787)."

Louis-Jean-François Lagrenée, also called Lagrenée the Elder, was born in Paris into a family of artists. He studied with his brother Jean-Jacques, trained with Carle Vanloo, won the Prix de Rome in 1749 and studied at the French Academy in that city. He became a member of the art academies in Saint Petersburg and in Paris, where he exhibited prominently in the Salon. Napoleon went on to make him chevalier of the Légion d’Honneur and rector of the École des Beaux-Arts in 1804.

The subject matter of this painting has traditionally been identified as the Ancient Roman goddess Bellona calling Mars, whose charioteer she is often cited as, to war - here she is seen astride a golden chariot and has handed over her reins. Recently however Dr Christoph Vogtherr, to whom we are grateful, and who dates the painting to the 1780s, has suggested that the mythological subject may be based on a scene from the Trojan Wars (1194–84 BC). Regardless, the subject matter of this painting would undoubtedly have been influenced by Lagrenée’s time in Rome and his exposure to its ancient history.