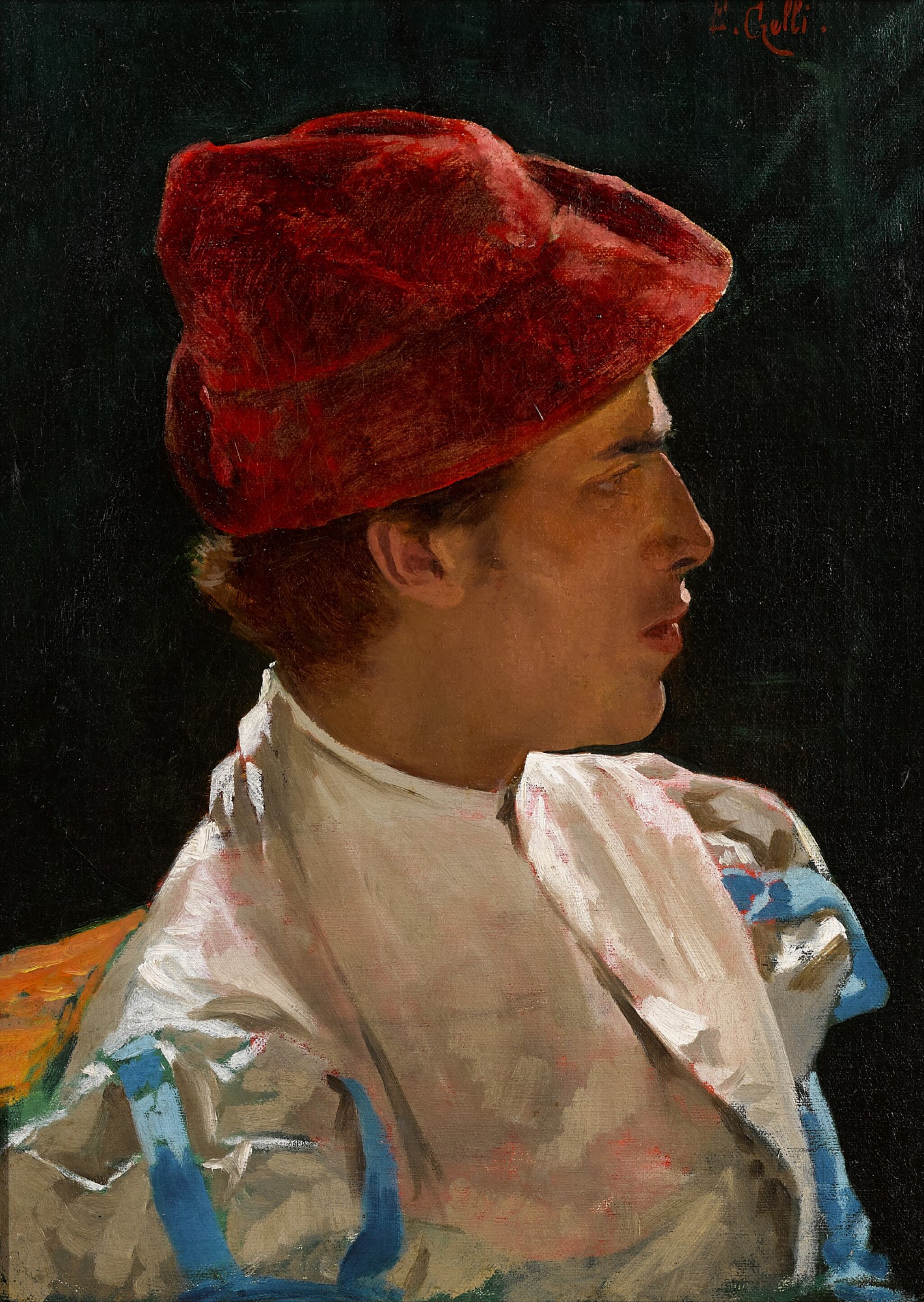 PORTRAIT OF A BUTTERO

The canvas is lined, the paint surface is clean, and the varnish is clear. Inspection under ultraviolet light reveals that the varnish is slightly uneven in areas. There also appear to be some small retouchings in the dark background. In overall very good condition and ready to hang in its current state.

“There is the stereotype of the swaggering American cowboy, with his broad brimmed hat and belt and holster, ready to draw his gun on any adversary. In contrast our image of the Italian cowboy, or buttero, who existed at the same time in the large arid territory of Western Tuscany known as the Maremma is much more vague, even for Italians. Judging from Gelli’s arresting portrayal, the Italian cowboy was a much more gentile soul. It is said, however, that the butteros rivaled and even out maneuvered Annie Oakley and Wild Bill Cody, when Buffalo Bill’s Wild West Show toured Italy in the 1880s. The key to appreciating this picture is in the brilliant control of light, where slight catchlights illuminate the tip and brim of the red hat, the man’s forehead and upper lip, and of course the elegant costume bathed in sunlight and revealing its white silk shoulders and blue ribboned sleeves.”

A buttero is a herder from the Maremma region of Tuscany, or in the Pontine Marshes to the south – a kind of shepherd or cowboy, who tended livestock (predominantly cattle), from the back of his 'Maremmano' horse, one of the local working breeds. The attire of the butteri finds its roots in the 14th and 15th centuries, when many pastoral workers found better pay as mercenaries. When they returned to an agricultural lifestyle, they brought back some of the chivalric accoutrements of their military employ, which accounts for the dashing dress of the man in the present portrait. Edoardo Gelli studied at the Accademia di Belle Arti, and with Antonio Ciseri (1821–1891) in Florence, and later became president of the city's Artists' Circle. He is known chiefly for his genre and costume portraits, which may be compared with those of Francesco Vinea (1845–1902) and Tito Conti (1842–1924).