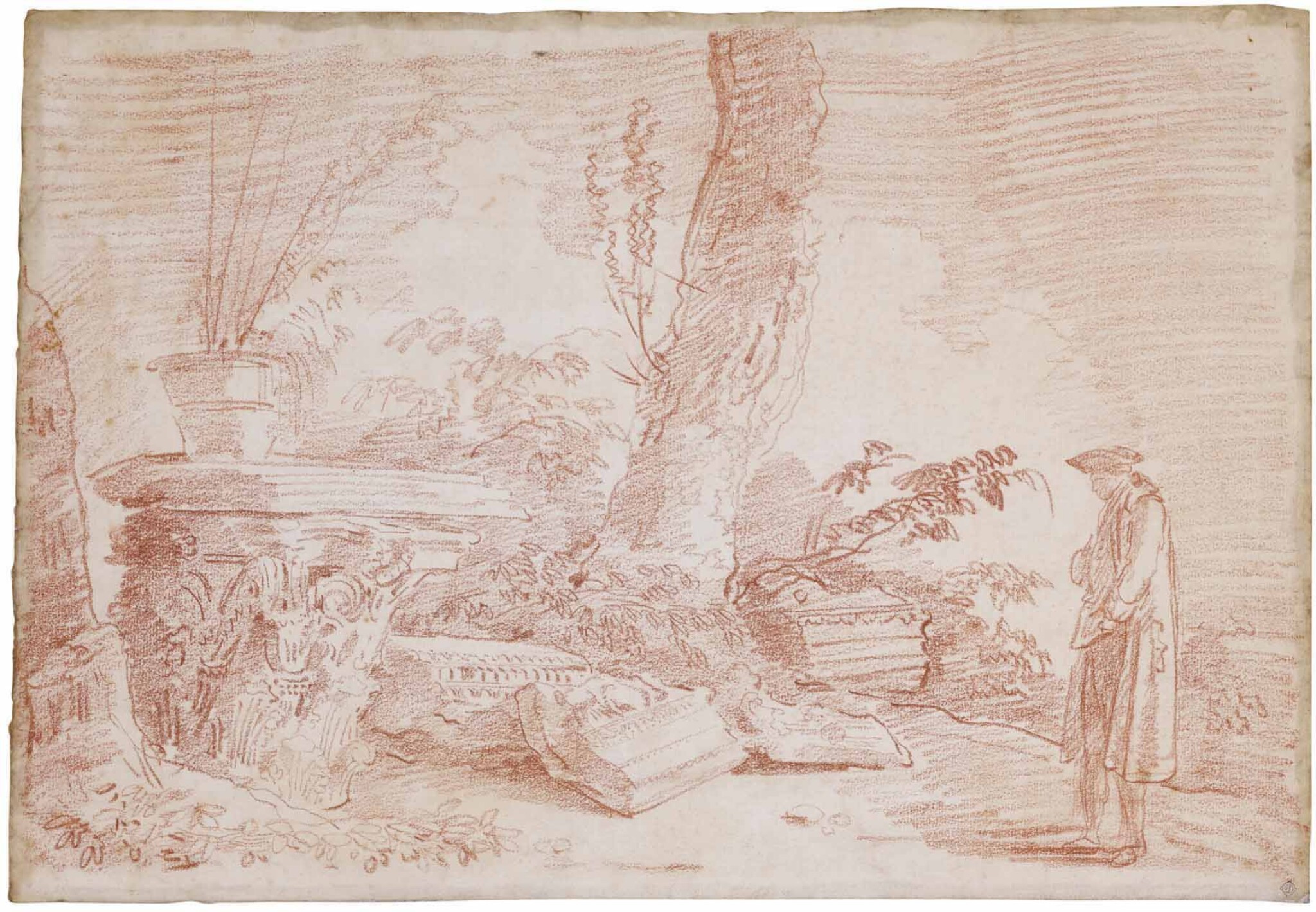 Laid down along the four edges to a card backing, the rest of the sheet remains free from the backing. There is evidence of some staining to the extremities and some slight foxing to the right edge. The work remains in otherwise good condition with the red chalk fresh and vibrant throughout. Sold in a decorative giltwood frame.

This red chalk drawing of a man out walking in the countryside, among Roman ruins and lot 4, depicting Vignola's Gate to the Farnese Gardens, Rome, with a coach and horses, are studies executed whilst Hubert Robert was in Italy.

Robert was in Rome from 1754 to 1765. He was sent to the French Academy by the Comte de Stainville (later the Duc de Choiseul) and seems to have established himself there quickly, earning a good report as well as commissions. Aside from studying classical antiquities and architecture, the students were encouraged to go out and draw in the countryside, this activity was keenly promoted by Claude Joseph Natoire (1700-1777), who was a firm believer in drawing ‘en plein air’ to aide artistic development.

Robert extensively studied the ancient ruins, particularly the Forum, providing himself with ample motifs for future paintings and drawings. He often included figures in his views, sometimes to emphasize the scale of grandiose monuments but frequently, as here, just to animate his scenes with daily activity. The present landscape evokes a sense of serenity and contemplation as the gentleman, who is out walking, pauses in front of some Roman ruins. Robert’s characteristic handling of foliage and deftness with the medium of red chalk is aptly described by Mary Tavener Holmes when describing Robert’s Italian views: ‘energetic saw-toothed lines for foliage and dense parallel hatching in the shadows, the deep red chalk contrasting with the white paper and the paper often reserved to mimic brilliant sunlight.’1