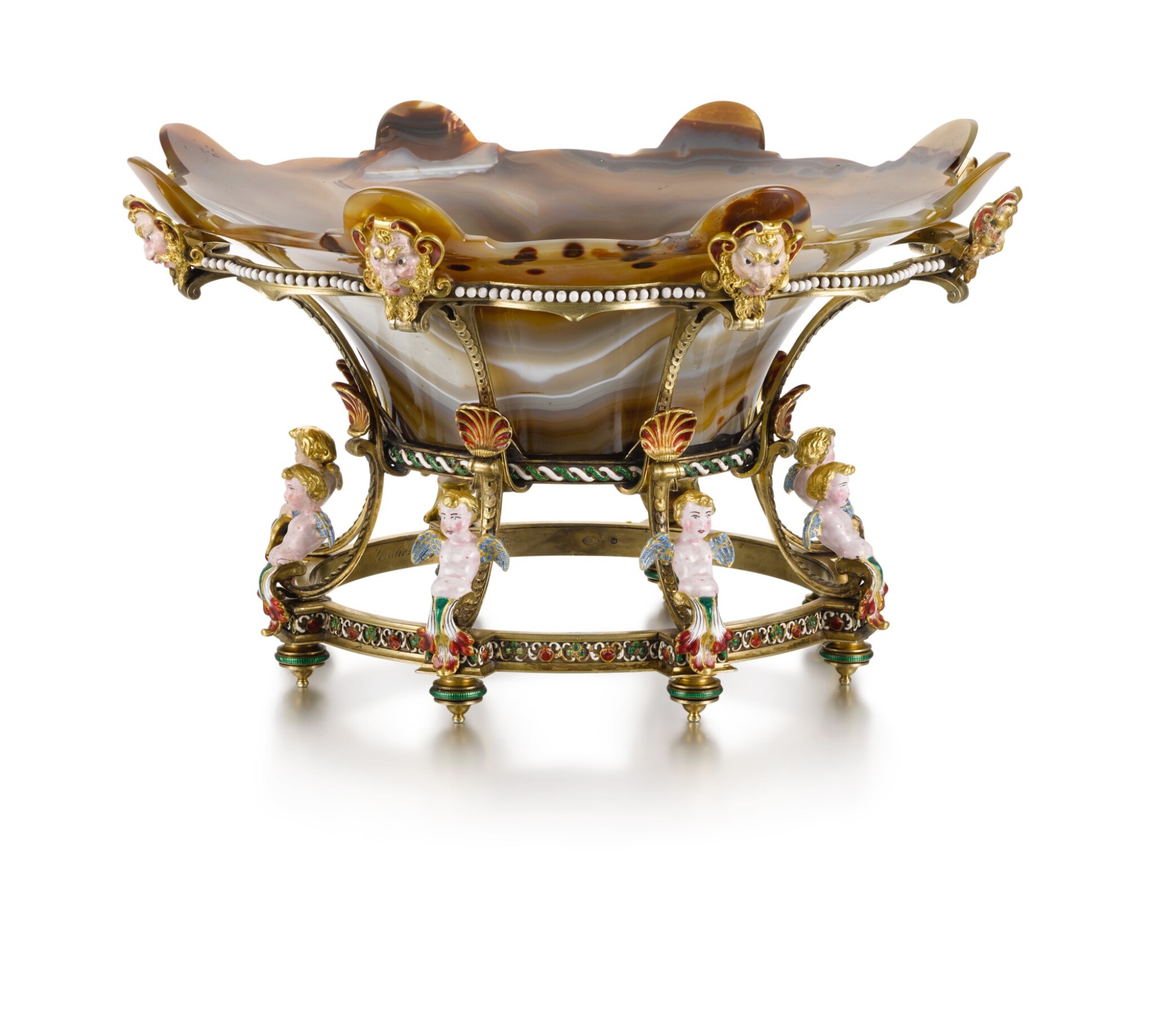 This coupe centrepiece or bowl is similar in design to another hardstone example exhibited by J.V. Morel & Cie. at the Great Exhibition of 1851 (Class XXIII, no. 117) where the firm was awarded a Council Medal for the excellence of its enamels.

Jean-Valentin Morel (1794-1860) was born in Paris, the son of a lapidary. He began his career under the eye of his father but soon moved to the workshop of Adrien-Jean-Maximilien Vachette (1753-1839), the master gold box maker. Going into business on his own account in 1827, Morel in 1842 formed a partnership with Charles-Edmnd Duponchel (1794-1868), a director of the Paris Opera. With this injection of capital, Morel was able to expand his enterprise and is said at this time to have employed some eighty craftsmen, including lapidaries, enamellers and goldsmiths. The liason ended unhappily in a lawsuit during 1848 after which Morel was obliged to quit the Department of the Seine, the centre of the luxury goods trade in the French capital. Thereafter, Morel, his family and some workmen decamped to London where, in partnership with Edmond-Joly de Bommeville (1787-1870) he set up as J.V. Morel & Co. at 7 New Burlington Street near Old Bond Street. In spite of Morel’s immense critical success at the Great Exhibition of 1851, however, the business failed and the partners went their separate ways. Morel returned to France, where he settled at Sèvres. At what proved to be probably his last appearance on the international stage, his skills and invention undiminished, he unveiled his astonishing ‘Hope Vase’ to great acclaim at the Paris Exposition of 1855. He died five years later, much to the distress of his many creditors.