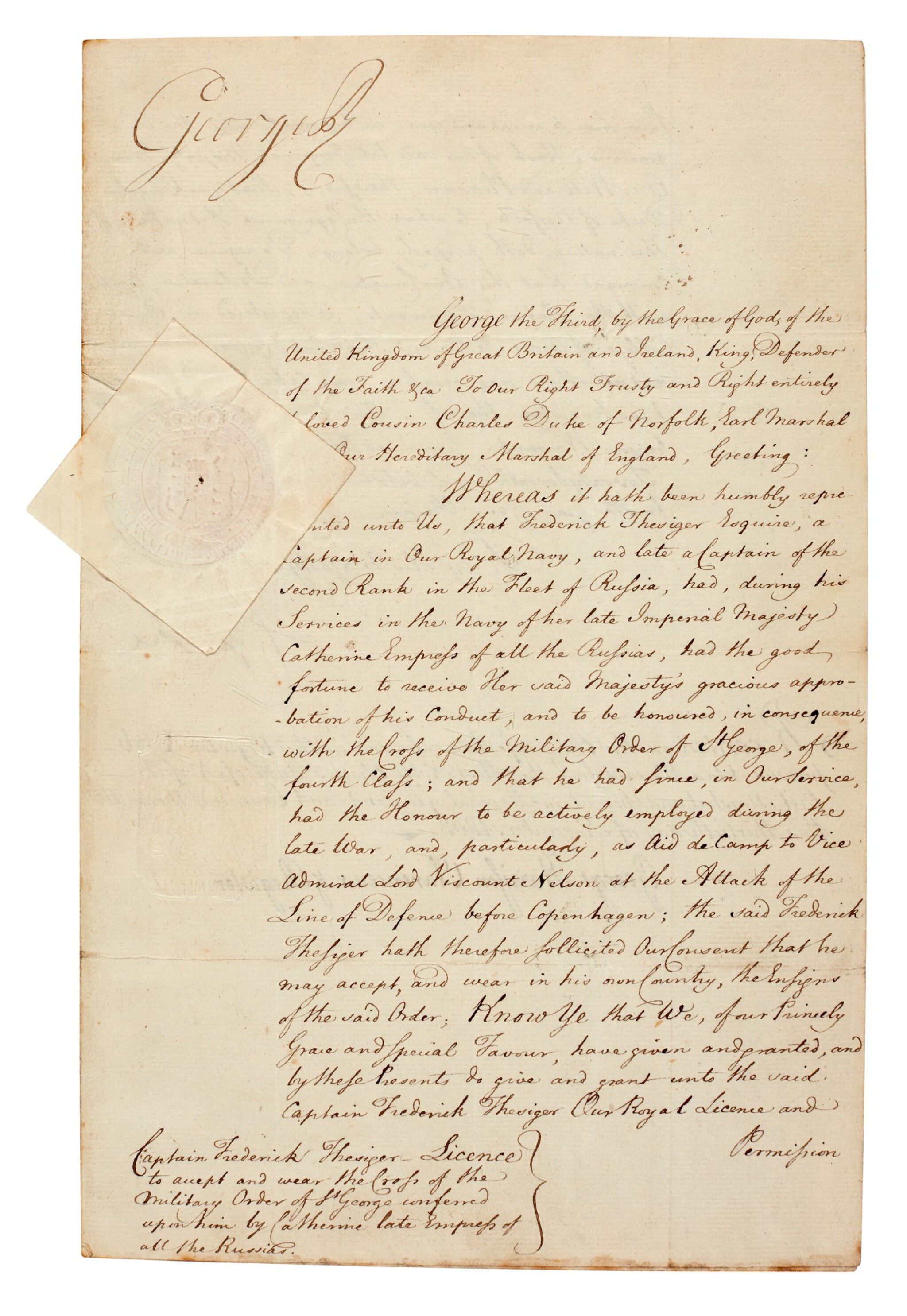 licensing him to bear the Cross of the Military Order of St, George, of the Fourth Class, "conferred upon him by Catherine later Empress of all the Russias" when he served as Captain of the Second Rank in the Fleet of Russia, for "he had the honour to be actively employed, during the late War, and particularly as Aid-de-Camp to Vice-Admiral Lord Viscount Nelson at the attack of the line of defence before Copenhagen", 2 pages, integral blank, folio, paper seal, recorded in the College of Arms London, 27 October 1803

Sir Frederick was a naval officer in the British and Russian services. After initial service in the East India Company, he entered the Navy and appointed as acting lieutenant on board the Formidable in 1782. When war broke out between Russia and Sweden in 1788 Sir Frederick entered Russian service.

“In June 1790 he took part in the desperate action fought off the island of Bornholm. Although the victory went to the Russians, Thesiger was the only survivor of the six British captains in Russian service. He was rewarded with the insignia of the order of St George by the Empress Catherine herself.” (ODNB)