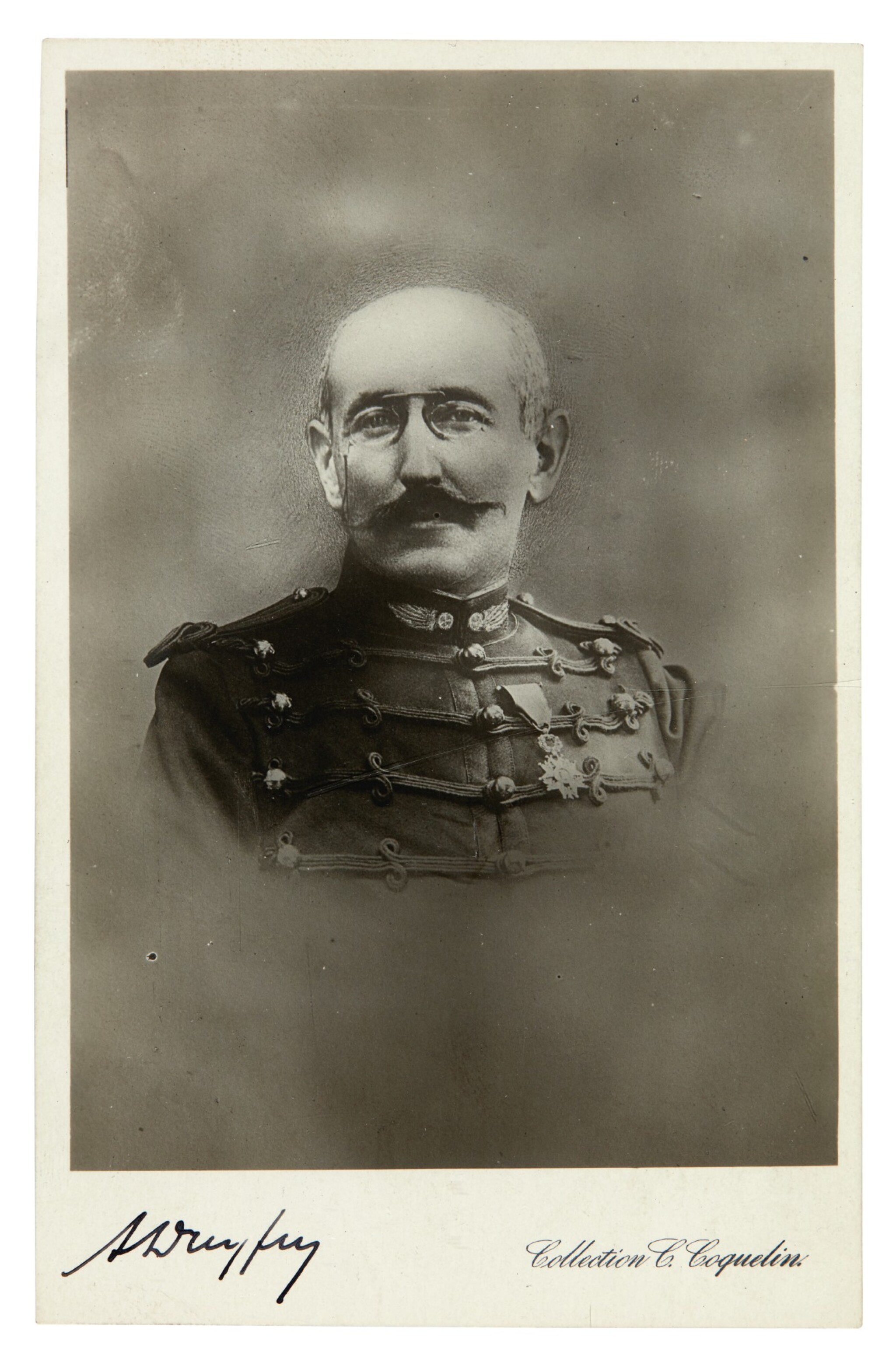 This is a famous photograph of Captain Alfred Dreyfus (1859-1935), restored to his rank in the French Army in around 1906. In 1894, as a Jew, he was accused of passing secrets to the Germans, and sentenced to life imprisonment on Devil's Island. The Army's attempt to cover up and protect the real culprit became a national scandal and was denounced by Emile Zola in his celebrated article "J'accuse...!". Eventually, in 1906, Dreyfus was restored to his rank in the army and given the decoration of the Legion of Honour (which is how he appears here) and he went on to serve his country during World War I.