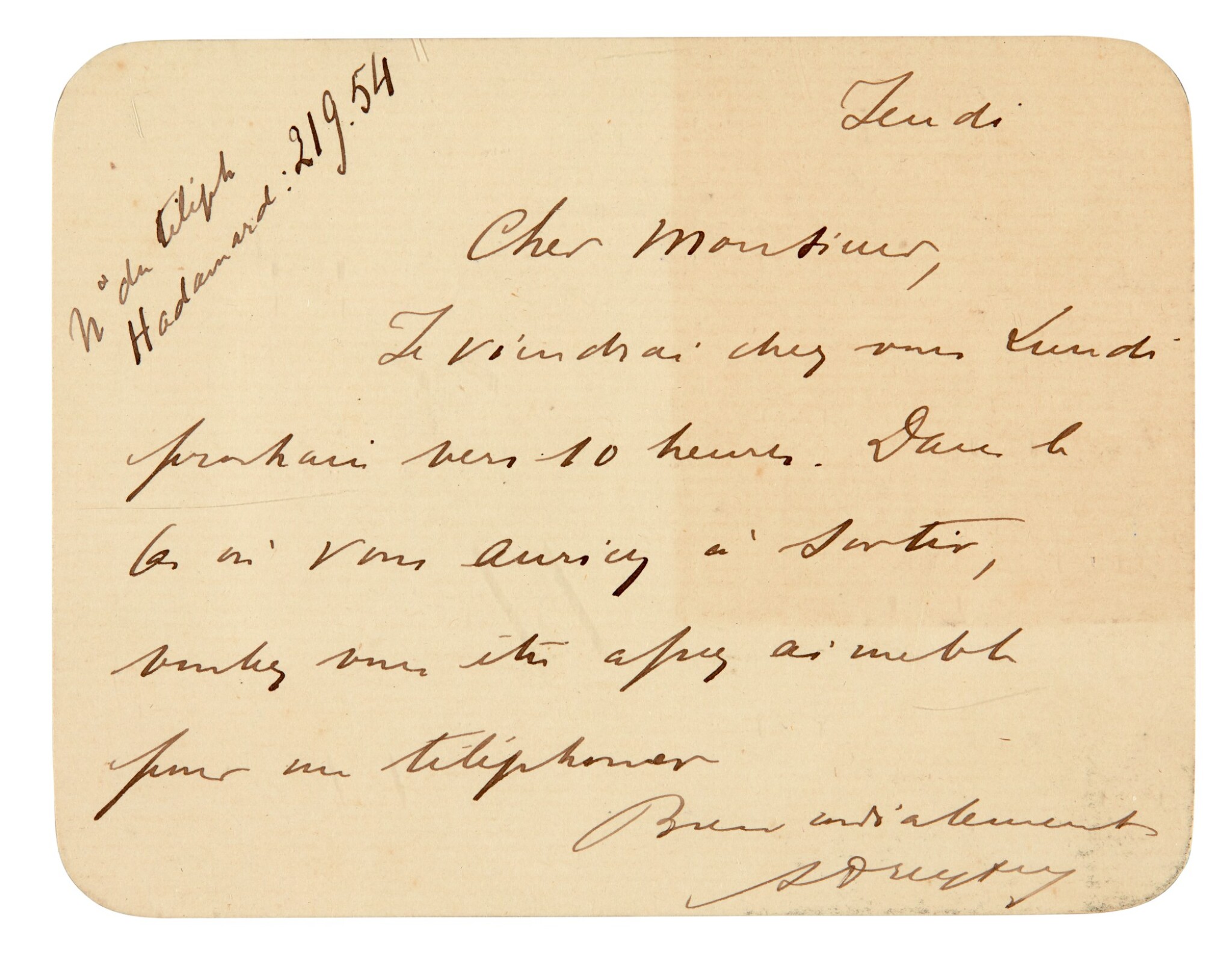 A COLLECTION OF FOUR ITEMS BY CENTRAL FIGURES IN THE DREYFUS AFFAIR, IN FRENCH:

iii) Picquart, Georges, autograph letter signed, to "Cher Monsieur et Ami", explaining that he has lost the invoice for a series of maps he has had engraved, 1 page, 8vo, integral blank, Paris, 3 December 1901

It was Colonel Picqart in 1896 who discovered that the notorious bordereau used to implicate and convict Dreyfus had actually been the work of Major Esterhazy. He was transferred to the Tunisian desert for his troubles but was later exonerated (along with Dreyfus) and eventually became Minister of War under Clemenceau. Mathieu's correspondent is probably his brother-in-law, Joseph Reinach, a member of parliament who helped in Dreyfus's defence. As French Prime Minister during 1899-1902, Waldeck-Rousseau skilfully distanced the government from the second court-martial of Dreyfus at Rennes, so that the President of the Republic could grant him a pardon.