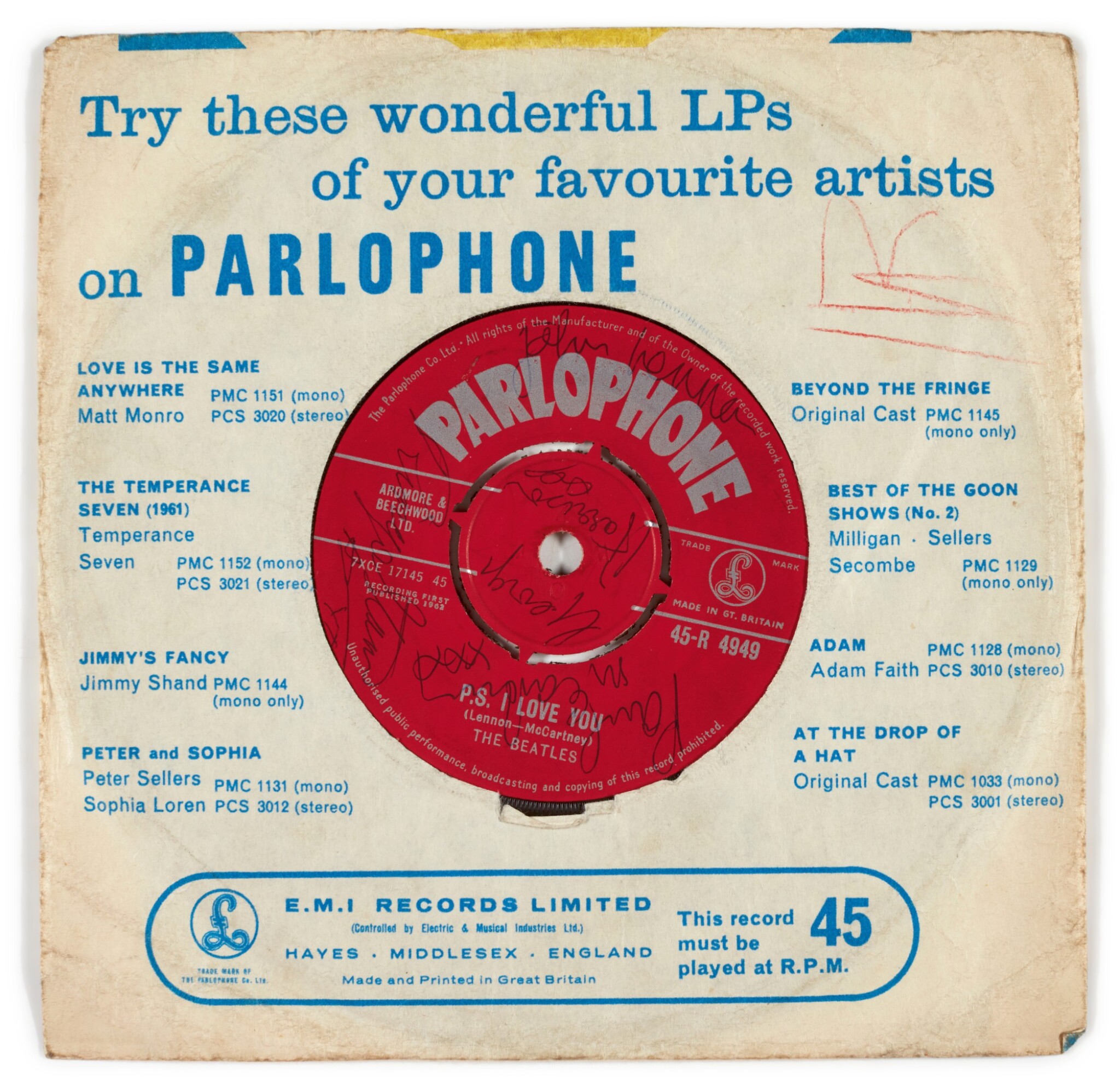 [with:] Letter of provenance signed by Anthony John Walker noting that he had obtained this signed copy in 1962; and a letter of authenticity by Tracks, Ltd., 2009

THE BEATLES FIRST SINGLE, SIGNED THE DAY AFTER ITS RELEASE. 'Love Me Do' was released on Friday 5 October 1962. The following day the band held their first ever official signing session. This event took place at Dawson's Music Shop in Widnes, a town on the north bank of the Mersey a few miles from Liverpool, at 4 pm on 6 October 1962.

Two versions of 'Love Me Do' had been recorded at Abbey Road. On 4 September it had been recorded with Ringo on drums but on 11 September another version was laid down with session drummer Andy White, whilst Ringo was relegated to tambourine. This first pressing single bears the Ringo version of the song. EMI switched to the Andy White version for the song's 1963 rerelease, and the master of the Ringo version was deleted.

The single peaked at number 17 in the UK charts: "Crude as it was compared to the Beatles's later achievements, it blew a stimulating autumn breeze through an enervated pop scene, heralding a change in the tone of post-war British life ... The first faint chime of a revolutionary bell, 'Love Me Do' represented far more than the sum of its simple parts. A new spirit was abroad: artless yet unabashed - and awed by nothing." (MacDonald, Revolution in the Head, p.43)