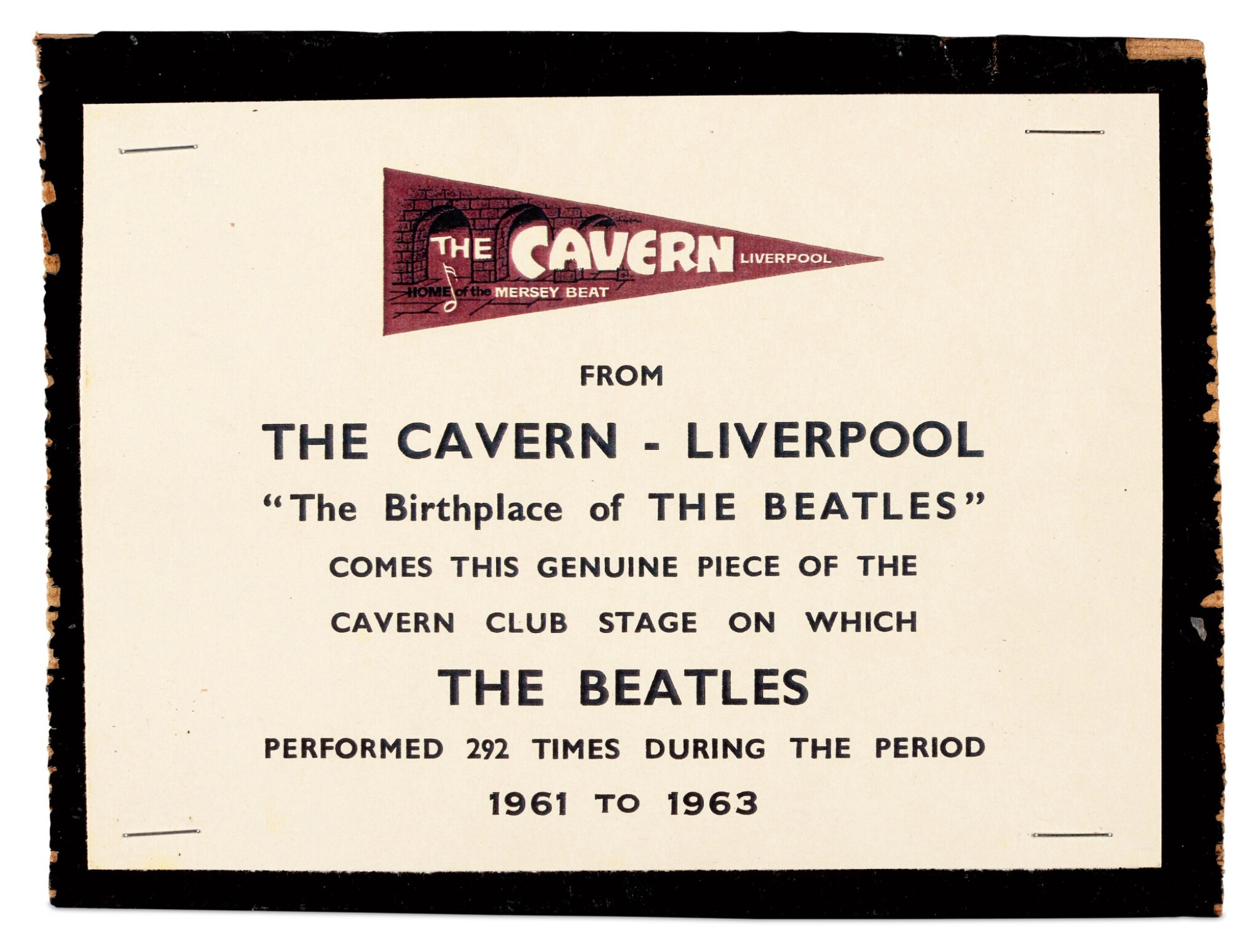 The paper label states 'From | The Cavern - Liverpool | "The Birthplace of THE BEATLES" | Comes This Genuine Piece Of The | Cavern Club Stage On Which | The Beatles | Performed 292 Times During The Period | 1961 To 1963'.

In September 1964 the Cavern Club hosted a series of concerts entitled Beat Time For Oxfam to raise money for Liverpool’s Freedom From Hunger Campaign. As part of the fund-raising, sections of the old stage which had just been refurbished by owner Ray McFall were sold off as souvenirs. This piece of Cavern Stage is accompanied by a letter of authenticity signed by Nigel Greenberg, director of Cavern Sound Limited and whose father-in-law bought the Cavern after Ray McFall went into liquidation:

"…Ray thought it would be a good idea to cut the old stage up onto small pieces and sell them for charity so he had cards printed and affixed to pieces of the Cavern stage. I was present when the stage was being cut up and, in fact, helped to staple the cards to the pieces of Cavern stage…"