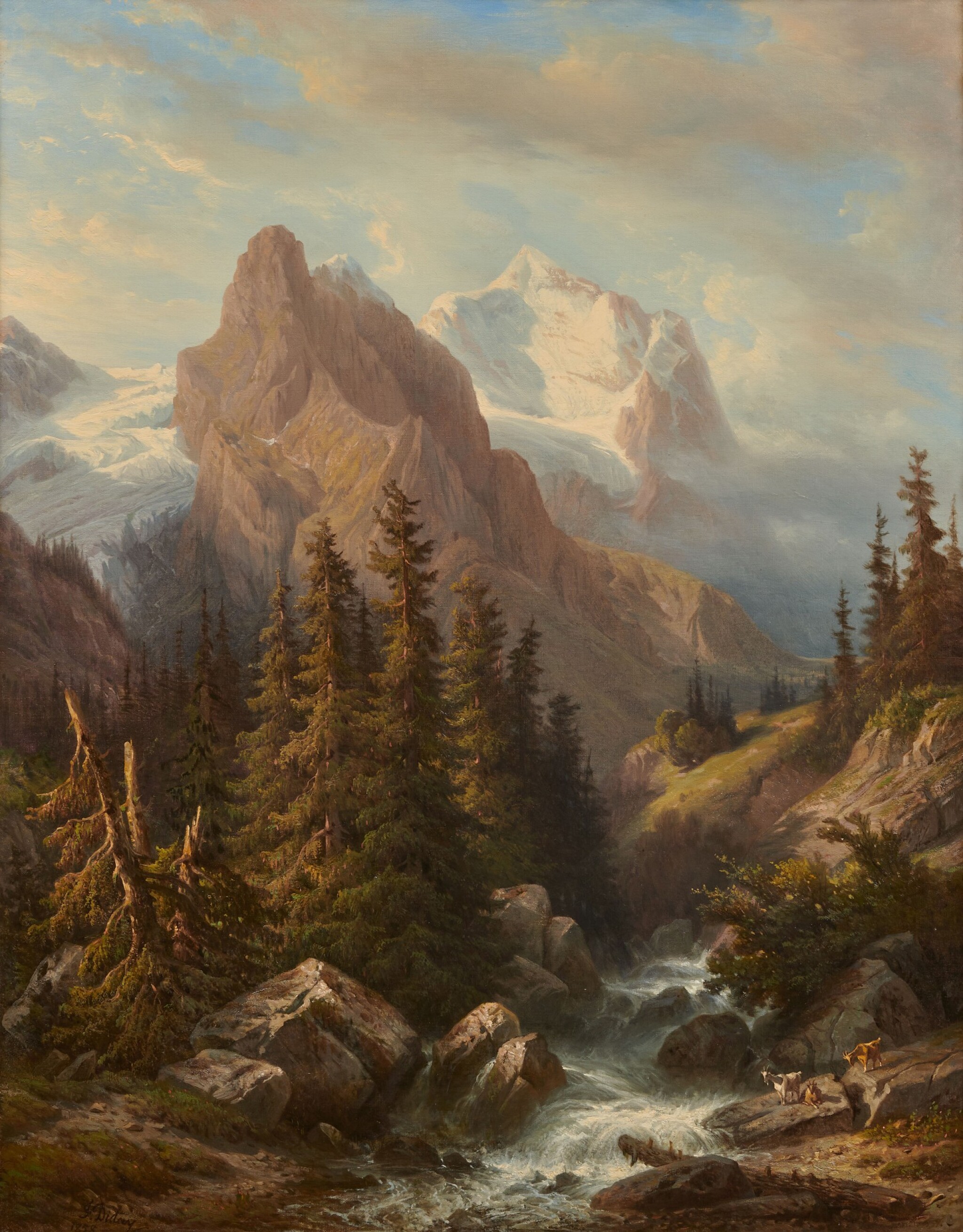 MOUNTAINOUS LANDSCAPE WITH THE ROSENLAUI GLACIER, 1858

The canvas which has a wax relining is stable. The paint surface is well preserved throughout. Inspection under UV light shows several areas of repair: above the mountain peak, the right slope of the central mountain and in the greens on the right side of the river. There are scattered areas of retouching visible around the signature and within the central tree group. The frame, with two segments in the corner area re-stuck, is otherwise in good condition.

From an early stage in the artist’s career the mountains of the Bernese Oberland were an important inspiration for Diday’s landscapes which aimed to capture the grandiose and dramatic character of the Swiss alps. Indeed, Diday was the first Genevan painter to take the alps as subject matter and from 1829 was active as a teacher training a whole new generation of landscape painters, including his friend and later rival, Alexandre Calame. The considerable success of both artists, they exhibited in Paris, Vienna and Brussels, were awarded numerous prizes and enjoyed patronage from numerous collectors and royalty, put Genevan landscape painting definitively on the map.

The present view shows the snowy peaks of the Eiger, the Wetterhorn with the Rosenlaui glacier to the left. In the foreground a torrent descends the valley with storm battered pine trees to the left and a group of goats resting peacefully on the right. A broadly similar landscape from the same viewpoint, but of horizontal format, signed and dated 1841, was sold Zurich, Koller, 4 December 2015, lot 3043. Diday describes the mountains in great detail, showing the different effects of sunlight and shade. Whereas the majestic peaks symbolize the unchanging majestic beauty of the mountains, the more destructive side of nature is suggested by the force of the rushing water in the foreground and the jagged tops of the ravaged pines.