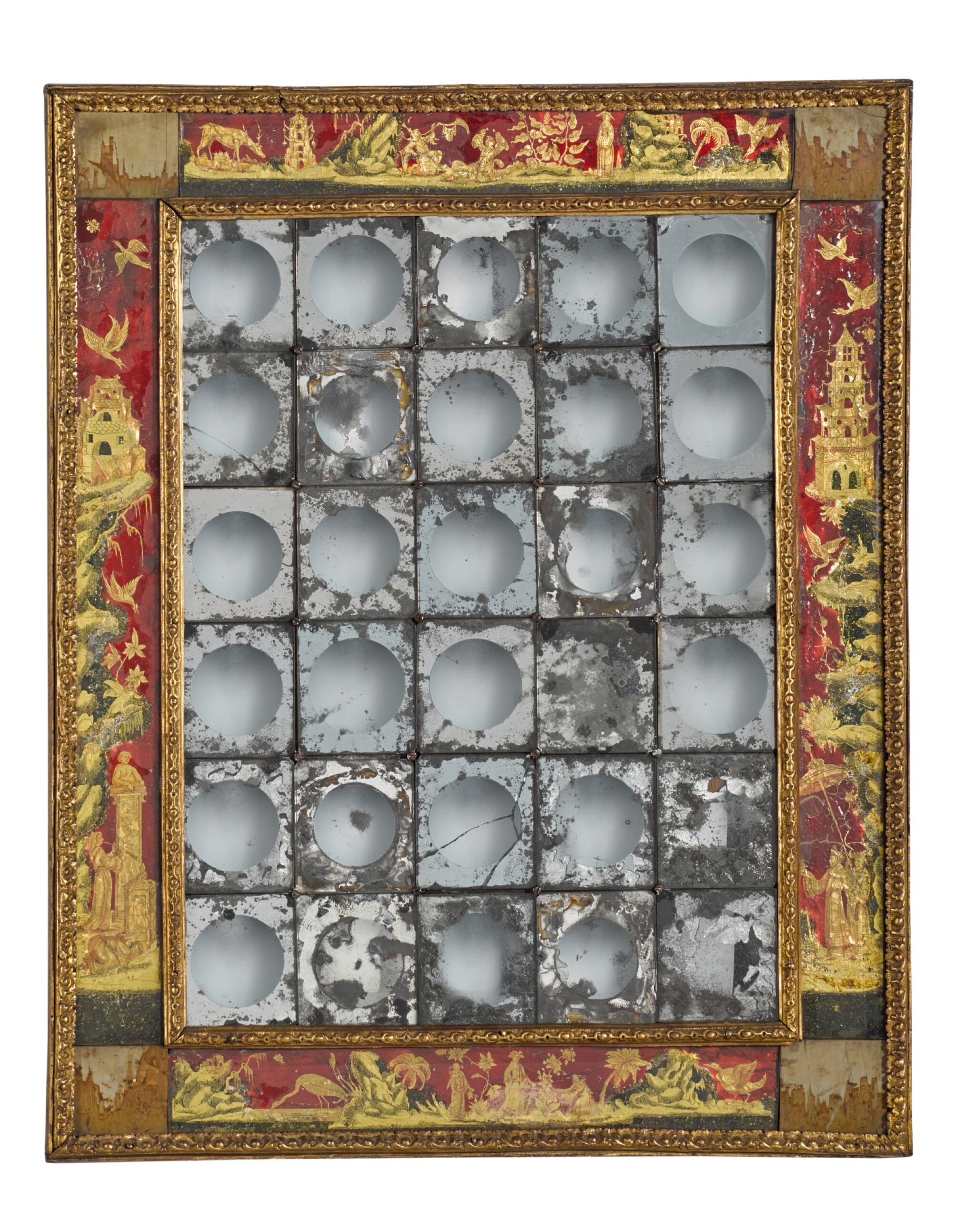 of rectangular shape, inset with thirty small plates each with circular concave-cut back, the border with pietra paesina panels, probably associated, at each corner, the rest with parcel-gilt red-foil backed panels

In overall good condition. Generally with minor old marks and scratches consistent with age and use. Foxing to small mirror plates as visible in the catalogue image. One mirror small plate cracked diagonally to a corner. Minor rubbing and losses to the gilding. One small pietra paesina panel with a small crack to a corner. One hook at back. Very decorative.

The present mirror is a fine and rare example of the short-lived fashion for verre eglomisé (i.e. applying both design and gilding to the reverse of glass) in France in the early 1700s and of the taste for ‘chinoiserie’ promoted by French designers and makers from the late 17th century.

The design for this mirror’s borders reflecting the chinoiserie style needs to be examined through the historical lens of the relations between China and France. Indeed, since the reception at the French Court of the ambassadors of the King of Siam in 1686 which marked the beginning of the interest of the court for the artistic productions of China, many French expeditions to China were launched. From the later, many fathers brought back illustrations, travel stories or texts on Chinese culture such as Historical portrait of the Emperor of China presented at the Roy by the father Joachim Bouvet (1697), Confucius sinarum Philosophus translated by several Jesuit missionaries (1687) or the New briefs on the present state of China by Father Louis the Count (1696).

The illustrations in these publications, sometimes merely European interpretations and imitations of Chinese lifestyles, are at the heart of the chinoiserie style and have undeniably inspired French artists from the late 17th century and ultimately the design for this mirror. A further publication of influence which may have also been an inspiration for the mirror’s borders was that of Johan Nieuhof (An embassy from the East-India Company, 1669).