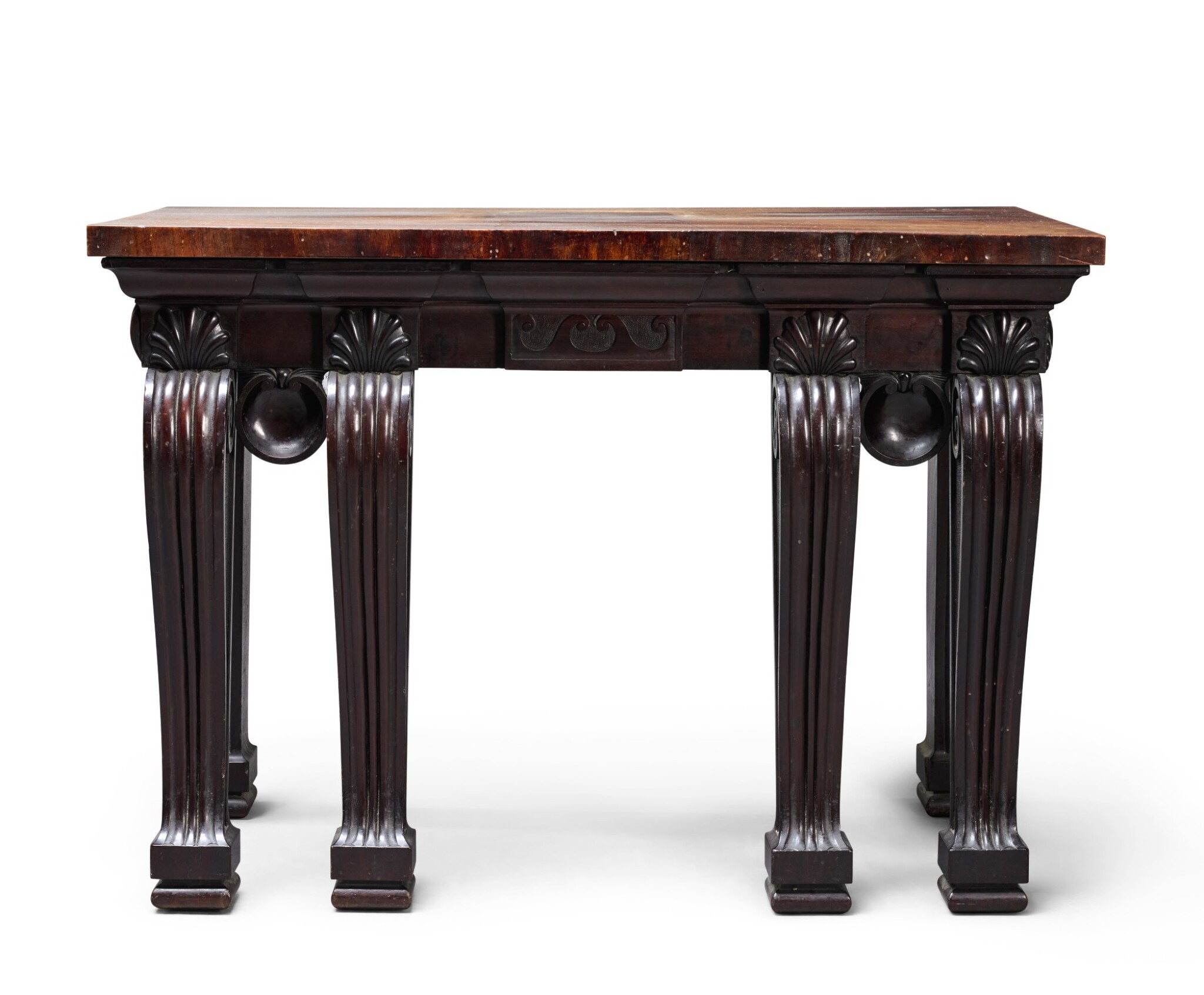 A George II carved mahogany side table circa 1730 and later, in the manner of William Kent

This table would have originally had a marble top and the mahogany replacement is in need of attention with shadow marks from objects placed on top, variation to colour and loses to polish from sun exposure, watermarks and other signs of wear and tear. The base in generally good order and would benefit from a gentle clean to remove dust and ingrained dirt from carved detail. Later carved shell to side of front right corner proper has been cut down from larger shell to fit and other later applied shells with minor age splits. Otherwise, the table has typical minor old marks, chips, dents and scratches consistent with age and use.

Anne, Countess of Rosse was born in 1902 and spent much of her childhood at Nymans House in West Sussex, the house her grandfather, Ludwig Messel bought when he came over to England from Germany as an émigré.

Countess Anne grew up to become a notable figure in London and Ireland, labelled as one of the ‘bright young things’ by the media who took a great interest in her and her social circle at the time. In 1957 she proposed the founding of the Victorian Society which promoted, through events and a magazine the appreciation of Victorian listed buildings and their heritage. The members of this society included John Betjeman and former Bletchley Park codebreaker, Jane Fawcett. Anne married Michael Parsons, the 6th Earl of Rosse in 1935 and the couple moved to his family Seat at Birr Castle in County Offaly, Ireland, where the Parsons family have held their seat since 1620.

The table was probably moved from one of Countess Anne’s properties in England around this time, the most likely candidate being their house in Lancaster Gate which was sold in the 1940’s. The form of the table, which in its original state would have had a marble 'slab' top, relates closely to the famous 'buffet' designed by William Kent (c. 1685-1748) for the Marble Parlour at Houghton (see Adam Bowett, Early Georgian Furniture 1715-1740, China, 2009, p. 218, pl. 5:34).