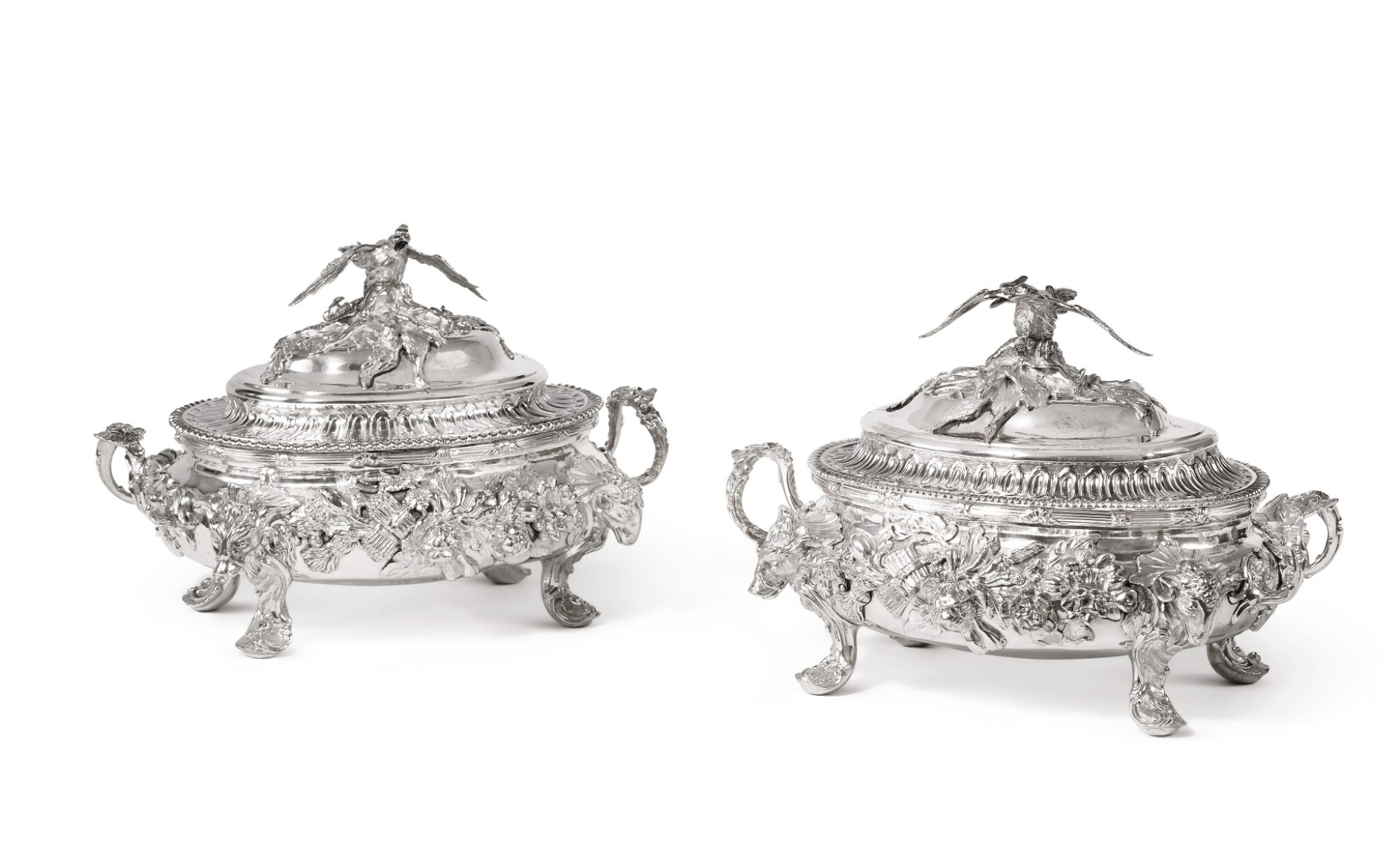 each raised on four rococo feet headed by two boars' heads and two rams' heads, the sides applied with swags of roses and various vegetables including asparagus, carrots, mushrooms, and artichokes, the cover applied with fowl and small game below a spread-winged eagle, fitted with silver liners, the Cripps example with bird crest at each end and twice on cover, the Parker & Wakelin example with lion and deer head crests on cover

length over handles 12¾ in.

The Cripps example with repair below rim at one handle. Both with feet pushed up slightly into body and some minor dings. Otherwise good condition.