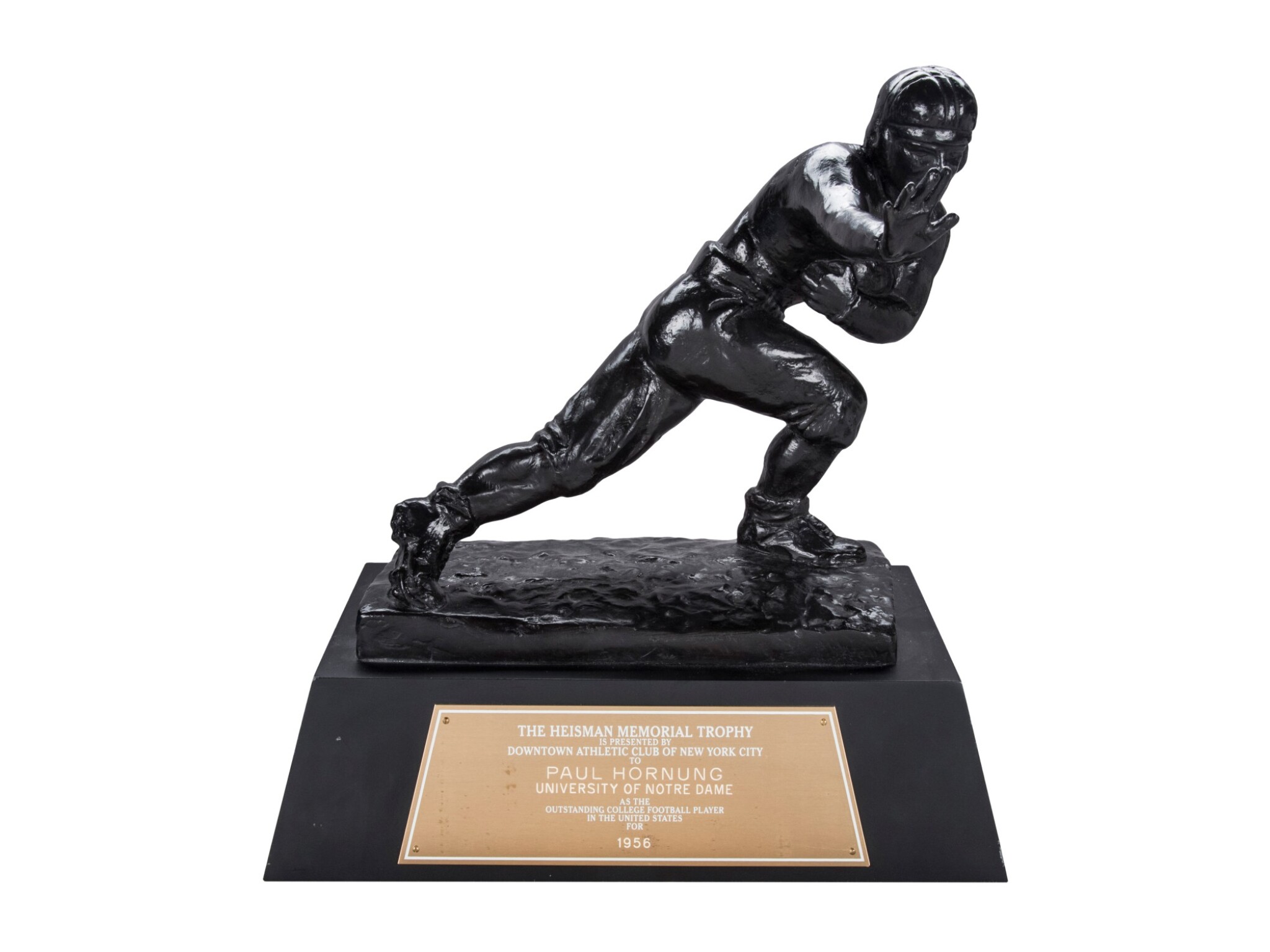 It is a tribute to Paul Hornung’s incredible talent that he was named 1956’s Heisman Trophy winner. That season Hornung passed for almost 1,000 yards, added another 420 yards rushing, caught three passes and returned four punts, then ended the season with an incredible 95 yard run-back TD in his final college game - all this, mind you, for a Notre Dame team that went 2-8! Dubbed “The Golden Boy”, Paul Hornung was the subject of a Sports Illustrated cover story and graduated Notre Dame as the NFL’s first round draft pick. Hornung became the first player ever to win the coveted award from a team with a losing record as he edged out John Majors of Tennessee and Tommy McDonald of Oklahoma.

The Green Bay Packers drew the lucky first draft pick and Hornung went on to anchor the Packers offense through four championships and a Super Bowl. Hornung was the first player in pro football history to win the Heisman Trophy, NFL MVP Award, 1st selection in the NFL draft and be enshrined in both the College and Pro Football Hall of Fame’s.

This iconic trophy was the first major acknowledgment of one of football’s greatest running backs. This particular Heisman is one of four made for Hornung and is an authentic Herff Jones reissue. Besides the original presented to him in 1956, three additional Heisman's were crafted for Hornung. One is on display at his alma mater Notre Dame, the other is on display at the Green Bay Packers Hall of Fame and Goldin Auctions is proud to offer the one formerly on display at Hornung's home. Each of the awards issued to Hornung are identical in every way, exact same size, weight and specifications. If is also important to note that the Downtown Athletic club no longer allows winners to have an additional awards issued to them, even as a replacement for theft, making this an ultra-rare prize. This Heisman award weighs just over 44 pounds and measures 17 ½ x 12 ½ x 18 ½ inches. There are some light abrasions and scuffs from display, but overall is in excellent condition and makes for a tremendous show piece. This is a stunning example of one of sports’ most iconic awards for one of the greatest college and professional football players of all-time! Comes with Letter of authenticity from Paul Hornung.