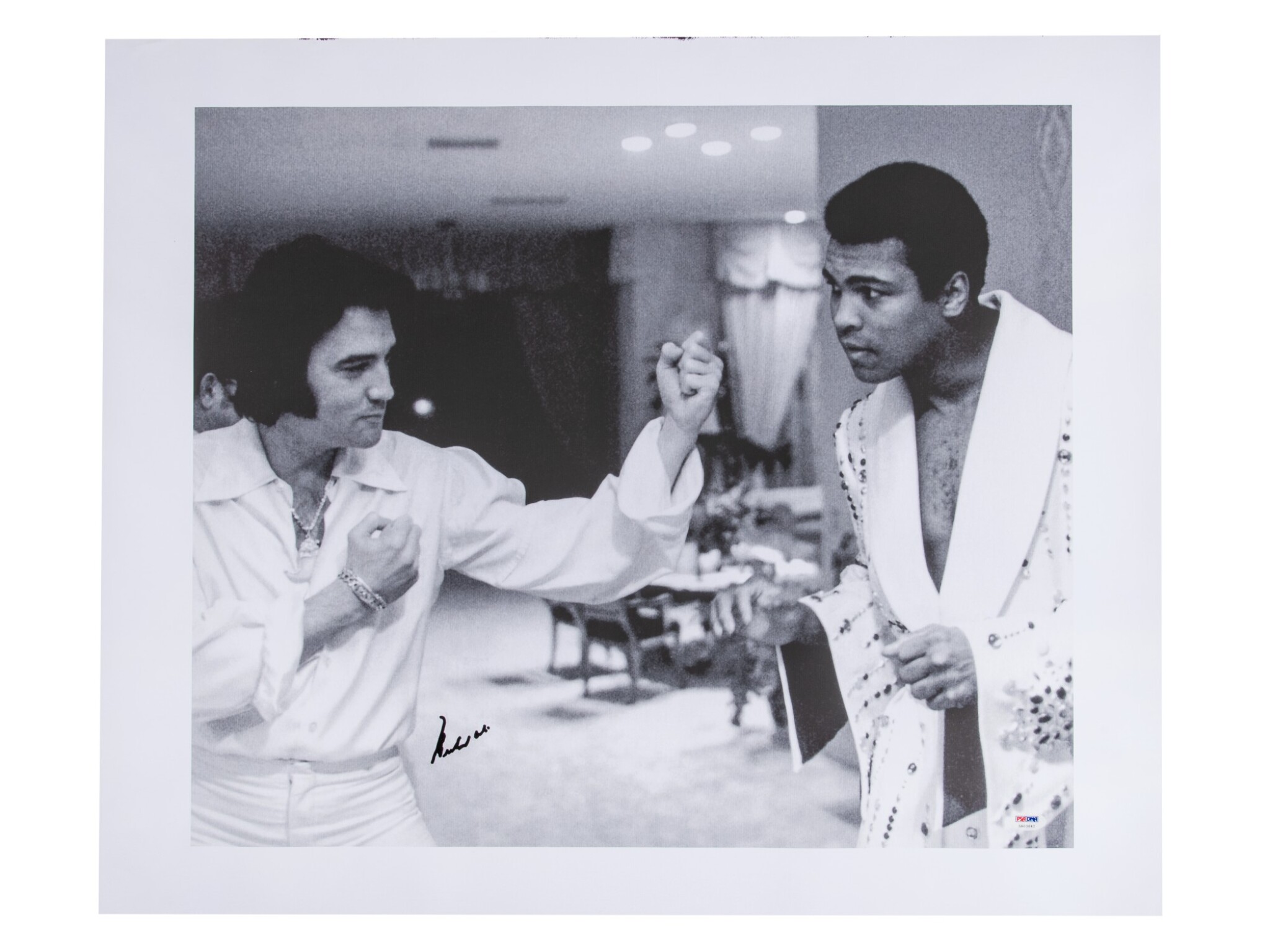 Offered here is a signed canvas photograph of Muhammad Ali and Elvis Presley. These men, arguably two of the most famous Americans of all-time, are posed in a faux-fight, with Elvis gearing up to throw a left handed hook at the champ. One of the most revered musicians of the 20th century, Elvis Presley brought rock and roll to masses during his exemplary recording career. Known as much for his gyrating dance moves as his resonant voice, Elvis sits atop the pantheon of great American artists. The legend of Elvis grew eve. Ali is staring at Presley with both legends dressed in white. Ali had an impressive 56-5 record as a heavyweight, with 37 of those wins coming by knockout. Universally regarded as one of the greatest athletes of the 20th century, Ali became an Olympic gold medalist in 1960 and the world heavyweight boxing champion in 1964. Following his suspension for refusing military service, Ali reclaimed the heavyweight title two more times during the 1970s, winning famed bouts against Frazier and Foreman along the way. This is a 28 x 24-inch canvas with the black and white photograph that has been signed by the late Muhammad Ali in black marker to the right of Elvis’ waist. The canvas is in good overall condition, with only minor edge wear. This comes with a STICKER ONLY from PSA/DNA (5A03642).