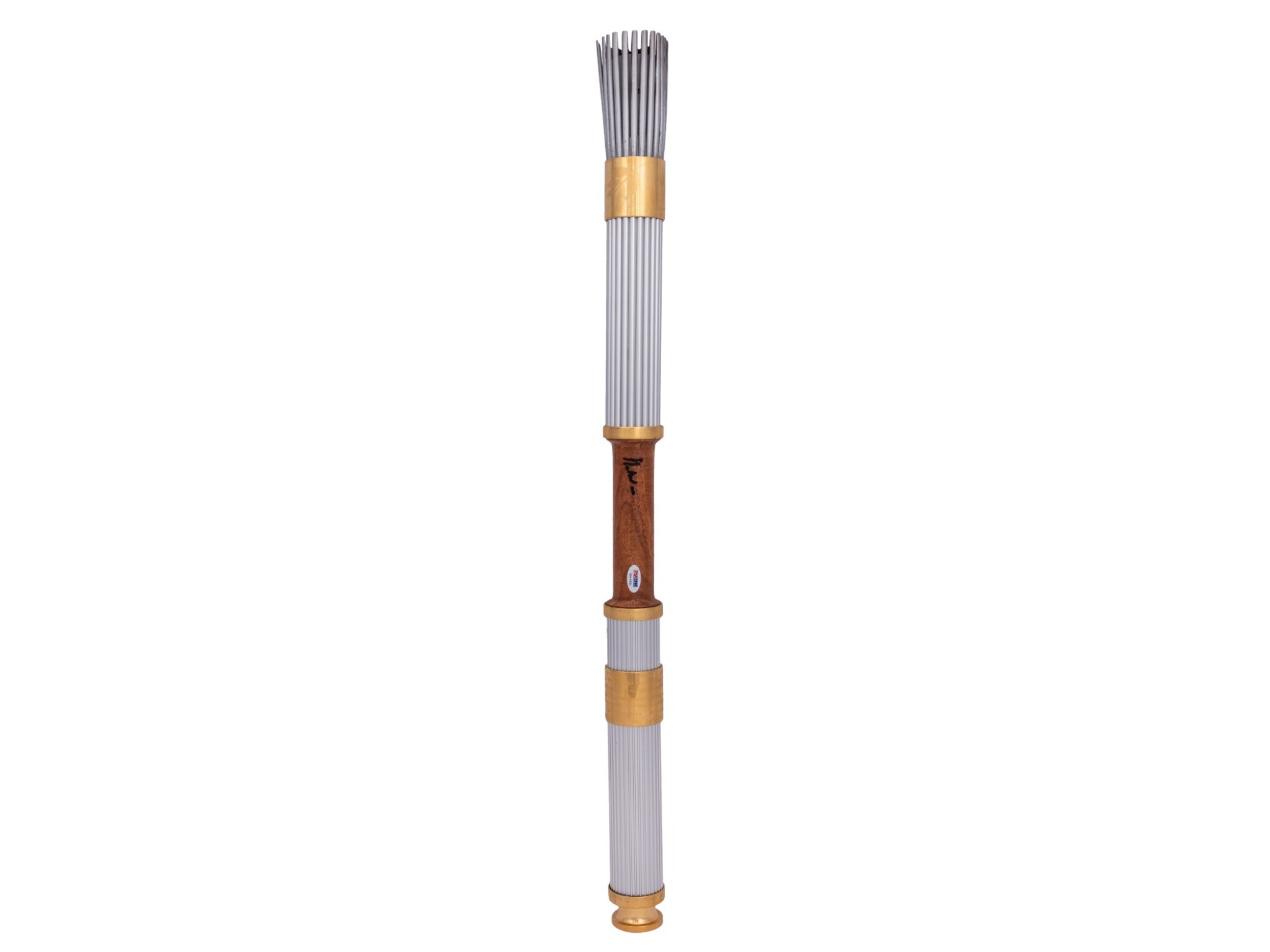 There may be no greater honor in all of sports that lighting the cauldron for the Olympics and there was no greater person to have that honor to represent the United States than Muhammad Ali. Ali was selected to light the cauldron at the opening ceremonies of the 1996 Olympic Games in Atlanta, Georgia. It was certainly one of the great moments in American sports history, and despite his battle with Parkinson’s disease, Ali was able to lift his shaking hands to light the flame as 85,000 people at Olympic Stadium cheered in unison – and the games of the XXVI Olympiad were underway.

Offered is one of the torches that were used along the route that had the final destination in Atlanta. This beautifully crafted torch is made of metal on two sides with a wooden handle in the middle. There are two 2-inch wide gold plates wrapped around each of the metal sections. One plate has etched in all of the previous Olympic cities with the years they hosted, and the other plate has the Atlanta 1996 logo and floral designs. This 32-inch torch is in excellent condition and adding to this phenomenal torch is the signature from Muhammad Ali. “The Greatest” has signed his name in bold black marker on the wooden handle. This signed torch comes with a STICKER ONLY from PSA/DNA (5A46851).