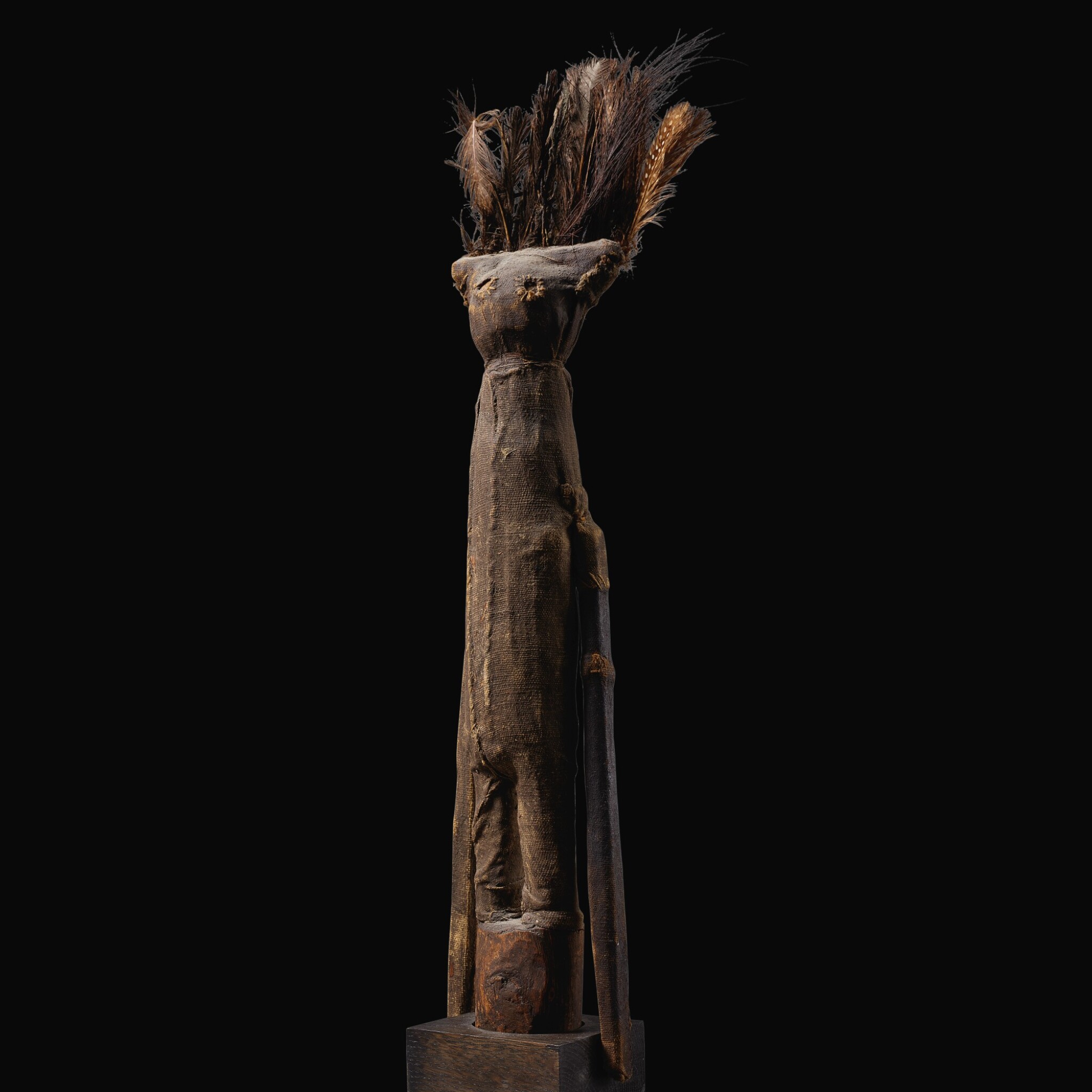 Very good condition overall. Some breaks and losses to the feathers, which are dry and somewhat fragile. Wear and some minor losses and abrasions to the fabric covering. Arms are constructed of separate wood sections, as to be expected. Remains of ritually applied material. Has base.

Ludwig Bretschneider, Munich
Ulrich Klever, Sankt Georgen (Traunreut), acquired from the above
Thence by family descent
Sotheby's, New York, November 15, 2002, lot 6, consigned by the above
Private Collection, New York, acquired after the above auction
This ominous figure is a kafigeledjo, a Senufo term which can be roughly translated as "he who speaks the truth". As instruments of divinatory practice, these oracle figures played a central role in rituals also known as kafigeledjo. Hidden from public view, kafigeledjo were physically accessible to only the most learned and senior male elders of the initiatory Poro society and, very occasionally, to female leaders of the Sandogo association. Possessing oracular power, kafigeledjo figures were said to represent "invisible bush spirits" (Alisa LaGamma, Art and Oracle: African Art and Rituals of Divination, New York, 2000, p. 26). Their truth-telling function helped to maintain social order by revealing "misdeeds, false testimony, and culpability" (ibid.).

Aesthetically, this kafigeledjo is at once both representational and abstract. Its fabric-woven form topped with feathers resembles a frenetic human figure, yet the layers of mud and other crusty sacrificial materials shroud the figure in a cloud of secrecy and imbue it with a potent sense of intimidation. This combination of figural and abstract forms is symbolic of the kafigeledjo's spiritual power, which it wields in Senufo communities through the agency of leaders who straddled both the human and the spiritual worlds.