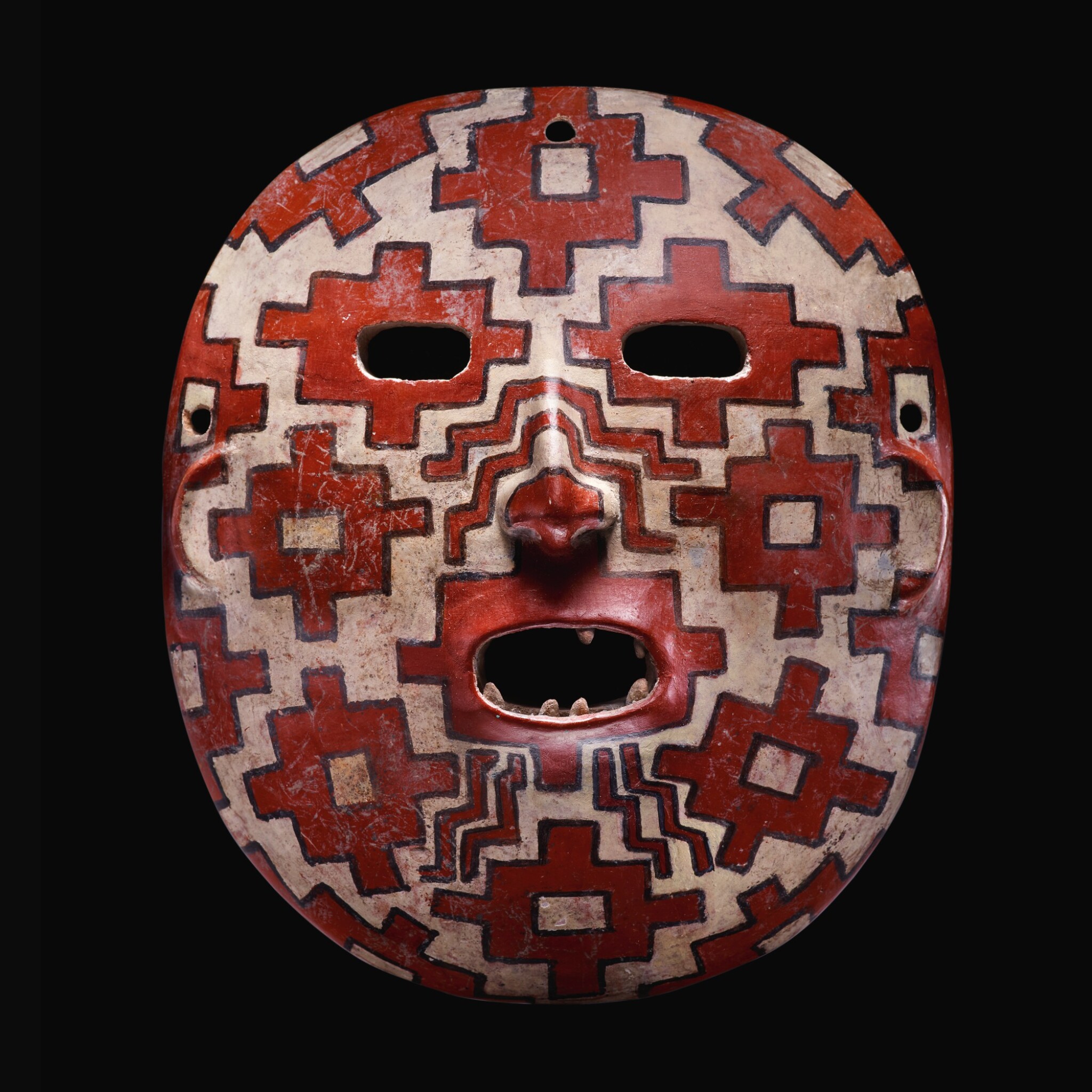 The facial features of this mask are delineated with delicacy and refinement; small half-moon ears seem to rise almost imperceptibly from the surface of the mask, their edges carefully painted so as not to interrupt the elegant pattern of motifs across the face. The lips are fine and swell out gently, whilst the nose is aquiline and delicately modeled. The mouth retains several small teeth. Small zig-zag lines appear underneath the mouth and across the bridge of the nose; perhaps indicating voice and breath, these motifs appear to be distinctive to some of the masks; see, for example, the closely related mask illustrated in Gerald Berjonneau, Emile Deletaille, and Jean-Louis Sonnery, Rediscovered Masterpieces of Mesoamerica: Mexico-Guatemala-Honduras, Boulogne, 1985, p. 182, pl. 264.

The Chupícuaro ceramic tradition was well-established and highly sophisticated, and Chupícuaro sites had important trade links “to the great Late Formative urban communities of the Valley of Mexico, such as Cuicuilco and early Teotihuacan […and] Jalisco and the basins and ranges of the plateaus beyond.” (ibid., p. 117).