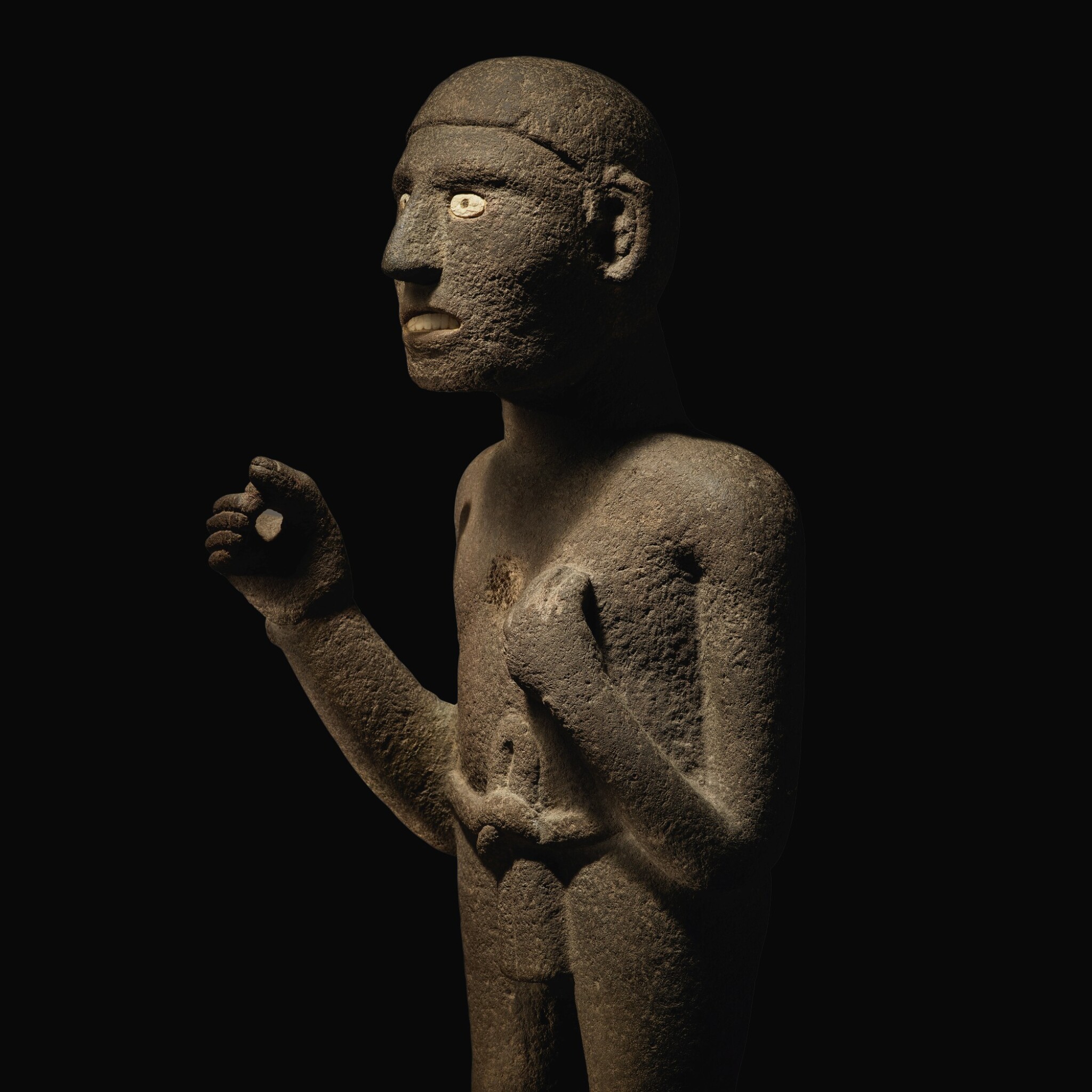 Aztec Stone Figure of a Macehual

Here the steadfast, sturdy macehual stands alert, naked save for his sandals and máxtlatl, or loincloth, which is tied in a large vertical knot that emphasizes his masculinity. His left hand is raised and held to his chest, whilst he holds his right hand out, thumb and forefinger together. In this hand he probably once held a standard of some perishable material; figures of this type and posture are known to have been “placed on or near the temples […where they held] flags or banners during festivals” (Esther Pasztory, Aztec Art, New York, 1983, p. 228).

A small hollow in the center of chest was probably once inlaid. Discussing a related figure in the collection of the Museo Nacional de Antropología, Felipe Solís Olguín and Roberto Velasco Alonso note that the hollow in its chest would “originally have been filled with greenstone, a ‘heart’ that gave the figure life.” (Eduardo Matos Moctezuma and Felipe Solís Olguín, eds., Aztecs, London, 2002, p. 410, text to cat. no. 36). Whilst the “heart” is absent, this figure is brought to life by the intent gaze of the inlaid shell eyes and teeth, which gleam white against the somber grey stone.