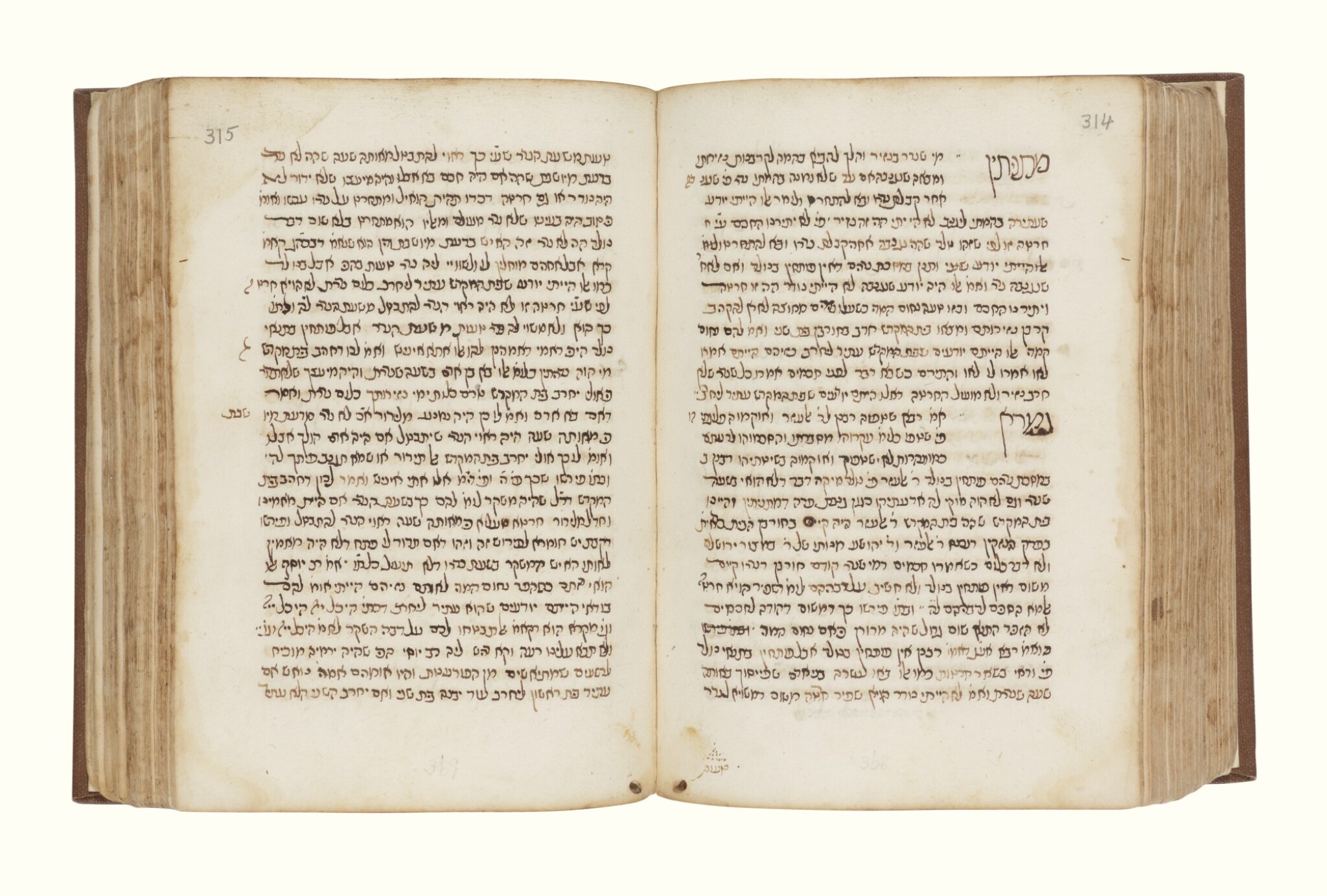 The only surviving copy of one of the few medieval commentaries on Tractate Nazir extant.

Rabbi Perez ben Isaac ha-Kohen (1304-1370), probably a native of Manosque in Provence, spent time in Marseilles and Barcelona before finally settling in Toledo. He is best known as the teacher-colleague of Rabbi Nissim of Girona (Ran; ca. 1315-1376) and teacher of Rabbi Isaac ben Sheshet Perfet (Rivash; 1326-1408), both of whom refer to him in deferential terms. The fourteenth-century Provencal chronicler Rabbi Isaac ben Jacob de Lattes noted that R. Perez “explained the Talmud […] well and at length, and he wrote very much, though the greatness of [these commentaries] is not yet well known.” Indeed, to this day his Talmudic prowess remains largely unrecognized since most of his novellae have been lost.

The present lot, however, preserves R. Perez’s commentary on Nazir (the only other tractate his commentary to which survives is Menahot). He writes that he began this work in his youth, around the age of 22, but completed it in his old age. The treatise is distinguished by its author’s tendency to quote the explanations of his predecessors—particularly the rabbis of Chinon and Évreux, as well as his father—prior to offering his own insights. According to one contemporary scholar, this book’s content suggests that R. Perez may have been the first practitioner of a distinctly Sephardic mode of Talmudic iyyun (analysis). The material here extant covers Nazir 4a-64b; one and a half leaves from this codex, commenting on ff. 6b and 64b-65a, are now part of the Kohut Collection at Hebrew Union College-Jewish Institute of Religion (Ms. K 32).

Nazir is widely considered one of the “special tractates” written in a peculiar dialect of Aramaic that seems not to have benefited from final editorial polishing. While many medieval rabbis attempted to elucidate the Talmudic text, few of their commentaries have come down to us. R. Perez’s work, particularly his preservation of accurate readings of the Talmud and its Tosafot, as well as his explanations of the latter, therefore occupies an important place in the reception history of this tractate and carries the potential to help modern scholars reconstruct much of what is now lost or garbled.