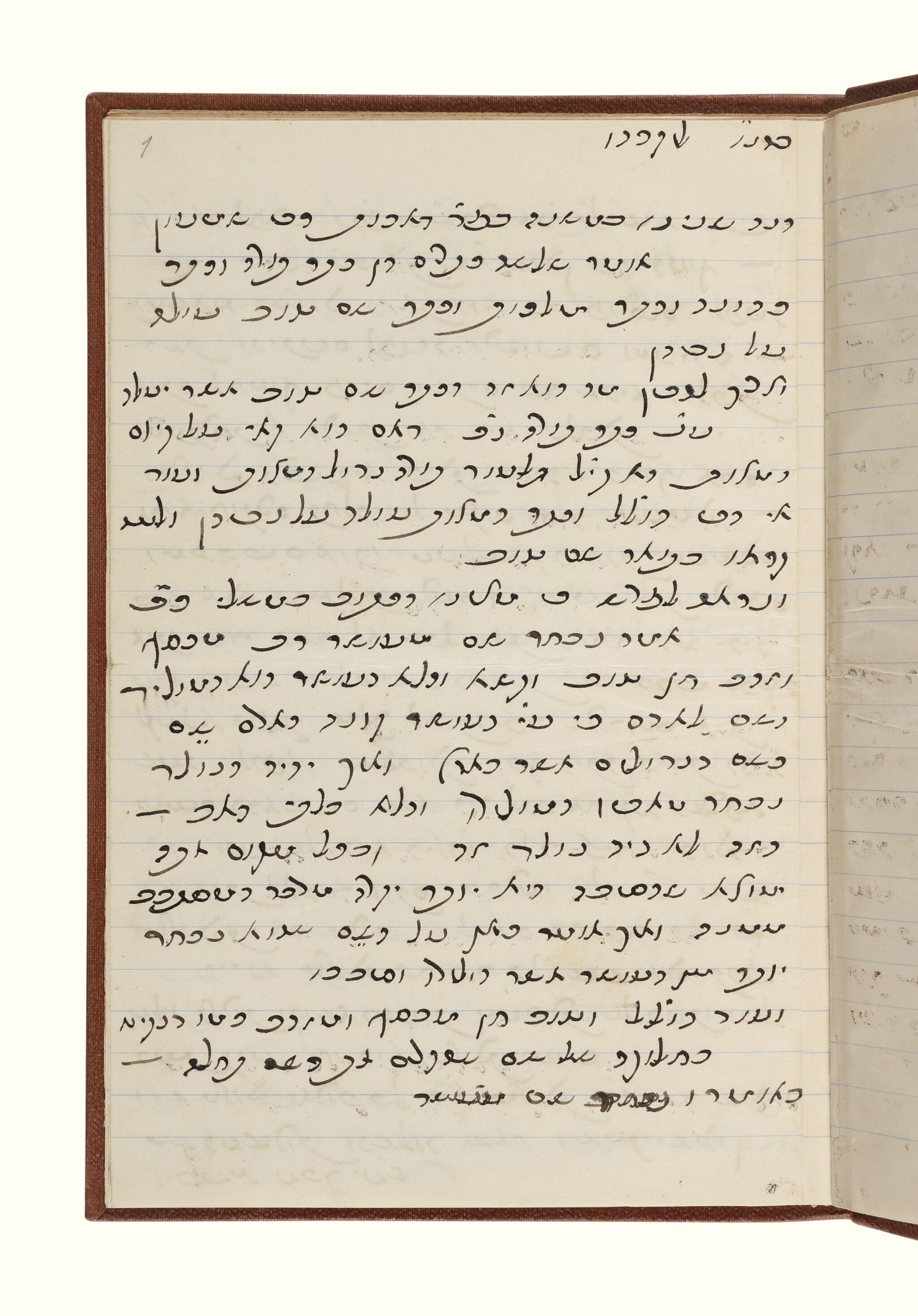 A homily written entirely in the hand of the great Rabbi Joseph Hayyim of Baghdad upon the passing of one of his close friends.

As spiritual leader of Baghdadi Jewry and a master orator, Rabbi Joseph Hayyim delivered lectures and sermons to his community on topics of Jewish law and ethics both during the week and on Sabbaths. From time to time, he was also called upon to eulogize prominent Baghdadi Jews who had passed away. Such was the case when David Sassoon died in Poona in 1864, as well as when his son, Solomon David Sassoon, died in Bombay thirty years later, on Sunday, 10 Adar II 5654 (March 18, 1894).

The present lot comprises the autograph copy of the sermon R. Joseph Hayyim gave at the memorial service held for Solomon David Sassoon at the Sassoon family home in Baghdad. According to a May 3, 1894 newspaper report, on April 5 of that year, after morning prayers, the service was announced in all the synagogues of the city, “and the courtyard of the [Sassoon] house was filled from one end to the other.” In his introductory remarks, R. Joseph Hayyim moved the audience to tears as he spoke of the deceased’s refined character, humility, philanthropy, and adherence to the dictates of Jewish law and tradition, even despite the temptations that normally accompany affluent lifestyles. He noted that the loss of this great man, “plucked while still tender,” was especially difficult for Sassoon’s young family, Bombay, and all of India. (Indeed, Sassoon was eulogized across the Middle and Far East, in places as far away as Hong Kong, Calcutta, and Jerusalem.) The sermon itself treated these themes at greater length, using the teaching in Avot 4:13 about the preeminence of “the crown of a good name” as a point of departure.

Later that day, R. Joseph Hayyim penned a letter to Flora and David Solomon Sassoon to which he attached a transcript of his introductory remarks about Solomon David delivered at the memorial service, saying, “Read it, cry with it, be calmed by it just as I was calmed by it, and then keep it. May it be [His] will that the tears wept by the community served and will serve their purpose, may [the departed’s] soul be bound up in the Bond of Life, and may he repose in peace; amen, so may it be [His] will.”

Sotheby’s is grateful to David Roth for providing information that aided in the cataloging of this manuscript.