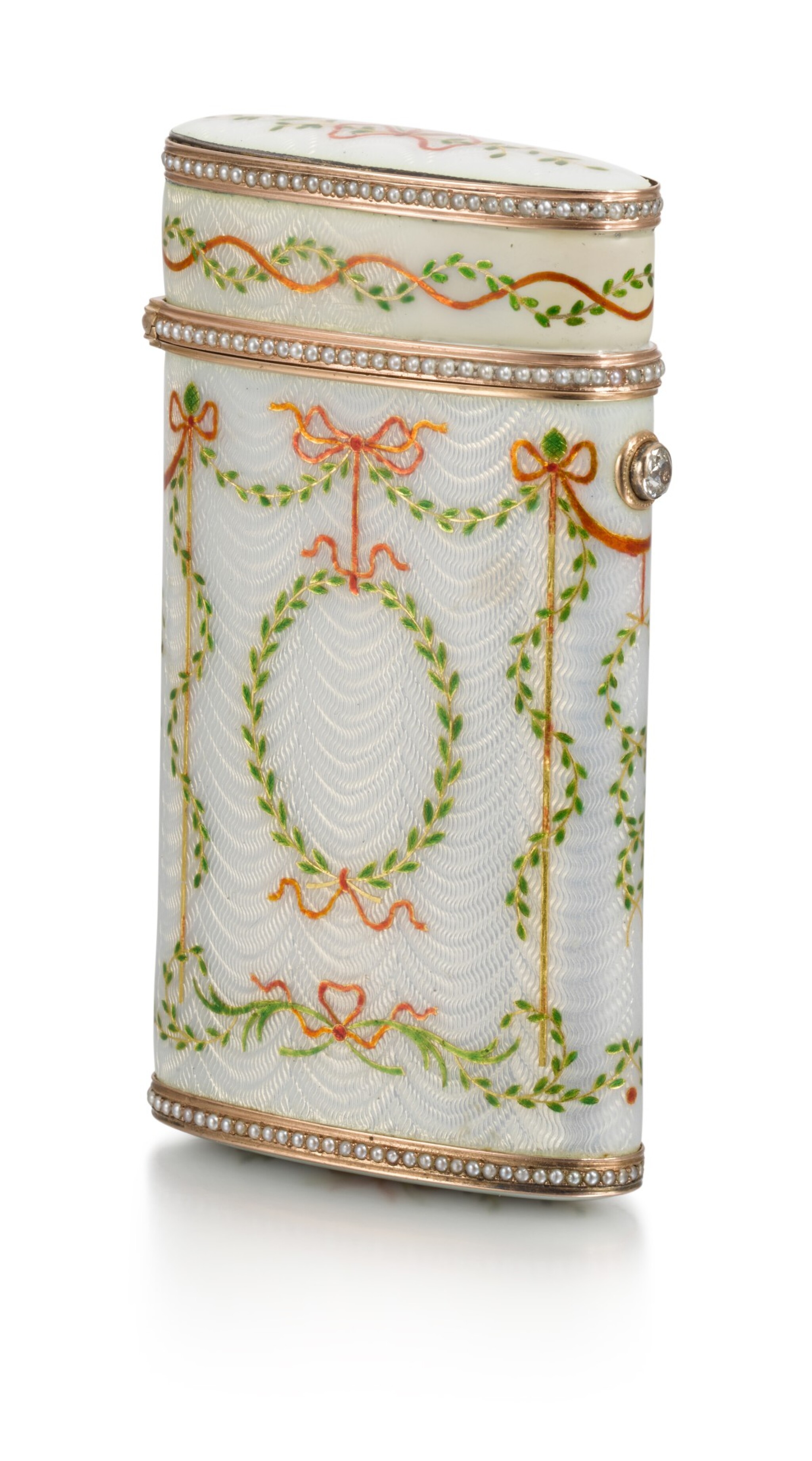 The enamelling technique, garland ornament and colour palette used by Michael Perchin in the design of the present lot relate it to the Imperial Gatchina Palace Egg, also created by Perchin, which was presented by Emperor Nicholas II to his mother the Dowager Empress Maria Feodorovna on Easter 1901 (The Walters Art Museum, inv. no. 40.500). The Easter egg, also by Perchin, presented to Barbara Kelch by her husband in 1899 and now in the Royal Collection (inv. no. RCIN 9032) is also decorated with similar opalescent enamelling and painted garlands.