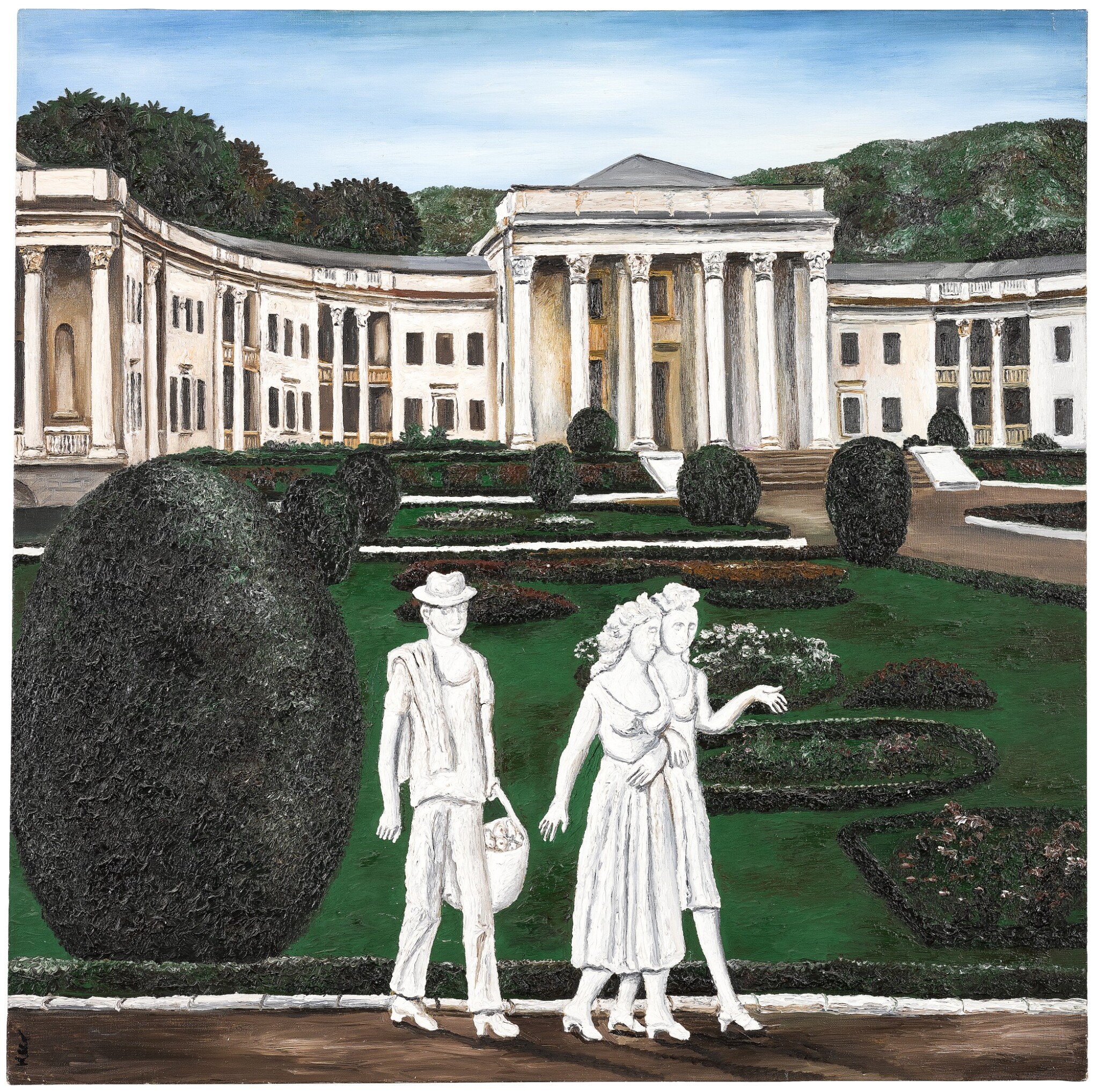 signed in Cyrillic Nest l.l.; further signed, titled and dated 1982 on the reverse and bearing a USSR export label on the stretcher

Original canvas. There is a small area of paint loss in the upper right corner, and some very minor losses to the edges and corners elsewhere. There is a further fleck of paint loss to the path in the lower left. A few minor scratches with associated losses are visible in the sky near the top edge. There is a light layer of surface dirt and accretions of dust to the impasto. Inspection under UV light does not reveal any obvious signs of retouching. Unframed.

In the first half of the 1970s Natalia Nesterova started experimenting with compositions which reinterpreted the official socialist-realist canon: heroic scenes of labour and idyllic scenes of leisure were transformed into surreal phantasmagoria and masquerades by the artist’s ironic brush. Images of Crimean, Caucasian and Baltic health resorts would become key subjects of these fantastical compositions, where episodes of banal resort life are permeated with a grotesque charm. Since the late 1970s, themes of the old city or park have prevailed in Nesterova's work, with passers-by visually assimilated with classical statues and the architecture and thus set apart from a homogeneous colourful crowd.

The monumental building in the present work depicts one of the oldest sanatoria in Matsesta – the largest balneological spa in Russia, located in the wider resort district of Sochi. Completed in 1924 Matsesta sanatorium would become popular among high-ranking state figures, including Joseph Stalin, Leonid Brezhnev and Nikita Khrushchev, who would not only recommend it to their party associates, but also play an important role in its expansion into a resort of all-union significance.