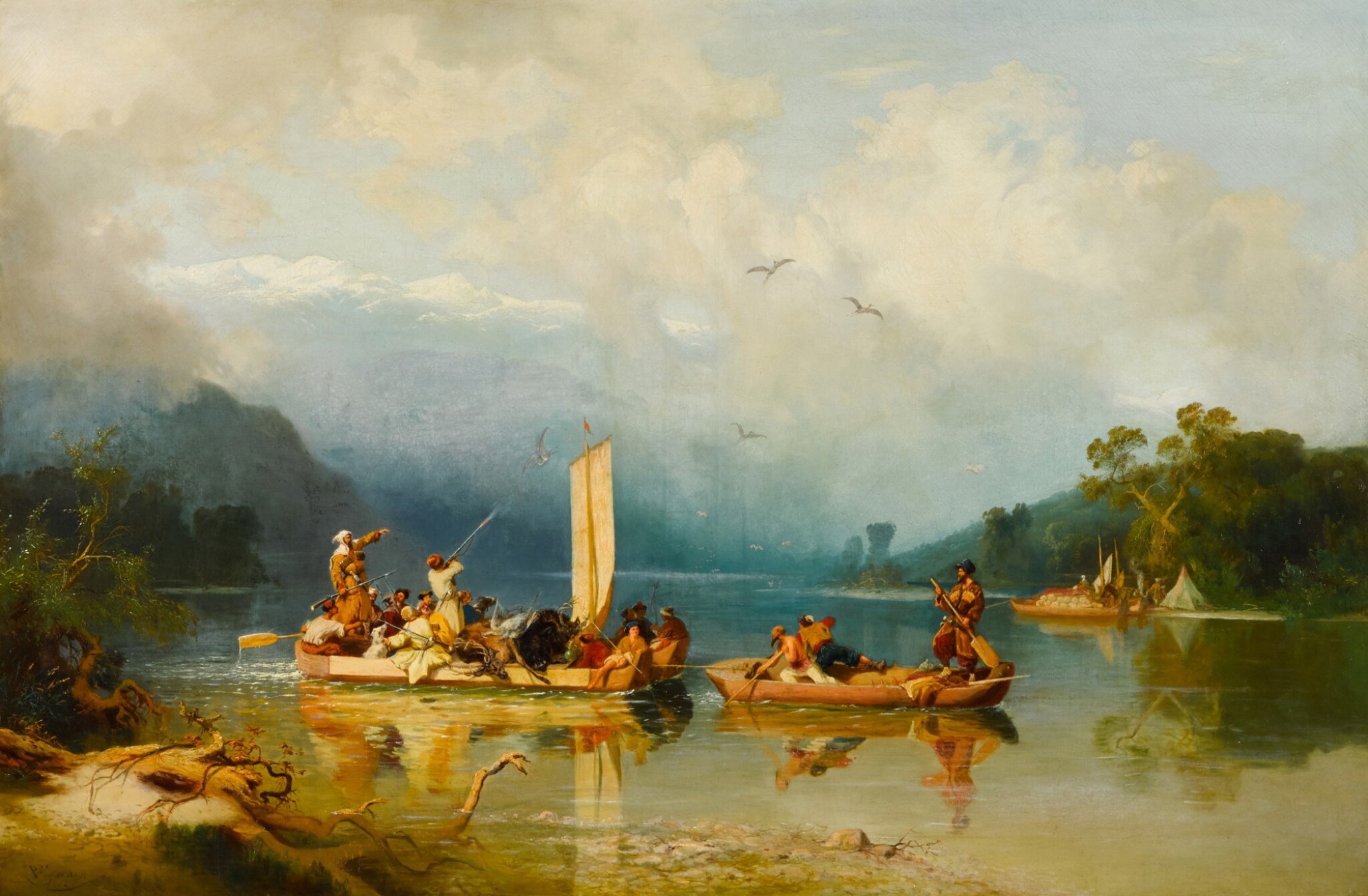 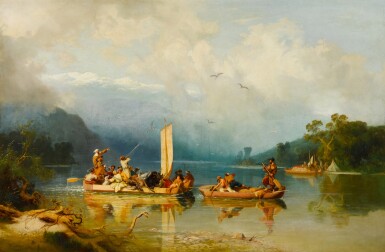 Original canvas. There are frame abrasions at the edges and stretcher bar marks are visible along all the edges and through the centre. There is craquelure throughout, but it is most obvious in the sky and mountains where it is slightly lifting, although this appears stable at present. There are scattered associated paint chips, most noticeably along the crest of the mountains. The varnish has discoloured and the surface is covered in a layer of dirt. An area of retouching is visible above the standing figure on the left. Inspection under UV light reveals the aforementioned area as well as other minor scattered spots, including two areas along the lower and left edges. Framed.

Born in 1819, in Oberbachem, near Bonn, Paul von Franken trained at the Düsseldorf Academy of Arts, and spent the period 1842-1845 in Brussels and Antwerp, exhibiting at the Dresden Academy in 1846. From 1853 until 1860, the artist and his wife, Helene Körper, lived in Tiflis. His time spent there served as a starting point of his numerous journeys to remote parts of the Caucasus, during which he sketched the Caucasian people and landscape. Returning to Düsseldorf in 1860, he spent his remaining years developing these sketches into a multitude of paintings.

These picturesque Caucasian scenes, accounts of the everyday life of ordinary country folks amid the wilderness, are typical of late German Romanticism. The figures in this present work are all clad in traditional Caucasian dress, comprising the double-edged dagger known as the kindjal, the traditional belt which the kindjal and pistols were usually attached to, and breast cartridges.